It's a beautiful day in the King household! An amp I have been searching for for a few years now has finally found its way to me!

1959 Epiphone Devon 1x10 combo, also known as the Epiphone EA-35. This little cub is basically the same as its bigger brother Gibson's GA-8 Gibsonette. Class A, single ended amp with dual 6V6s, a single 12AX7, and a 5Y3 rectifier. Puts out roughly 8 watts through a single 10" speaker. One volume control and that's it! I picked it up for relatively short money, and although a little roadworn (ok maybe moderately roadworn), she's all there! These are quite rare amps that only lasted a single year in this format, and not many were made. The combination of the diamond covering and bikini logo were what initially drew me in when I first discovered these on the internets some time ago. I've been casually hunting ever since, coming across pricey examples once every 14-16 months or so, if that at all.

The speaker that came in it is an older CTS Alnico with a terrible recone, so I'm going to snag an Alltone from the emporium and stick it in there. I'm too excited to wait to share news once the new speaker is in, but my tech let me have a pass with it and one of his older CTS alnicos and it's a heavenly thing! I've got plans for this guy as a studio ace, but also paired up with my '68 Princeton Reverb in some stereo goodness for live shows. Have a look!

(Note the pilot lamp jewel, something I haven't seen on any of the period Epiphone amps!) 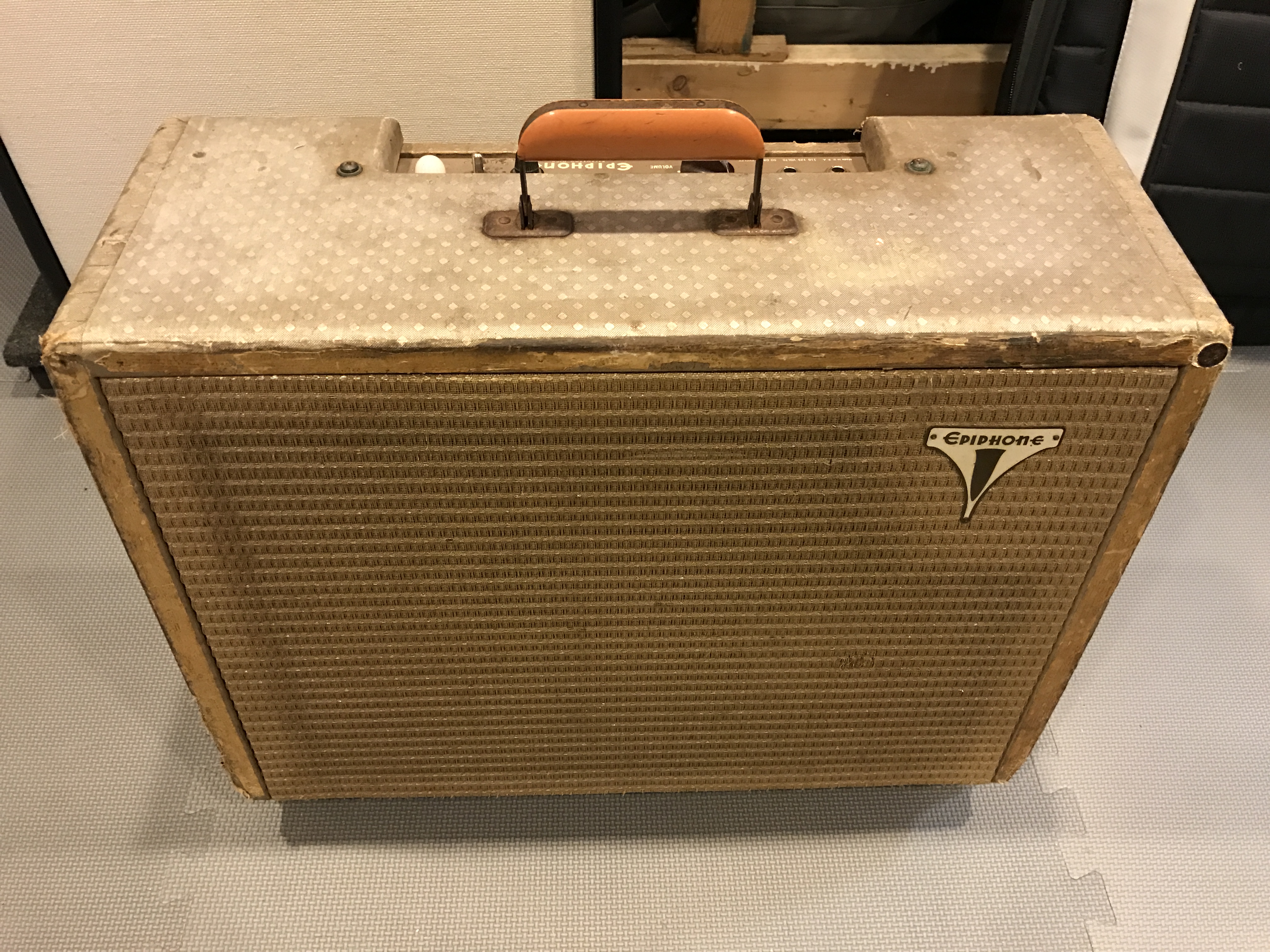 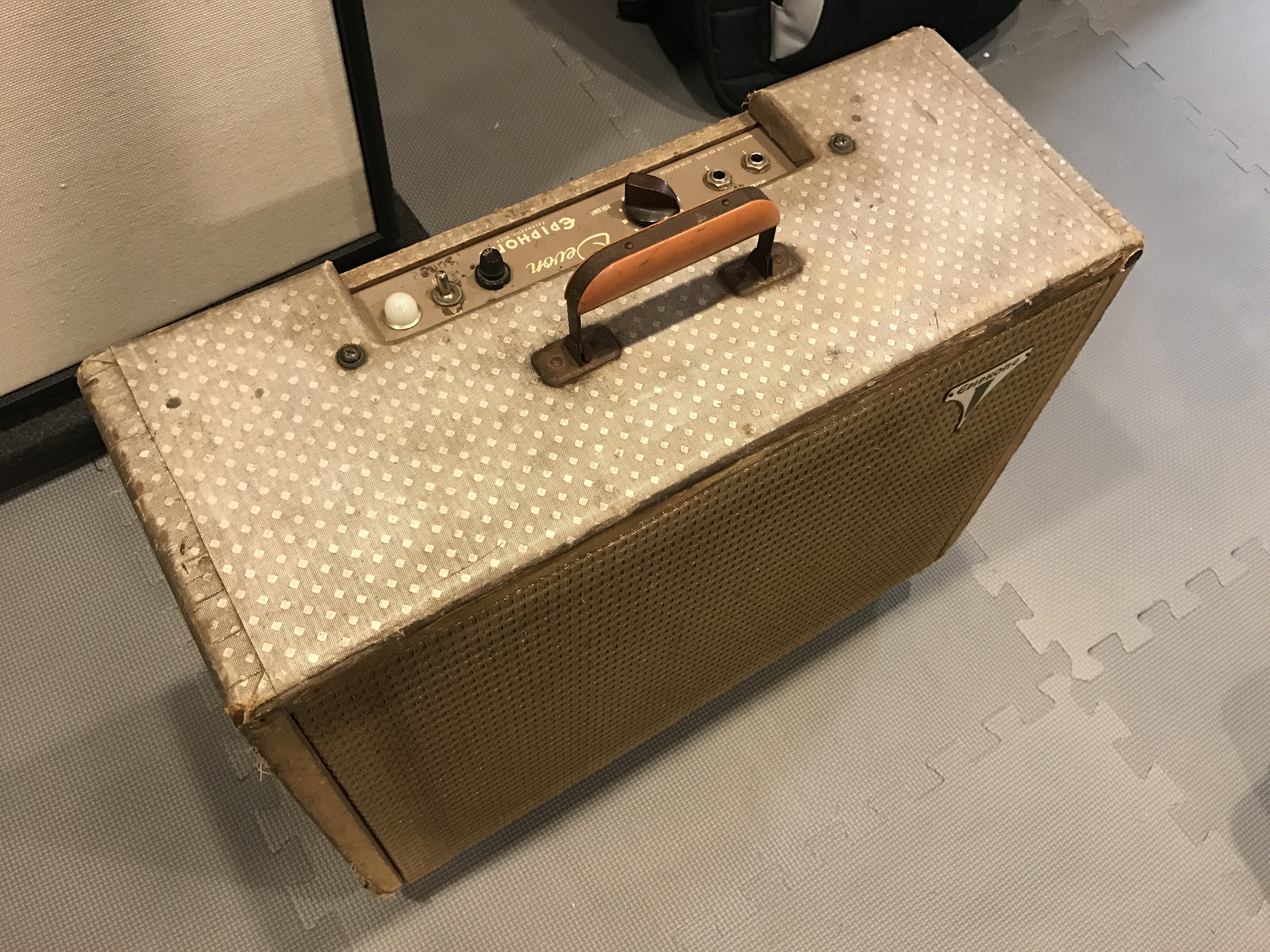 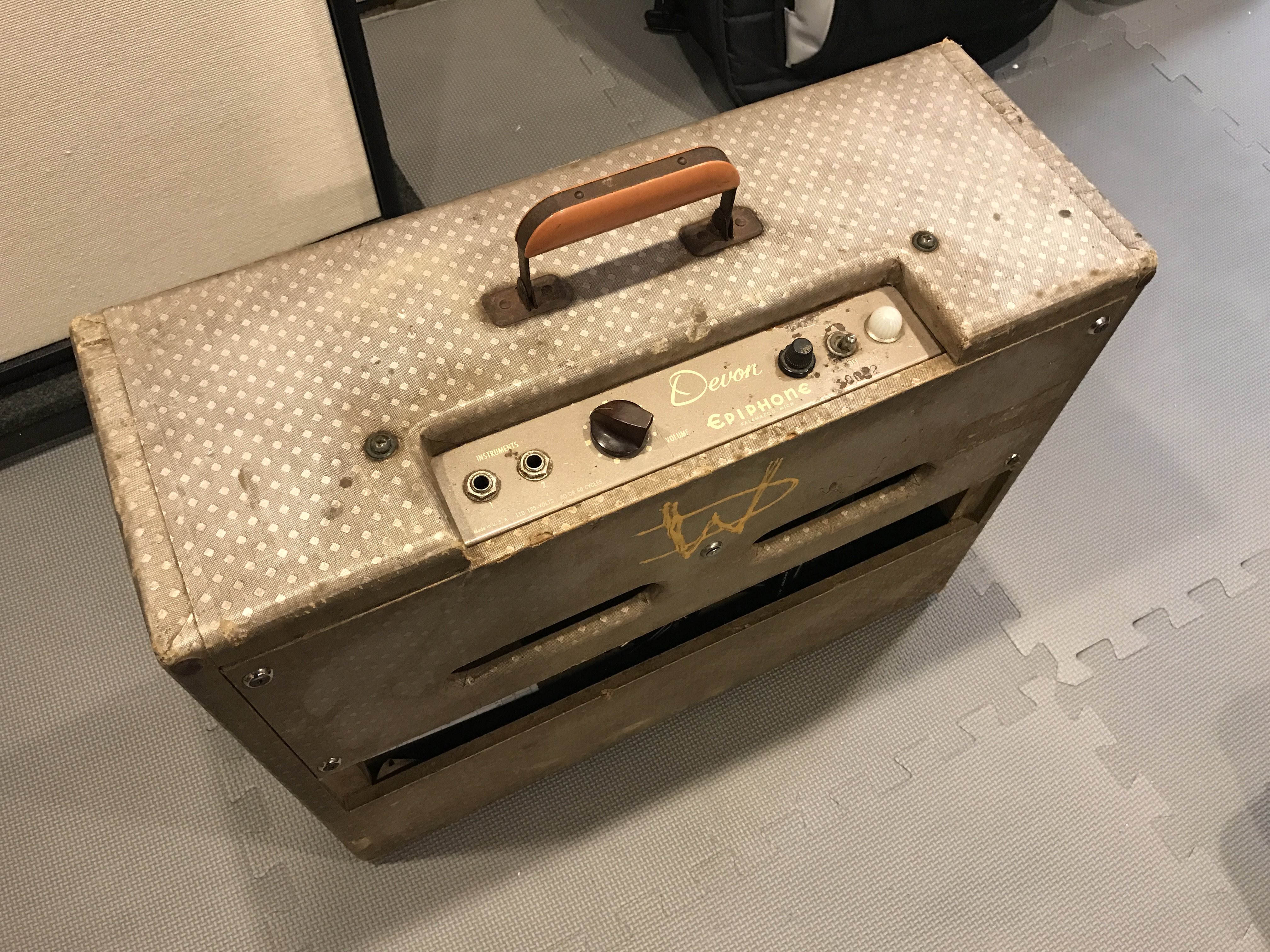 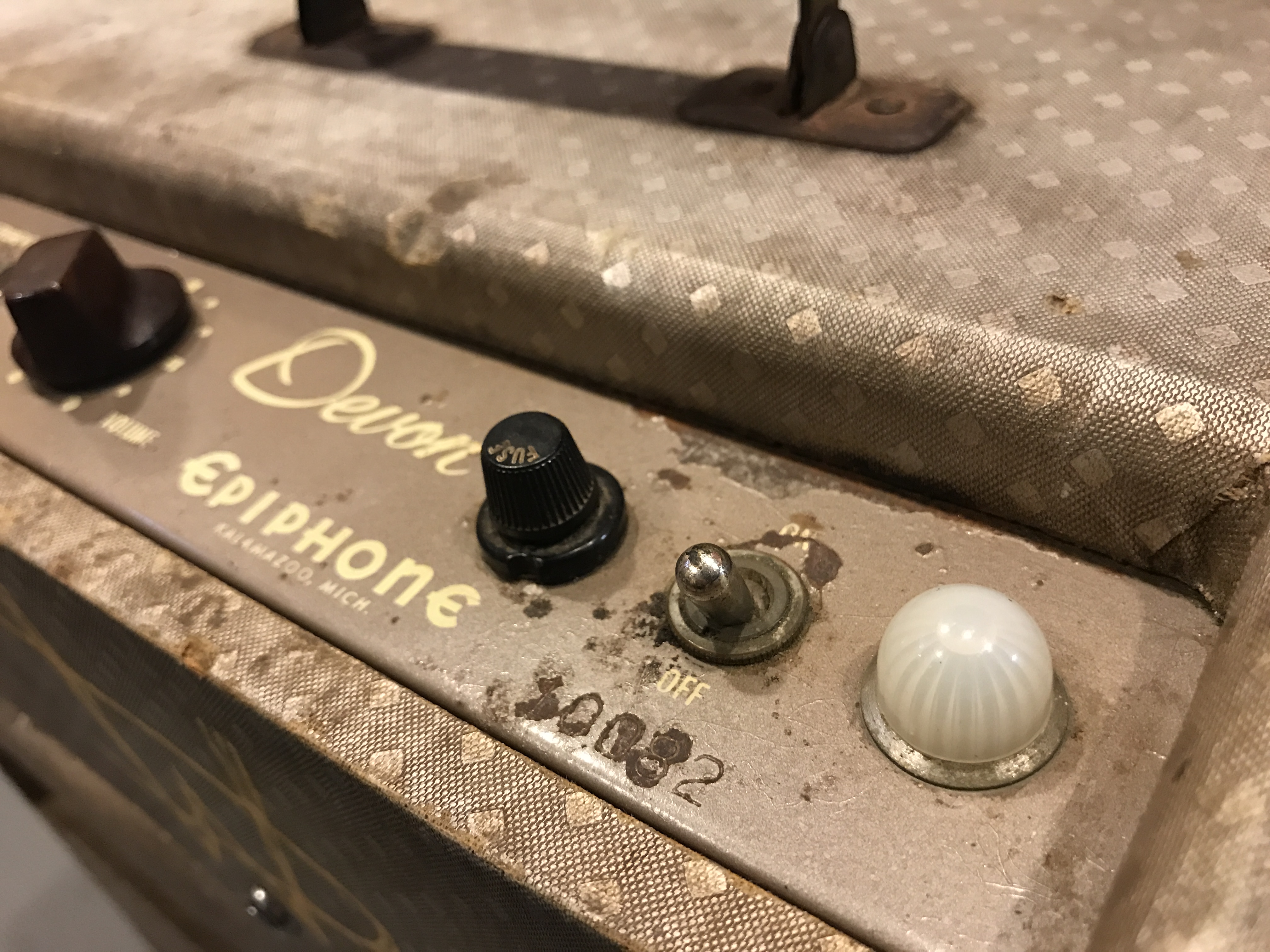 That's really cool - and a great price too!

Great when a long patient hunt pays off like that, Congrats.

Back from my tech, healthy as a horse (so far), and loaded up with a fresh speaker. This amp sounds excellent! Very lively and chimey right out of the gate. It's got a wonderful extended top end even when cranked up that really allows it to cut while also providing some rich harmonic tube distortion. It's a fairly loud amp for 8 watts! I'm going to use it at a gig I have with my band on Friday. Pumped to get it out into the wild!

Here's something I ended up sending over to my younger brother who wanted a quick clip of how it sounded. Nothing fancy, but it reveals some of the characteristics of the amp with its volume up. I think I have the volume around 1:30-2:00 where the breakup is really nice. Dynamically speaking, I'm starting off with a light pick attack, and increasing the attack the third time around that opening riff.

Really nice. Sounds like something I could get some great Jimmy Page tones out of.
Very cool how it seems to be just on the edge of feedback.