New band-how soon do I say something?

Banditt said:
Another thing to do, especially in a new situation...is to casually approach the main offender after a rehearsal. Let them know how lost you are on a particular song(pull the thumb), and might they get together off-line to work out a particular passage?

This avoids embarrassment of the offender...putting them on the defensive... Usually players in a one-on-one situation will hear their mistake. Make them feel like they played a part in the correction and reworking of the toon. It creates a trust level that you are there to create and inspire.

When the next rehearsal happens, give them full credit for coming up with a cool new arraingement. Let everyone know that you are willing to work out any kinks or modifications to make the music better.

It's amazing what you can get accomplished if you are willing to let someone else take the credit. They in their heart will know. And the next constructive point will be better heard.
Click to expand...

It's like vocalists working out harmonies offline in a separate session.
Suggest (the above approach is surefire) that you two get together casually to work out some guitar parts... Even beyond chords... weaving like Ron & Keef, or whoever is relevant to you.
It's usually the "in front of others" thing that falls flat, especially in a new group.
Good luck.
D

Rehearsal is the place to fix mistakes. If someone is playing a C major instead of a C minor, I'm gonna tell them.

I agree with Slybird: If they burst into tears because you correct them, tell them it's not working out and go find another band.

mojo jones said:
I'd say quit the band and work with better players. Are you on some sort of island or ice bridge where there are only so many musicians nearby?
Click to expand...

I'd go with that option. There are always going to be situations where band members hear things differently and you need to stop and figure it out, but if it's as rampant as it sounds, that's probably not the right band for the OP.

I'm not much of a fan of sugar-coating things. If somebody's playing it incorrectly, point it out. I wouldn't bother with recording or approaching them after and pretending you need help.
S

I am a rhythm guitar player in a established band and we have had a somewhat revolving door of musicians over the 11 years we have been together. When others have joined the band and offer suggestions and arrangements of songs that we have been playing for years, I am always wide open to song improvements. Its all in the way the person presents it to us. Be cool, positive and friendly about it. Simple as that. My band is always open to suggestions as long as the person is being positive in their approach to us.

wait, did you join the Rolling Stones or something??

People, he's the new guy. It's a cover band. Relax.

Yes, people have egos. But quitting because they get a few chord wrong? Now who has the ego? You can probably correct things, especially if you do it in a nice way.

Personally, I wouldn't do it in the first few rehearsals. That's the time to gel as a band. Try to see where you fit in, part wise and person wise. They had the band before you, wrong chords and all.

If you want to correct something, try this, "hey man, what are you playing in the bridge? it sounds funny, maybe I have the wrong chord." This doesn't assign blame on anyone and opens up a discussion where you can work the part out together. Have your iPod handy to play through the PA so you can hear the song in question. Then you don't come off as a pompous dick. And pick your battles - fix the glaring errors, a few at a time. Don't bombard them with corrections for every song. After awhile it'll be almost like a running joke, "uh oh..........it's time for Captain Correction to rear his ugly head!" There's a difference between appreciating that you like the band so much that you want them all to look good, and bitterness towards the "chord nazi"

My bass player is a stickler for stuff and he is not afraid to point out my wrong parts even on songs I've played that way for 10 years. Of course I whine like a baby and he just smiles and makes me do it right. And then at the gig I make a big point to SHOW him that I'm playing it his way and we both chuckle about it. I'm such a dick, but he's nice enough to put up with me. As much as I hate changing a part that I have played for years. he has much more experience than I do and I bow to his request.

Thanks for this thread.....I'm just happy that other posters feel good about posting real world band issues here.

As far as your problem with the other band members goes, I would try to educate them slowly....very slowly. Maybe start on new songs that you learn and work your way back to songs they were already playing so as to not offend anyone or come off like a know it all.....

Are you in my Band?

Seriously, I know where you're coming from. THis happens all the time in my band. ALL the time. I get bent out of shape about it sometimes, but then again, I guess its just about how correct you want to be. For instance, we often play songs in the wrong key or maybe play a wrong chord, purposely or accidentally, prob because someone in the band (usually the singer), figures out an arrangement on acoustic. It used to drive me nuts, but then again the audience has yet to figure out we play a few of these songs wrong, and go nuts anyway.

My suggestion is to bring the songs you want to work on arranged, so if you have to, youcan coach them up.

stbhorn said:
I am a rhythm guitar player in a established band and we have had a somewhat revolving door of musicians over the 11 years we have been together. When others have joined the band and offer suggestions and arrangements of songs that we have been playing for years, I am always wide open to song improvements. Its all in the way the person presents it to us. Be cool, positive and friendly about it. Simple as that. My band is always open to suggestions as long as the person is being positive in their approach to us.
Click to expand...

For fragile personalities, consider a compliment sandwich, i.e. tell them it sounded great, point out something that could be improved, repeat that you thought it sounded great overall.

burningyen said:
For fragile personalities, consider a compliment sandwich, i.e. tell them it sounded great, point out something that could be improved, repeat that you thought it sounded great overall.
Click to expand... 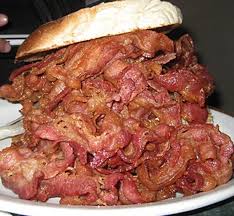 burningyen said:
For fragile personalities, consider a compliment sandwich, i.e. tell them it sounded great, point out something that could be improved, repeat that you thought it sounded great overall.
Click to expand...

"Man, I really dig those shoes, but that chord you're playing is not the right one, even tho it sounds great thru that amp!"

Who said these guys had fragile egos? I didn't read that in the OP.

IMO if someone tells me something I am doing isn't right, I try to make that improvement. I am sure most musicians would as well, especially if you are in a band with them. I think the only time ego or 'butt-hurtedness' might come in to play is when one's ability is the limiting factor. For example, you want to play Dust in the Wind, but the guitar player doesn't finger pick well at all. Even so if you are tactful about it, a reasonable person should realize that maybe he shouldn't be performing material that is way beyond his current ability.
Last edited: Dec 8, 2015

You don't have to read it in the op to know that a new member of a band doesn't need to come in and immediately start telling the other members, who just hired him, that they're playing the songs wrong, even if he is 100% right about the songs....it's just common sense....you gotta use some tact....

It may also help if you can talk/jam with him one-on-one before or after practice one day. I have a yahoo in my band who insists on "correcting" my playing (even though he's the one who is off) in front of the whole band. When I inevitably correct him, it's always one-on-one.

I wouldn't wait around for too long. I have been the good musician in a crappy band. Another time I became the weak link of a band. It's stressful either way. Being on the same level is important to compatibility.

I would also say ASAP. Things like incorrect starts & stops just end up being bad habit. If they don't know they're playing it wrong, they will continue top play it wrong.

Lance said:
I would also say ASAP. Things like incorrect starts & stops just end up being bad habit. If they don't know they're playing it wrong, they will continue top play it wrong.
Click to expand...

I ran sound for a band who's keyboard player always played a wrong note in the piano motif of "Someone To Lay Down Beside Me." He couldn't hear it was wrong, and the band just got used to it. I still hear it in my head, whenever I hear that song.

I think treading lightly and slowly is the way to go, especially if the band has been a successful working unit before you joined them. I'm all for getting things right, but I'm for doing it in a way that doesn't pi$$ anybody off, mess up the gigs, or rock the boat.

I do know what you mean. Had a keyboard player who used to play the chorus sequence wrong in, Low Spark of High-heeled Boys. He would play F C G, instead of C G F.

Is there a band leader? Like, a designated arranger or someone responsible for charts in the band?

In my experience the best way to make sure everyone is playing the correct part is to show them the part, assuming guys who've "played for years" have the same ear or ability as you can be a bad practice best stopped asap.
You must log in or register to reply here.
Share:
Facebook Twitter Reddit Pinterest Tumblr WhatsApp Email Link