I just got this today. Specifically it is an E-LP-130ALS model, with Slash pickups (Duncan APH2's). One piece body and one piece neck, long tenon, nitro finish, SD APH2's with CTS pots, Gotoh hardware, etc. Weighs in at 8 pound and 3 ounces. All for under 700 bucks.

Big shoutout and thank you Whittlez who gave me loads of advice in shopping for an MIJ LP. He was a huge help. Thanks!!!

I'll post a more detailed review tomorrow when I have had more time to sit down with it. But just from going off the hour or so today I spent with it, I dig it a lot. Lotta guitar for the money.

Congrats. I had an Edwards LP years back, and really enjoyed my time with it.

I bought an Edwards LP custom a few weeks ago and am loving it! Every bit the LP as my Gibsons...

And now for something completely different!

Wow! That's frigging gorgeous! It's amazing the guitars you can pick up these days for not a lot of dough, especially if you can look past the name on the headstock. I just picked up this Agile 3500 LP with upgraded SD pups and am really digging it.

Oh Hell yeah. I've always liked those Edwards.. Saw one at a local shop. I should have bought it right there b/c it was gone 2 weeks later.

How are those Slash pickups?

Nice! Hats off to ESP, who is doing a great job with these. They're providing everything the average person wants in a LP, and nothing they don't, all at a very reasonable price. I'd love to see an x-ray of the insides of one of these to see if there is any weight relief going on to get it down to 8 pounds, or if they're just solid mahog through and through.

Sorry for my ignorance.

Where, do you have a link?

Are the frets jumbo?

I have too many questions, I can't catch my breath.

Nice! I have an Edwards ALS 135 with the Seymour Duncan Antiquities, and it's become one of my go-to guitars. Can't go wrong with a nice Edwards LP.

So, did you buy this direct from japan or someone in the states?

TremoJem said:
Sorry for my ignorance.

Where, do you have a link?

Are the frets jumbo?

I have too many questions, I can't catch my breath.
Click to expand...

I bought it used. Specifically from a site called Ishibashi.

I wanted a nitro finish so I was looking at the Edwards ELS models. (Standard LP, Lacquer). Initially I wanted a regular 130ALS, which has Seth Lovers and I came across this. Cost was around 540, plus 140 in shipping and fees, shipped to my house straight from Japan. ($680ish total) I believe new, they're around $900. So I think I got a decent deal because it was used, with a couple of dings, and the Slash model doesn't have the pickguard or Antiquities.

I would describe the neck closer to that of a 60's LP. It's definitely not a baseball bat. It's on the thin side. I used to have a Les Paul Classic, and this is not quite that slim. I believe the frets are medium jumbos.

A couple of quick things:

1.) I paid for this late Friday afternoon. They had shipped out on Saturday. And I got it on Tuesday. All the way from Japan, to Cincinnati. To, me that's crazy fast. Also, this particular site has an international contact who I dealt with through email. He was super helpful and there was no language barrier whatsoever. The whole process was shockingly easy.

2.) The guitar does have some finish flaws. I'm usually not too worried about that type of stuff, as long as it's nothing major. And these aren't. It's got a little checking, really just a couple of small cracks in the lacquer. And a ding here or there.

They also described it as "The truss rod doesn't have many turns left" or something to that affect. I asked about it, made sure the neck was currently straight and decided to roll the dice. I figure, it's a few years old now and as long as it's straight now hopefully it won't move much. And even if it does I may have enough to left or I can get heat treated or something. But the biggest thing I took away from it, is the fact they check it and divulged it. I don't know a lot of places that would bother to do anything with it as long as it was straight. But apparently they do.

I'll write a little review on all of it when I get home tonight, for those who are curious.
O

nightbird said:
So, did you buy this direct from japan or someone in the states?
Click to expand...

I've also had my John Sykes Edwards Les Paul for about 10 years now and it is still one of my favorite guitars. I even sold my Gibson LP Standard because I liked my Edward so much more. Over the years I've been tempted to buy another Gibson LP, but nothing has been able to dethrone my Edwards. They're just great guitars made for reasonable prices.

nightbird said:
Wow. With guitar stores going under across the U.S. because of the overhead and slow sales, you bypass them and support the Japanese economy. If a store sells equipment from other countries at least they are supporting sells people, delivery people and management. Even if you buy a used guitar from someone on craigslist, reverb, or the Gearpage you're, at least, putting money into the hands of fellow citizens.
You and your buddy Whittlez should be real proud. As long as you get yours, screw everyone else.
Click to expand... 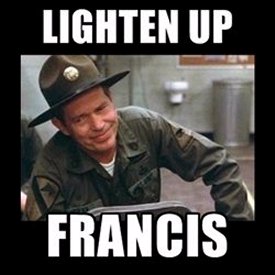 Wow are you serious? He has some responsibility to buy domestically? He should be ashamed that he bought a Japanese version of something that would cost 4 times that with an American company's name on the headstock?
You must log in or register to reply here.
Share:
Facebook Twitter Reddit Pinterest Tumblr WhatsApp Email Link