So I just recently sold an Ashburn I had - A rosewood board Daphne blue one - (to a TGP member - who was really happy with it) and found myself missing it. Except I was really looking for a maple board, which I thought would suit what I wanted out of the guitar more.

I bounced up to Sam Ash here in town (NYC) and I tried an Ashburn in Inca Silver with maple board and compared it to a Fender Elite Strat and the new Professional Series Strat (all with maple boards). The Elite is very good of course, but not my cup of tea, the Pro series was ok, but the Ashburn just sounded so sweet and alive. And while I was tempted to get in there on the spot I checked Reverb and found lo and behold - an Inca Silver Ashburn with a maple board for $1k. And it looked in superb condition. Reverb itself was offering 17% off the sellers price as some sort of holiday sale and I had $50 credit at Reverb from a prior ttransaction - so I realized I could grab it for literally half price. So I ordered it while getting a coffee across the street from Sam Ash. (Sorry guys - but you know I have bought mucho from you guys all the time!)

Anyway - the Ashburn showed up Tuesday and I am floored. 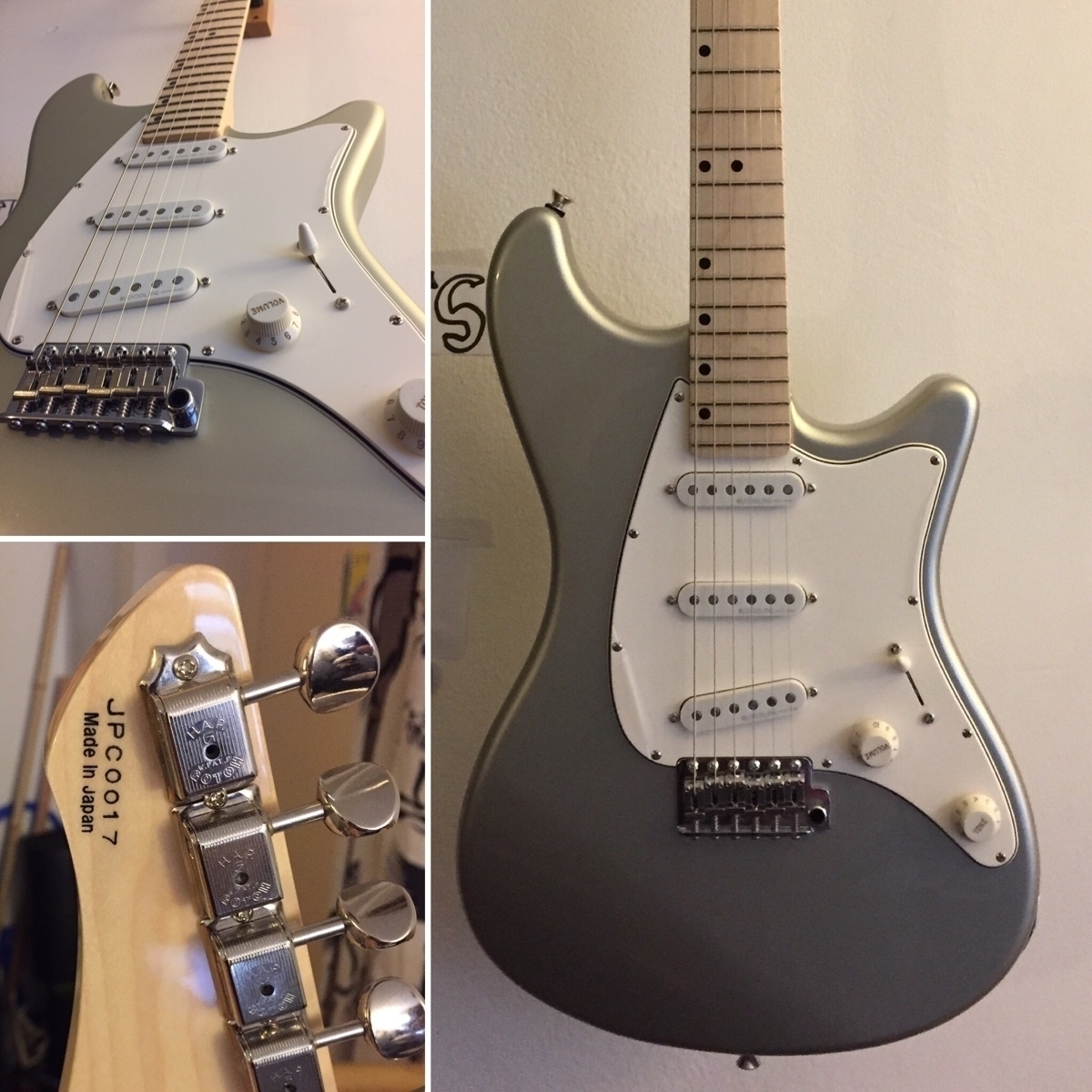 Looks real nice next to her AJ cousin...

Like I said I had an Ashburn before and really liked it, but this one is somewhat different. I looked at the serial number and it's #17. And the neck has a different profile and it's got a semi-gloss on it. All the other Ashburn's I've played - and the one I owned prior (and I have an AJ from them too) are satin finished necks - not gloss. I didn't think they came this way.

And the neck is just - butter. The whole fit and finish on this is outstanding (the one I had before as fantastic - this is just that much better). The pickups are articulate and sparkly and warm and it plays like a dream. The neck feels like a early 60's strat profile actually - like a 61/62. Different than any other one I've played from JPC.

So this was a great get for me overall - it;s become my new #1 by a mile. I'm still wondering about the difference on with the neck from other production Ashburns I've seen. I'm guessing that because it was one of the first numbered models it might have something to do with it. I asked the seller where he picked it up and all he would say was that he was "in the right place at the right time."

Love it. Never seen one in Inca silver.

You got one of the first generation Ashburns. The gloss neck was only on the first couple batches we made. Enjoy the guitar. Sounds like you got a great deal. Happy holidays!

I'm in the 34th St Sam Ash a lot and have gotten to know a lot of the John Page guitars they have there. I'd like to buy from them/support them but they are just overpriced for what you get. The other day I had the manager tailing me around the store telling me he can get rid of the tax...
D

Can anyone comment on how the stock pickups compare to some well known strat pickups out there. Fender, Lollar or Duncan Antiquities for example. Local dealer has a couple of Ashburns and I'm tempted, haven't had a SSS guitar since the late 80s.

You got one of the first generation Ashburns. The gloss neck was only on the first couple batches we made. Enjoy the guitar. Sounds like you got a great deal. Happy holidays!
Click to expand...