NGD - Happy 4th of July everybody and Happy Birthday USA. I love this country!

Came in last week and she is awesome.

I almost did not buy this guitar. The fact the PRS pups were taken out was almost a deal breaker. But, the original Dragon pups were included so my initial thought was...when it comes in I will make her original again. After AB, AB, AB with the VIG pups with my other PRS guitars with original pups, for about an hour. I decided, what the hell why not. I would never do this to a PRS but since it was already done by someone else, I'll just leave it. The Vigs have a slight roll off on the top end and are a tad bit smoother and mellower than my other PRS guitars. I figure for the sake of a wider tonal pallet I'll let the Vigs stay in for now. After all I have the option of the Dragons later on if I decide to change them. Man, what can I say about Wide/Thin necks, I love them. Since CU 22 usually have a Wide/Fat neck I decided she is different enough from the norm to take the plunge, so I did. She has a beautiful top but she is not a 10 but WOW she is beautiful.

I almost forgot, she is the lightest weight wise PRS I have ever owned. I need to weigh her. 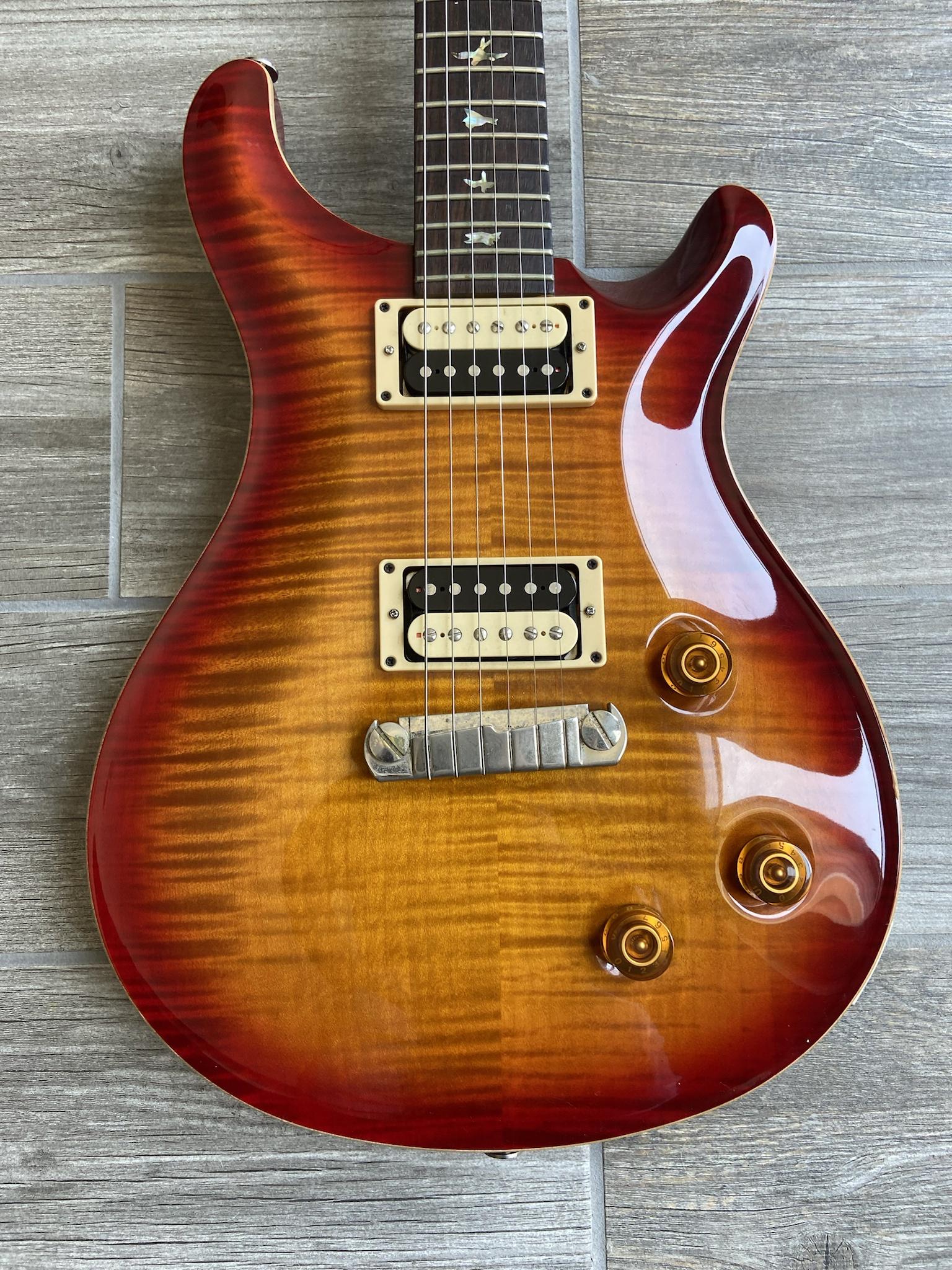 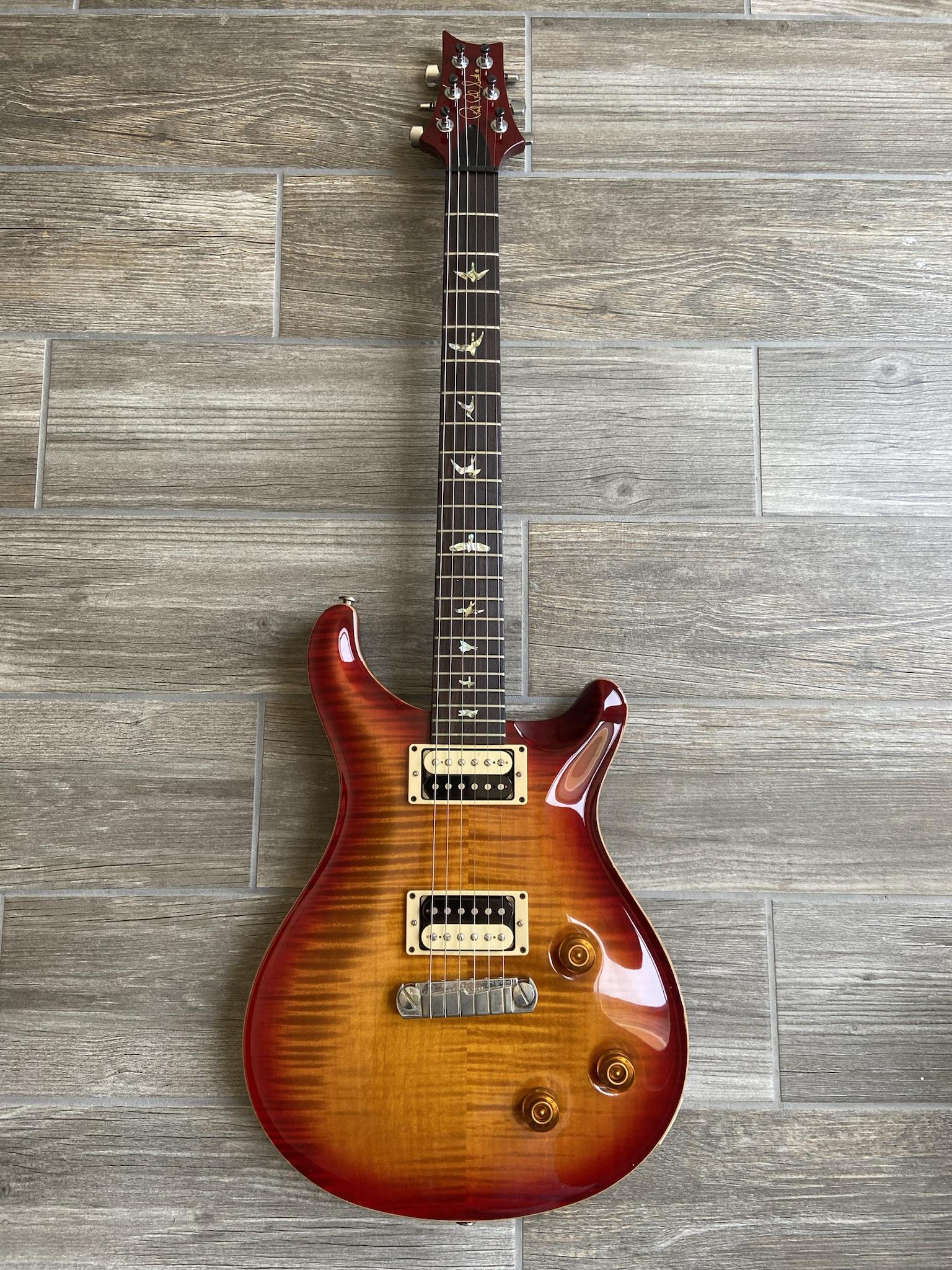 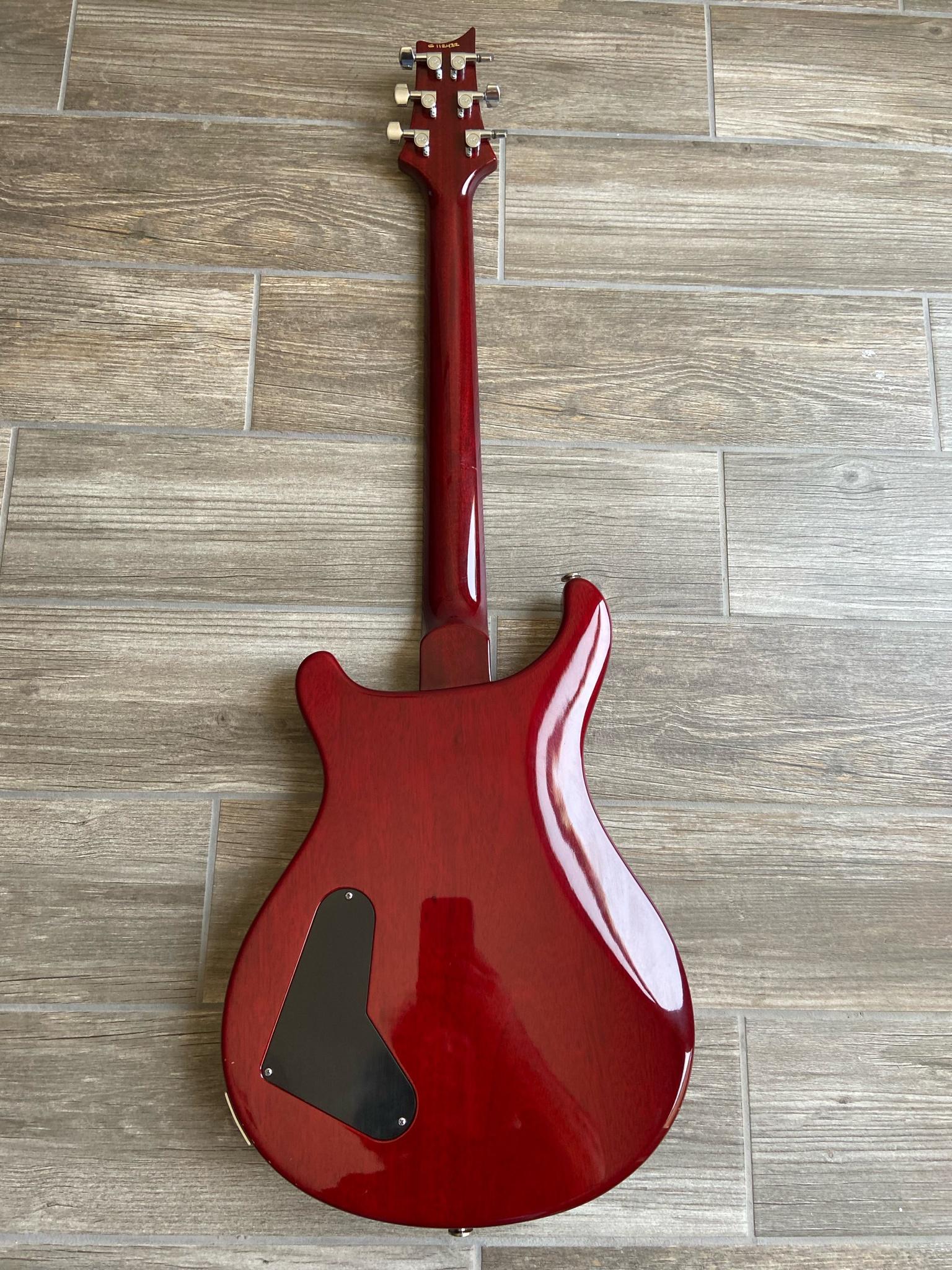 They’re incredible guitars. I have a 93 version…. Just love it……
J

Nice top! The zebras look good on it!

I'm on the lookout for a Custom 22 but with a wide fat and preferably a trem.