Not a big Ted Nugent fan at all...

cdntac said:
How many anti-drug, anti-alcohol rock stars do you hear about?
Click to expand...

That's one of the things I appreciate about Ted as we both have that in common.

Ted Nugent's guitar playing is definitely in the bed rock of what became heavy metal and even punk rock, the latter maybe more than people realize especially considering the persona and his latter political advocacy. Nugent played hard, heavy and fast when that was kind of a new thing. These things are pretty impressive.

I think while Nugent could still play (and still can), he kind of blew it with his ego and blowing up the St. Holmes band and I haven't really liked much else he ever did.

Outside of that, I think he is a total nut.
T

cdntac said:
He's actually quite a nice guy. He'll do more charity work for kids, cops, military members, etc in a week then most of us will do in an entire lifetime.

He's blunt and honest and won't hold back if you ask his opinion.

How many anti-drug, anti-alcohol rock stars do you hear about?
Click to expand... 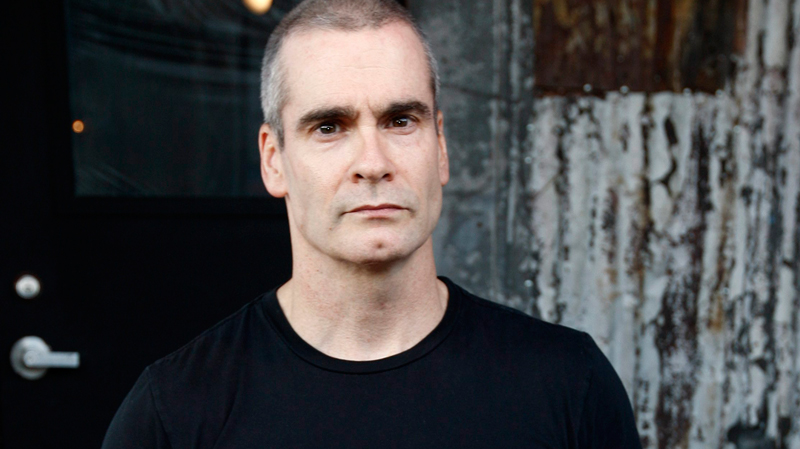 I'm a fan of Ted's music. But I have a real hard time getting past his political views. Just seems to me that if you poop your pants to get out of going to war when you're a young man, maybe you shouldn't turn into a gun toting war cheerleader when you're an old man?

Henry is one dude I can actually stand listening to when he's talking and when he's singing. Uncle Ted, not so much.

I dont like anything he did after Double Live Gonzo. The other day in my record store someone brought in a buch of classic rock live albums. DLG , Judas Priest Unleashed in the East,UFO Stangers in the Night, KISS Alive, Foghat Live. I deceided to give them all a spin and relive my high school days. I was surprised to find that DLG sounded the best to my ears. Its the one that for me held up the most. The guitar playing and tone are outrageous. If you havent listend to that album in a while do yourself a favor and check it out.

flyroper said:
I'm a fan of Ted's music. But I have a real hard time getting past his political views. Just seems to me that if you poop your pants to get out of going to war when you're a young man, maybe you shouldn't turn into a gun toting war cheerleader when you're an old man?
Click to expand...

I agree. Ted pissing and pooping his pants, or whatever unhygienic steps he took, to dodge Vietnam makes his "gung-ho" mantra feel inauthentic and a bit embarrassing to say the least.

He still plays a mean guitar though. Can't deny that.

damn Uncle Ted can still rip it up. Derek sounded awesome too, I think his voice sounds better now than on the original album cut.

I will definitely admit to being a 10 year old with a tennis racket in my hands jumping up and down on the bed doing the Wango Tango, sure. Very ballsy rocker that Ted is!

Lution said:
I agree. Ted pissing and pooping his pants, or whatever unhygienic steps he took, to dodge Vietnam makes his "gung-ho" mantra feel inauthentic and a bit embarrassing to say the least.
Click to expand...

Do you know how many times he's stated that he made that up to mess with the reporter?
T

Lution said:
Henry is one dude I can actually stand listening to when he's talking and when he's singing. Uncle Ted, not so much.
Click to expand...

Same. I agree with a lot of the stuff Hank says. Maybe not everything but he's a smart guy who's well-read and incredibly well-traveled so at the least I respect anything that he says. Plus he was in Black Flag and, with respect to Ted, I'll take Black Flag over any Nugent record any day.

I got a kick out of watching this interview. Cool show too.

rspencer said:
I agree. And when you see him discussing politics with someone, it seems many are surprised that he is intelligent & can give his reasons for his beliefs. He can be a bit over-the-top, but he always has been. Musically as well as politically. He likes to take the less serious road. His "Wang-Dang" doesn't lead to "Doodle."

The guy is an awesome player in my book. Master of feedback manipulation. Writes killer riffs. I love his lead phrasing. Lots of Ted leads I can't imagine anyone else playing; the phrasing & note choice are so "him."

Funny, I don't know if I've ever listed him in my top 5 for any polls/lists, but thinking about it, he's definitely been an influence. Feedback grew to be part of "my" sound, and in a big part because of him. "Cat Scratch Fever" was one of the first songs I learned. And "Great White Buffalo" was my holy grail song for a while, the one I was determined to learn & play well.

If you've never seen him live, do it. It's hard to not have fun at a Ted show.
Click to expand...

I always thought he was at least reasonably intelligent as far as his music goes and especially in his ability to manufacture and market an image, he most certainly hit a home run with that. The whole "madman" image is pure clever.
It is when he opens his mouth and starts talking that I question his intelligence and sanity.

It is very admirable that he is monogamous and doesn't try to play up some perverted lifestyle or super pothead image or all the other crap that use to be popular for musicians to do (and still seems to be). That is indeed a breath of fresh air in the contrived world of "rock superstardom theater".

There was a period when Ted sort of fell back into the woodwork but as it turned out, he was in the woodshed. This is a great album, some of his best guitar work and Brian Howe is fantastic.

If I stopped listening to artists with whom I don't agree politically, I'd have about three albums in my play list.

fusion58 said:
Ted's music was ubiquitous when I was a teen in the 70s, and I was a big fan of the first two records. Saw Ted opening for Bad Company in '76 - he really destroyed the headliners that night! And even though I disagree with almost everything he stands for, I still find it hard not to like Ted as a human being. I appreciate his humor, bravado, outspokenness and "let the chips fall where they may" style.
Click to expand...

cdntac said:
Do you know how many times he's stated that he made that up to mess with the reporter?
Click to expand...

I can't believe anyone took it any other way. What a gag.

Does anybody know who played bass on "Center of the Mind"? That is amazing!
S

I think Ted is great. I don't listen to him much anymore but he still rocks and makes me laugh. Agree with him or not the man loves his country.....and I should stop there. Haha
You must log in or register to reply here.
Share:
Facebook Twitter Reddit Pinterest Tumblr WhatsApp Email Link