NUGD from GC (AKA the day I won the game)

Grrrrrreetings! Welcome to my New Unnecessary Guitar Day! So this requires a little set up, I recently had the opportunity to pick up a really clean, great condition JS1200, which is kind of one of those would like to get but don't need things because A) I'm a Satch fan and B) I already have a JS1000 so it's redundant but RED! I unfortunately fell in to the overthink trap and decided to, not really low ball the seller but, attempt to keep the cost for me under a certain price point. It was already at a great price, better than I've seen in a long time. Unfortunately while waiting for a response someone sniped it from under me. So, in a grudge mood, I circled around to a Peavey HP Special I'd been watching on the GC website for a while. A long while. I'd always wanted one since they released them but never really could afford one and then once I could, they'd been discontinued and fell out of mind for the most part. I'd look at them every once in a while but never really seriously. And I know they're great bang for the buck guitars as they're on par with the old Wolfgangs quality wise but just don't have the pedigree.

This one intrigued me. It's blue, and I love a nice blue guitar. The flame looked great and, from what I could tell on the crappy pics, it looked pretty clean. I could also tell that it was misidentified as a flat top and priced incredibly low for one of the carve top figured models. Not the original pickups but Duncan's so I guessed likely JB/Jazz or some common variation. Figured I could just put something of my own choosing in because the price was great so I called inquiring about the case and if there was one because it wasn't listed. The guy put me on hold and came back and said yeah, looked like there was a hard case for it. I thanked him, got off the line and thought about it for a bit. I didn't need another guitar, certainly. But it was calling to me so I made the purchase. Took about five days, it arrived yesterday in a smallish box that I knew could not possible hold a hard case. I opened it up and yup, no case, so I called the store back. The fellow there was very nice, checked in to it and told me the other guy confused this guitar for another and there was actually no case but offered to sell me one. I politely declined as I don't really NEED a case, I have plenty and the guitar had arrived just fine and was well packed. Once I got all of the bubble wrap off I was happy to find that it was in very good condition with just a couple of small scratches, a bit of fret sprout and mostly just needing a good cleaning. I took it home at lunch and spent the next 6 hours at work waiting to get back to it. Once I got there I started the process of removing strings and doing a good cleaning and decided to pull the pickups and see exactly what was there because they sounded pretty good. Took the screws out and flipped the bridge to discover a Duncan Custom Shop Greenie. I'm pretty sure I stopped breathing for a minute. Put it back in and flipped the neck to find it's brother. I was thinking about putting in a Dimarzio AT-1/36th Anniversary coupling but I may leave it this way for a while and see. I just feel like my dollar to value ratio went through the roof here.

Haven't really had a chance for pics, but here's one to keep the gallery happy... 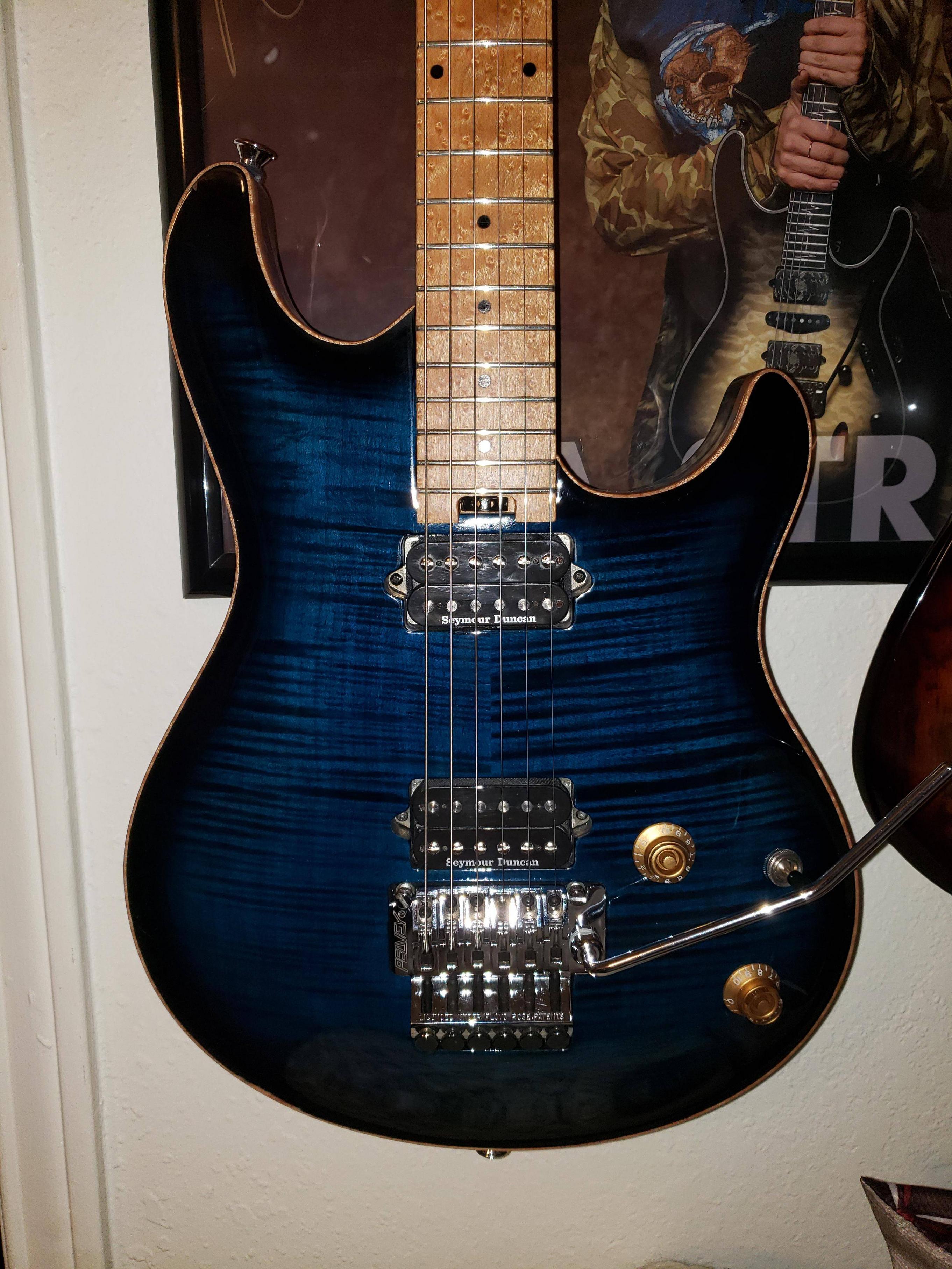 Congrats! I love HP Specials. I myself have a flat top model but it's probably my favorite all around guitar. I'd been watching that one on GC.com myself, but more from a "Gee I wish I could buy that" perspective instead of "I'm going to buy that" perspective. I love that blue burst (moon burst they call it) finish. One day I'll have one.

Here's a not so great pic of my FT model. Like I said, I love it. I recently changed the knobs to knurled barrel knobs. Plays like a dream and sounds awesome. 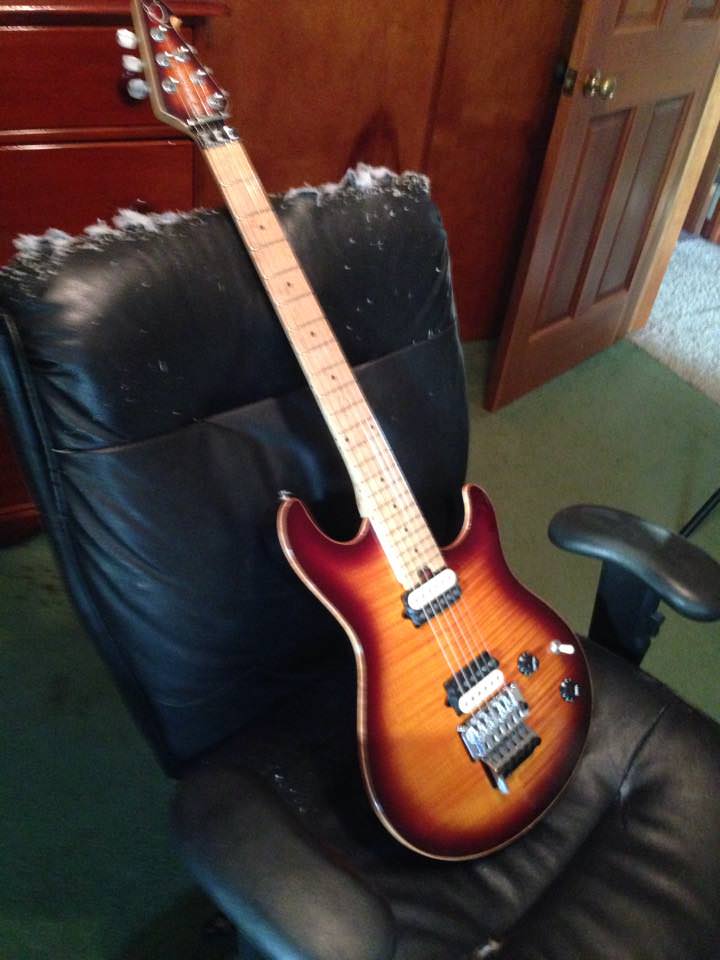