People you were surprised to find out were good on guitar

Bob Tench, who sang on I’m Going Down with Jeff Beck played lead guitar with Van Morrison on Wavelength.

scmavl said:
Brittany Howard of Alabama Shakes. She's an amazing singer, but I assumed just a rhythm strummer. Saw them live locally awhile back, and she took at least half of the solos. Played with FIRE, too. 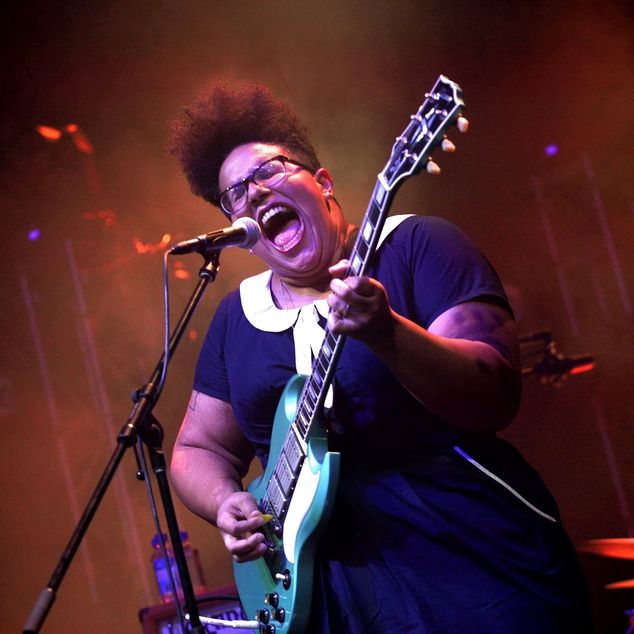 That SG is FIRE

Melissa Etheridge is an excellent player.

Sarah MacLauchlan is quite at home on guitar and piano.

Tench was playing guitar when I saw Van Morrison at University of Vermont in 1978.

Mike Huckabee is a decent bass player, if that counts

Sean Lennon, I saw GOASTT a while back at Brooklyn Bowl, I knew he'd be decent but yeah, I was surprised at how good he was but then I thought well he is Lennons kid so go figure...
P

adolan said:
Sean Lennon, I saw GOASTT a while back at Brooklyn Bowl, I knew he'd be decent but yeah, I was surprised at how good he was but then I thought well he is Lennons kid so go figure...
Click to expand...

His music with Les Claypool is wonderful!
M

Cody Dickinson. Everybody knows that Luther Dickinson is a beast on guitar, but his brother Cody, drummer for the North Mississippi Allstars, is a surprisingly good guitarist as well.
P

Mark White said:
I'd never considered it until I ended up watching this on a recommendation:

I'd heard Prince was a superstar player, but I didn't like his music enough to listen. Sounds kinda mean, but it isn't.
Last edited: Sep 15, 2020
P

His variety show was on when I was a kid, and I found his playing mesmerizing - one of the reasons I became interested in guitar. I'm still not a good player, lol, but that's OK - I enjoy it anyway.

Another freakishly good player from that era/genre was Roy Clark. There's video out there of them playing together - kinda dueling - where they show off terrifically.

My uncle, when I was a kid...years later I learned he was an LA sessions player.

mycroftxxx said:
Winwood is well beyond a good player, he’s an excellent verging on great guitarist. As well as being one of the best rock B-3 players around, and as you said, a great singer.

Here’s one of my favorites - the 2007 Crossroads festival, when Winwood blows a mostly-unsuspecting crowd away:

Man, does that ever hit the spot. What an excellent show that must have been to see live.

I think he's a decent acoustic/slide player. I think he played the acoustic guitar on "Ice Cream Man," but I don't know the full extent of his talents.

Jeff Berlin - I know, it seems obvious - legendary fusion bass player, why not? But I didn't really ever think about it until I saw him and Vinnie Moore do a show together. At one point Vinnie picked up the bass, Jeff picked up the guitar, and they ripped through some fusion-era Jeff Beck. Berlin was great playing Freeway Jam.

Jerry Reed - I knew him as an actor before I knew he played guitar. Then discovered that he didn't JUST play guitar. Holy cow, he PLAYED GUITAR!

For ***** & giggles, John Mayer. I mean for a long time I thought he was all that schmaltzy "Your Body is a Wonderland" and "Daughters" and his voice was so annoying - like a whispery SRV, yuck - that I just didn't listen to his stuff. Then I saw him on a live video and was like "Oh, ok, wow." Then I picked up the Trio album and heard the title track "Try!" and loved it. THen I heard "Gravity" and thought "Oh, I get it now. It's like SRV's Lenny, but somehow more palatable for the masses" which trivializes it, but there you go.

62Tele said:
That'd explain it! Shame he didn't do a guitar solo.
Click to expand...

BillyBoyFenderBender said:
Only found out relatively recently that Christopher Cross was such a good player and actually played the cool solo on Run like the Wind (which I always assumed was done by a studio pro)

also he owned SRV's No.1 strat before SRV, which, makes him super-cool in my book !!!!

One of the last pre-COVID live shows I attended was a tribute to the 50th Anniversary of the White Album. Here's CC from 3 rows back.