Princeton-ish amps that don't sound like my 6G2 Princeton

The new TopHat Rialto is worth a look-see .

I owned a killer 6g2 in transitional livery. I wouldn’t call it soft or chewy. It was dark for sure but it still had that edge to it. Here it is cranked up, you can hear that it still has quick transients:


The chewiest amp I ever owned was a tv front Princeton. That guy wasn’t deep, it was more warm, and every bite was SO rounded, and power chords cascaded into gorgeous organic overtones. Even through this crappy point and shoot camera posted on YouTube decades ago, you can sense it:

Thanks all for the suggestions. I have a lot to consider now.
M

Don't know if it fits your bill, but... I had an 18w TMB Marshall style amp, which I changed the V1 to a 12AY7 and got the tone-stack modded closer to tweed Bassman specs.
It should deliver that kind of sweet compression you seem to be after, @dehughes
But the EL84 cathode biased power stage and plexiish, tweedish family tree is enough of a difference to the Princeton.
It's cleaner, but bolder than other 1974x and TMBs I have played.
D

You know, I tried a 12AY7 in V1 of my Club Royale and it kinda took a bit of the edge off, but I don't remember it being a drastic change. I ran a 5R4 or 5V4 (can't remember), and a 5Y3, but always end up going back to stock. I'll give it a try again, though...been a while and maybe my ears have changed.
D

Well shoot, I think I got what I want out of my Club Royale. Mostly. Installed a 12AY7 in V1, and a NOS GE 5R4 in the recto position. Must say it's nice. I don't think I've ever had that combination of tubes in there before. One at a time, no question, but not together. Only thing left now is to swap the Greenback with a Scumback speaker, likely one of his Alnico speakers even though he recommended a M75 65w.

Anyway, the CR is eminently softer and more playable now, and definitely checks the box for an alternative to my Princeton.

Still though, that Low Power Tweed Twin, a Tweed Harvard, and a Vibrolux of any type are stuck in my head now as alternatives.
F

What about a Z Wreck Jr? Pretty cool amp. 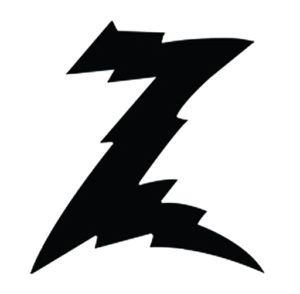 Or maybe a Jetta?