Request: In honor of EVH, show your guitars

In honor of Edward Van Halen, show your Van Halen-inspired, signature and EVH guitars. Thank you
(Please delete if there is an existing thread already. Sorry i dont have any, the nearest i have is a shredder with a FR but i've always wanted a striper)

Well, I know they’re not true EVHs, but he was the reason I wanted an EBMM Axis: 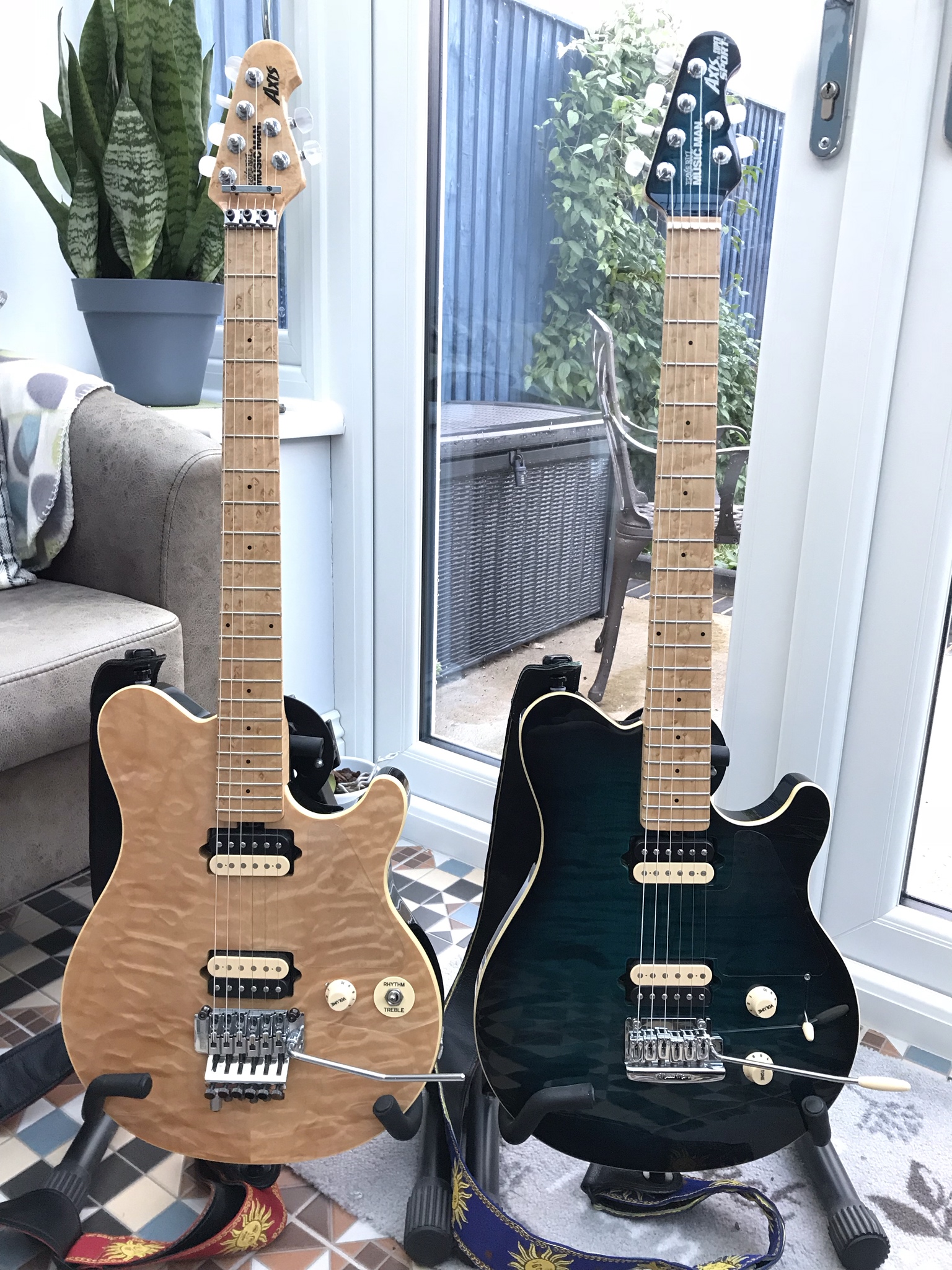 And I did chisel a humbucker into the bridge of my first Strat not long after I got it as a 15 year old, so there’s another bit of EVH inspiration there!

I think the biggest influence is in the number of amp settings & tone boxes I have where the rock reference is always “Brown”.

Unfortunately I haven't got any photos, but in the 80's I had a Kramer with the single slanted humbucker, Floyd and hockey stick headstock. Before that there was at least one cheap Hondo done up in stripes with electrical tape.

I wish I had something to show but, subscribed!
T

I was gonna sell these a month back but now I am keeping them.

tildeslash said:
I was gonna sell these a month back but now I am keeping them.
Click to expand...

These are awesome!
S 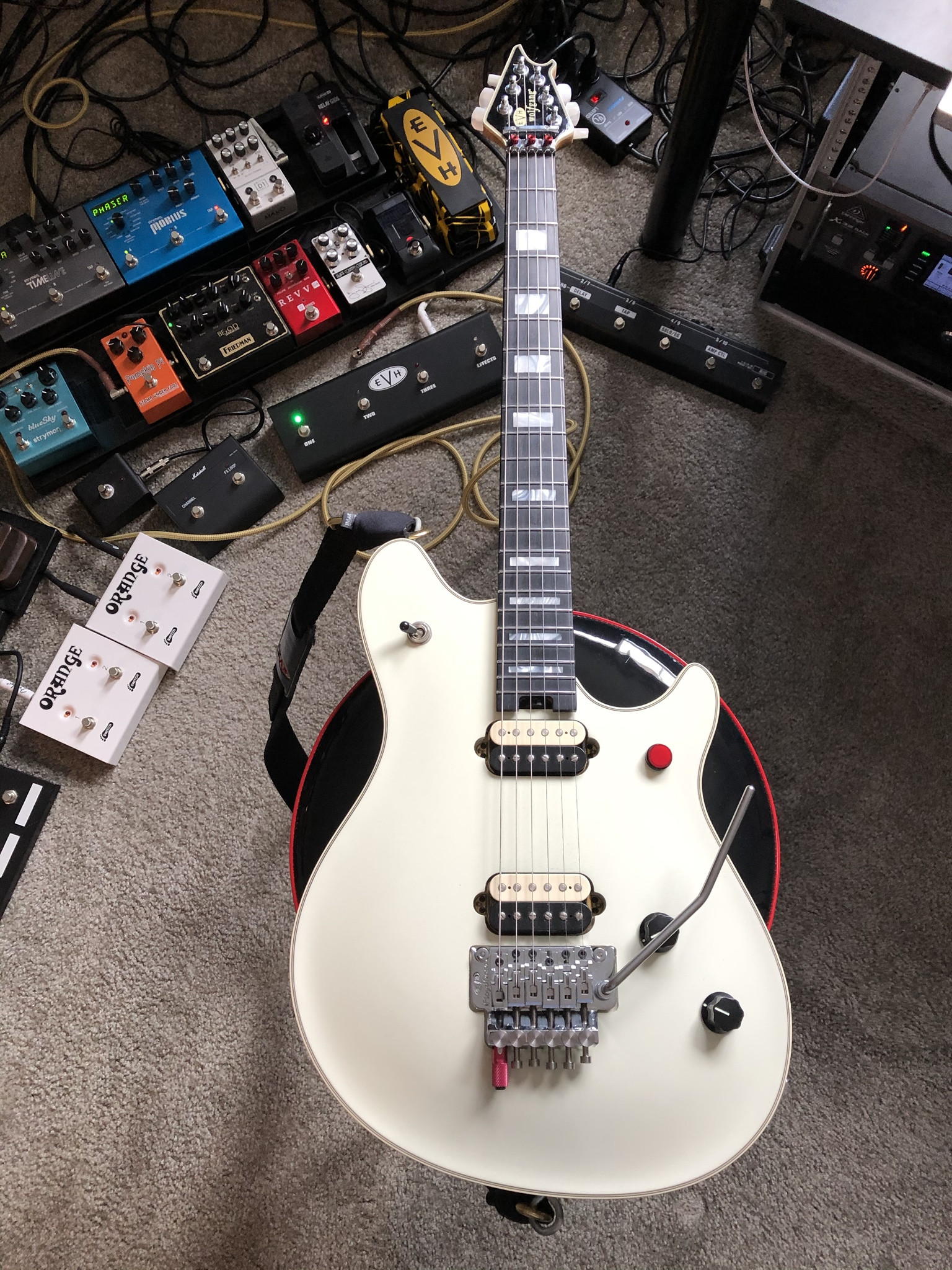 I have a circles like the one above a few posts.
Also had a peavey Wolfgang at one point and an ebmm axis

tildeslash said:
I was gonna sell these a month back but now I am keeping them.

I'll take a stab at posting from my phone later, by my #1 for the last 5 1/2 years has been a EVH Wolfgang special. And recently sold a old Kramer I had that had 1 Hummer and a Floyd that I got about 15 years ago for the EVH vibe.

This is my BFR Axis Sport. RIP EVH!

I've posted this before here. Truly gutted by the news, Eddie was a huge inspiration. Not only for his playing, but his constant tinkering and innovation. This guitar is always under the knife much like his was. Quarter in this case is a 73 Canadian one, my birth year.

No stripes (yet!) but definitely EVH inspired.

He inspired me to cobble this together back in 1983 from Warmouth parts and other stuff. Still plays great. I was obsessed with Eddie Van Halen when I first started playing in 2004 or 2005. I decided in order to sound like him, I needed his guitar. Eddie was between Peavey and Fender/Charvel/EVH Gear at the time, but some Googling told me about a company named Kramer that he played exclusively during the '80s. That lead me to the Kramer 1984 Reissue--an American-made faithful copy of his 5150 guitar. I was sold.

I still have it to this day--it's probably my most-prized possession. Thank you, Eddie.

One of these days I'll have to get myself one of those new relic'd Frankenstrats or a Wolfgang to go along with it.
Last edited: Oct 8, 2020