Rest In Peace Jim Seals from Seals&Croft.Summer breeze is was and will always be one of my favorite songs of all time.

Seems like every week there is another memorial on TGP,losing musicians that affect our lives is always sad.
S

Had a distinctive voice that was perfect for their material; songs were always on the radio growing up. Sad.

I loved these guys!

" Diamond Girl" " Summer Breeze"
were up at the top

* except " McArthur Park"
Even at 8 years old I'm thinking " What is THIS song doing on my radio!"

Saw Seals and Crofts on the "Takin' It Easy" tour in '78 for $2.00 at the Concord Pavilion. Great show. Will be playing the Summer Breeze album tonight.
A

Bummer. This song was huge when I was 14-15. The skating rink era. This skate is for couples only. Going back to 1976...it was a different world kids. RIP.

I was just looking at the ad for my first concert five minutes ago. They were there. It wasn't their most popular, but I listened to the Unborn Child album a lot back then. 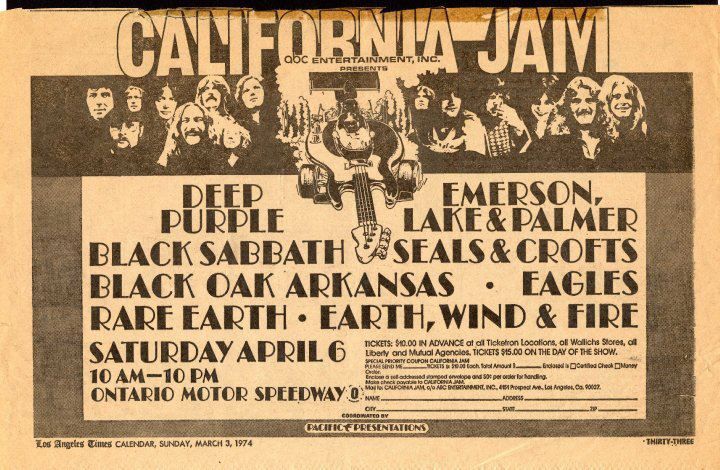 chrisr777 said:
I was just looking at the ad for my first concert five minutes ago. They were there. It wasn't their most popular, but I listened to the Unborn Child album a lot back then.

That must have been an incredible concert with those acts.

Shoots, crazy times. I grew up with summer breeze!!

What a bummer. Summer Breeze & Diamond Girl - I grew up hearing & digging those songs …. RIP.

RIP Jim. Summer Breeze was and still is the summer song track for me in the 70s when it came out. It takes me back to that place and head space as soon as I hear the opening E minor to A minor7 changes. Great singer too. Get Closer and Diamond Girl are great tunes also.
Last edited: Jun 7, 2022
T

Sad to Hear. RIP Jim was a multi-instrumentalist, and was known as a serious sax player and violinist, which made his transition to electric mandolin pretty natural, using distortion and wah to get an unearthly sound.
Their early stuff was produced by the great studio guitar player Louie Shelton, who also played guitar on those albums
They got into the Bahai Faith, which informed some of their lyrics, and did jazz gigs at The Lighthouse on Hermosa Beach, even when they were putting out their hits. Crofts was a jazz drummer.
Musicians were still part of the equation, and this was my fave song by them:

I still have all their 70's albums including Greatest Hits.

Hard to beat their catalog, almost every song was really good.

RIP Jim... thanks for the music!

Seals and Croft were cool - I didn't listen to much beyond the hits - but I would never turn them off - it was a smooth sound.

See Ya Around Jim!

Sending thoughts and prayers for his friends and family.

petrock61 said:
Saw Seals and Crofts on the "Takin' It Easy" tour in '78 for $2.00 at the Concord Pavilion. Great show. Will be playing the Summer Breeze album tonight.
Click to expand...