RIP Riff City, We barely got to know ya!

It's a bummer, I liked Riff City. I visited their physical location once and ordered a few pedals from them as well as a Reverend guitar just recently. They always shipped quick, included a delicious cookie, and on the guitar worked with me to get a price I was happy with. Wish they'd have been able to make it work for them.

Vhailor said:
"GC" as in "Guitar Center"? Considering some of the crap that Guitar Center has pulled on its employees in recent years, this would cause me to dislike Anderton's... if I didn't already dislike them.
Click to expand...

GC was cool a long time ago. Awesome staff that could rip licks and really sell you that gear. I'd rather hang out in a convalescent home taking deep breaths than most GCs.

Sencha said:
So Chapman through them under the bus. Not surprised. Anyway, I don't think Chapman guitars are doing as well as they would have people believe.
Click to expand...

It's just the nature of the business.

Riff City got a lot of business from being one of the few US retailers for Chapman Guitars initially, but Riff City sold Fender, Martin, PRS, Reverend, and other brands. They did a lot of work promoting Chapman and it raised their brand's profile.

I'm not surprised that Rob Chapman would leap at the chance to get into Guitar Center because, as great as Riff City is, GC is a national chain that equals far more eyeballs in stores and online. Everyone can understand that decision.

Retail is suffering everywhere, and small-time retail is on life support.

therhodeo said:
I never purchased anything from them but in shopping it seemed that they always had a ton of out of stock items listed on their site.
Click to expand...

Both that, and the fact they rarely had the bread and butter items, like a DRRI or something

JackfromAK said:
I bought a Keeley Aria and they sent me a oatmeal raisin cookie. No wonder they went under.
Click to expand...

They probably got sued by a high schooler’s mom when he bought a new Boss pedal and also received a non-gluten free, non-peanut free, non-hypoallergenic cookie.

coltonius said:
They probably got sued by a high schooler’s mom when he bought a new Boss pedal and also received a non-gluten free, non-eanut free, non-hypoallergenic cookie.

wow that sucks, wish them the best ...can't make it in this current economic boom than when can ya !?

DisasterArea said:
Oatmeal raisin is my favourite. Actually, if you like oatmeal raisin, Aldi has an excellent oatmeal cranberry cookie under their Bake Shop brand. 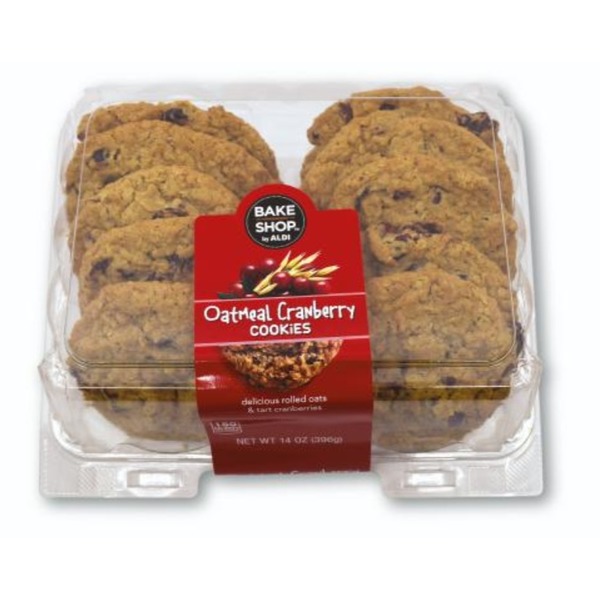 Regarding Riff City, no idea. We did enjoy having them as a dealer, they were always great to work with.
Click to expand...

Segovia said:
I think it was probably a mixture of Chapman being sold at Guitar Center now, and perhaps trying to expand more than they should have. Their original store/warehouse were about an hour northwest of Minneapolis/St. Paul. They opened a store in a suburb of Minneapolis, and one in Sioux Falls, SD within the past few years. There were several times I went to the one near Minneapolis fully intending on buying something (not rare stuff either....Strymon Timeline, Source Audio Nemesis, Ryra Klone, etc...), but they didn't have it at that location and would have had to have it delivered from the main warehouse. I just went down the road to another shop and bought them. Both the Sioux Falls store, and the Minneapolis store closed prior to this announcement.

I have been to both the original location, and the New Hope store. Both shops were pretty cool, and had a lot of stuff that you wouldn't find in your typical GC or SA. I did think, however, that their original store was in such an out-of-the-way and rural area that I could not see how they were doing any traffic. Anyway, I had always thought of them as an "internet-first" business to begin with, and wondered why they didn't open their original location closer to MSP, because it's not like there's a bunch of decent competing M&P shops in the area (mostly GC and MGR, and only one of the GCs is any good IMO) that I was aware of.

Also, I agree with Segovia above - they expanded too much, too quickly. They probably put too many eggs in one basket without having any "Plan B" strategy.

Yea, so sad this is happening! I loved going up to the New Hope store - nice crew working there! They also had many in store events with
Dan & Mick - loved meeting them - such nice guys, as well as the really nice Robert Keeley, Doyle Dykes, Pete Anderson, Rob Chapman, etc.
And Joe, the owner, is a really nice guy. I hope he can continue in some fashion, like online sales. I only wish him the best.

I posted this in another thread about Riff City...Chapman guitars and their YouTube/web presence kept your business in the black for 5 years, and as soon as you lost the exclusivity you had to close up shop? It's unfortunate for the employees and locals who would shop there, but this really has nothing to do with Chapman, the guitars or the person.

This may be an isolated thing, but just Monday my local GC told me the Chapman guitars aren't selling.

Said the store has only sold a couple so far.

That's sad. I was so excited for them because they started doing their own videos and hoped they could have built up a following there too.

I did order a pedal from them (which I kept) but found out they had a hefty restocking fee so never bothered shopping there again. Seemed like cool people.
W

Were they ever a hot thing? I’ve never met anyone that owned one.

Anyway, if anyone wants a Chapman guitar, they’re very cheap used. They don’t retain any value at all. I’ve seen some for sale for very cheap because people can barely give them away. Very hard to sell on for sure.

But anyway, i think Chapman’s current price point is not really appealing when you consider they run for the same price as a lot of more well known brands that retain more value and it’s not like they’re doing anything different. Not many are going to buy Chapman’s telecaster rip off when they can buy a real Tele for a similar price.

Anyway, back on point, i wouldn’t have thought Riff City live and die by how well Chapman guitars sell, after all, they’re just a small guitar company in the grand scheme of things. The business most be closing for bigger reasons than that. If you’re music shop is reliant on some relatively minor guitar company, then you messed up somewhere with your business model for sure.
Last edited: Jul 10, 2019
W

Steve_Blaine said:
Ha, you must not watch Youtube , good for you. Yes they were blazing hot about 3 years or so ago. They were all over Youtube as the best thing since sliced bread. They are owned by the dudes over at Anderton's. I personally think that most of the Youtube stuff was paid for, but none the less, it was hyped like crazy. Also popular if you are into progressive metal (that uses 7 & 8 string guitars). People were going crazy trying to get their hands on one.

Since then Youtube has moved on to other brands like Harley Benton (that probably pay more to push their products), Chapman has raised their prices to premium brand levels, and pretty much lost the hype.

No idea about the used market, I have only seen one used and that was about 2 years ago. It was OK, but the pickups and the electronics felt cheap (the pickups sounded bad). For the money they were asking, it was not worth it in my opinion.

With the way Youtube works and some of the Youtubers being ethically challenged, it has become sort of the scam of the week. Even Fender has paid Youtubers to push their products like the pedals they came out with a couple of years ago. I am not saying Chapman is a scam, but it seems like Youtube has created a hype/bust cycle that lasts a couple of years at most.
Click to expand...

You’re right and i think brands can only get beyond that cycle if they’re making a genuinely excellent product that offers something different, or offer very good value for money, which is why Harley Benton keep growing. Harley Benton have found that gap in the market where they offer a lot of guitar for a budget price. It has it’s place.

Chapman on the other hand are making average mid-priced guitars for the most part. They don’t really fit into a spot where they seem the best option. There’s so many alternatives in that price range. It’s hard to see where they truly fit to establish themselves as a brand that can grow and sustain it. It’s not like they’re even offering something exceptional for $700 or whatever, they’re just pretty average and decent guitars for the price. Nothing more, nothing less. If anything some of the more expensive models seem overpriced.

Never hear of 'em till this thread.

blackba said:
Uh Oh, That Pedal show will have to find a new US Partner
Click to expand...

Maybe Humbucker Music will step in to take their place?

Last time I looked they were the only people selling Victory amps. I was hoping to get one eventually when I could afford a 1K+ amp.

WOW... never heard of them and they are LOCAL!