I cant remember who else was on the bill...
Click to expand...

'Ratt' caused a lot of debauchery at that show. They were 'banned' from Decatur after
that concert performance.

Ratt was in the middle of their 'Midwest Ratt Rampage', where they had performed
15-Shows in 18-Nights from {September 30th thru October 17th}.

Say what you will {Good or Bad}, but they were a hard-touring band.

'Ratt' was nearing the end of playing support to 'Motley Crue'.

Robbin Crosby >
I guess you could call me the leader of the band. We all share equally, but
everyone looks to me to make the decisions.

We just want to keep playing, and want to put on a good show. If we are the
support band, we need to 'fly fast' for 45-Minutes. There is no time to play games,
or get into long solo's. We don't even do an encore. There is no time.

We have to keep the audience pumped up. If we are the 'Headliners', we can
improvise then. Stephen will talk to the crowd to feel them out, to see which
direction we want to travel. As 'Headliners', we have 100-Minutes on stage.

Then we can drop in a few 'free-lance' Lead Guitar Solo's, and have time for
'Bobby the Bomber' to pound out a 4-Minute Drum Solo.

Note; 'Ratt' was added to the bill, after the Poster was printed.

We are still developing as a group though, and we are improving our stage act.
We have a few gimmicks and theatrics that we are working on. They will be part
of the next 'tour-trip' in July.

Warren DeMartini is starting to come on as Lead Guitarist. He is going to be a
force out there. Within a year, he will be mentioned in the same manner as
Eddie Van Halen.

We were added to the 'Mountainaire Festival', because we're starting to generate
a lot of excitement now.

Some the early Music Reviews >

Basic Heavy Metal genre. Loud, brash and boisterous. The majority of the time
they are so loud, that you can't figure out which song they are playing.

They are filled with some talent, but they incorporate the 'classic gimmicks' to get
the Rock crowd's attention.

The Lead Singer {Stephen Pearcy} screams profanities, brings up drug use and
tales of the previous night's sexual adventures.

The one band member with the most talent is co-Lead Guitarist - Robbin Crosby,
who also appears to be the leader of the band. He stays in the groove, and has been
a consistent player night after night. At 6' 6", he presents an impressive and noticeable
stage presence.

It was filmed on Melrose Avenue ~ Los Angeles, California.

Ratt had a tour-break of 1-Week {June 26th -thru- July 1st} before their next
tour schedule resumed.

Both Nikki Sixx and Tommy Lee were in the video as well, as Motley Crue
was also on a break {June 16th -thru- August 17th}.

Robbin Crosby had just bought a 1983 Mercedes 380SL, which was used in
the Video.

Also, Robbin was still dating Tawny Kitaen, and she appeared in the Video as
well.

Robbin Crosby >
I'm really not into the money or material things. That is not what I'm about. And
neither is the band. We're doing fine and all that, but we want to stay level-headed.

Yes we like money and fame just like anybody else, but we're not about that. Damn,
we're on the road touring so much, we don't have time for the 'toys'. I live in a
Hotel Room 95% of the time.

An 'Off-the-Shelf' purchase, and modified with an Acoustic Pick-up. The tour got pretty wild. Groupies, Booze, Sex and Drugs. The album 'Out Of The Cellar'
was selling faster than any other Rock Bands album. Every promoter was begging for us
to appear for them. And we were pulling in big money.

We were the supporting act for Billy Squier. They were pretty good dudes. But by the
end of October, we were pretty much dominating the shows. We had way too much
energy for them.

We also popped in a couple of other small arena shows when we had an off-day from the
Billy Squier shows. And we had Lita Ford open up for us about a dozen times. It was
a real good mix.

Despite the success, the hard-touring was taking it's toll. I was completely exhausted
by early November. And the poor Road Crew guys. Those guys were just plain fried out.

Our last show was on November 10th in St. Paul, Minnesota. That was our last show
with Billy Squier for 1984.

We were now heading back to California, and I was going to hook up with my 'Bud'
Nikki Sixx.

The 1st of '25' Guitars that Robbin Crosby ordered from Jackson.

The 1st of '25' Guitars that Robbin Crosby ordered from Jackson.

It can be seen in the "Round and Round" music video.

Ratt, a Los Angles-based Rock Group, proclaims it's on a World Infestation Tour.

Interview with Warren DeMartini and Robbin Crosby, who are the two 'most popular'
band members with the fans. 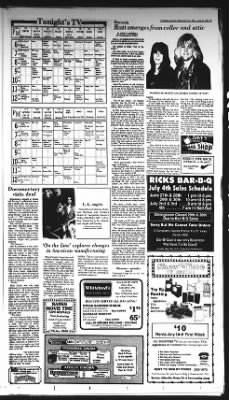 Haha! No doubt. I wonder what the reception would have been if they had just worn jeans & t-shirts. I've always thought they wrote good hard rock songs.
K

Robbin Crosby by the Numbers {Interview}

It was my idea to call it the 'World Infestation Tour'. We have to bring attention
to ourselves. Nobody is going to do it for you.

We started off with very little marketing by the Record Label {Atlantic Records}.
Basically, it was on the road, and play ever day that you get a chance.

We've done well with little publicity. We're going to do 50-Shows in 60 cities. It's no
rest for the Ratt.

We are hard-edged. It's called Heavy-Metal. But I don't think that's right for us.
We call it "Ratt 'n' Roll".

We want the Rock Star look. We're all sexy, so we want play it up.
We are definitely fashion conscious. We have a 'garment tech' with
us all the time. We each have a budget of $3000 for custom-made
outfits for each tour run.

We have a lot of female fans, and they want to see us glammed up
to the nine's. Of course we don't take ourselves too seriously. We're
out to have fun. We make light of everything. We have a humorous
approach to what we do. Even our Music Video's make light of that.

We're not like a band like 'The Clash'. They take everything too seriously
and appear to be angry all the time. What fun is that.

We like 'bands like ZZ Top'. Now those guys are an excellent band. We did
a show with them in San Antonio, Texas and those guys are pissers. We really
love them, as they play for fun.