I recently acquired a really cool guitar, the Epiphone version of Joe Perry's 2nd signature Gibson LP. This one came from the factory with Gibson BB2 & BB3 pickups with the neck wired out of phase for the Peter Green sound in the middle position. Unfortunately, someone had removed the pickup covers and really ruined the look of the guitar imo.

So, BurstBuckers being what they are, I decided to swap them out for a more botique-y pickup. As some of you might have seen, I've been pretty critical of Duncan pickups here on TGP. Despite all that, with all the options on the market, I decided to give the Duncan CS Greenies a try. This was absolutely influenced by my Sweetwater rep giving me a smoking deal on them. I was actually all set on the BareKnuckles, but after some videos I thought they sounded a little thin for my taste. I was really looking for an R8 "Woody" type of tone, especially from the bridge.

Since every thread is useless without pics, here they are installed. I also changed the knobs to Amber PRS SE knobs and the switch to a regular creme switch, to better match the hardware on the Gibson version of this guitar: 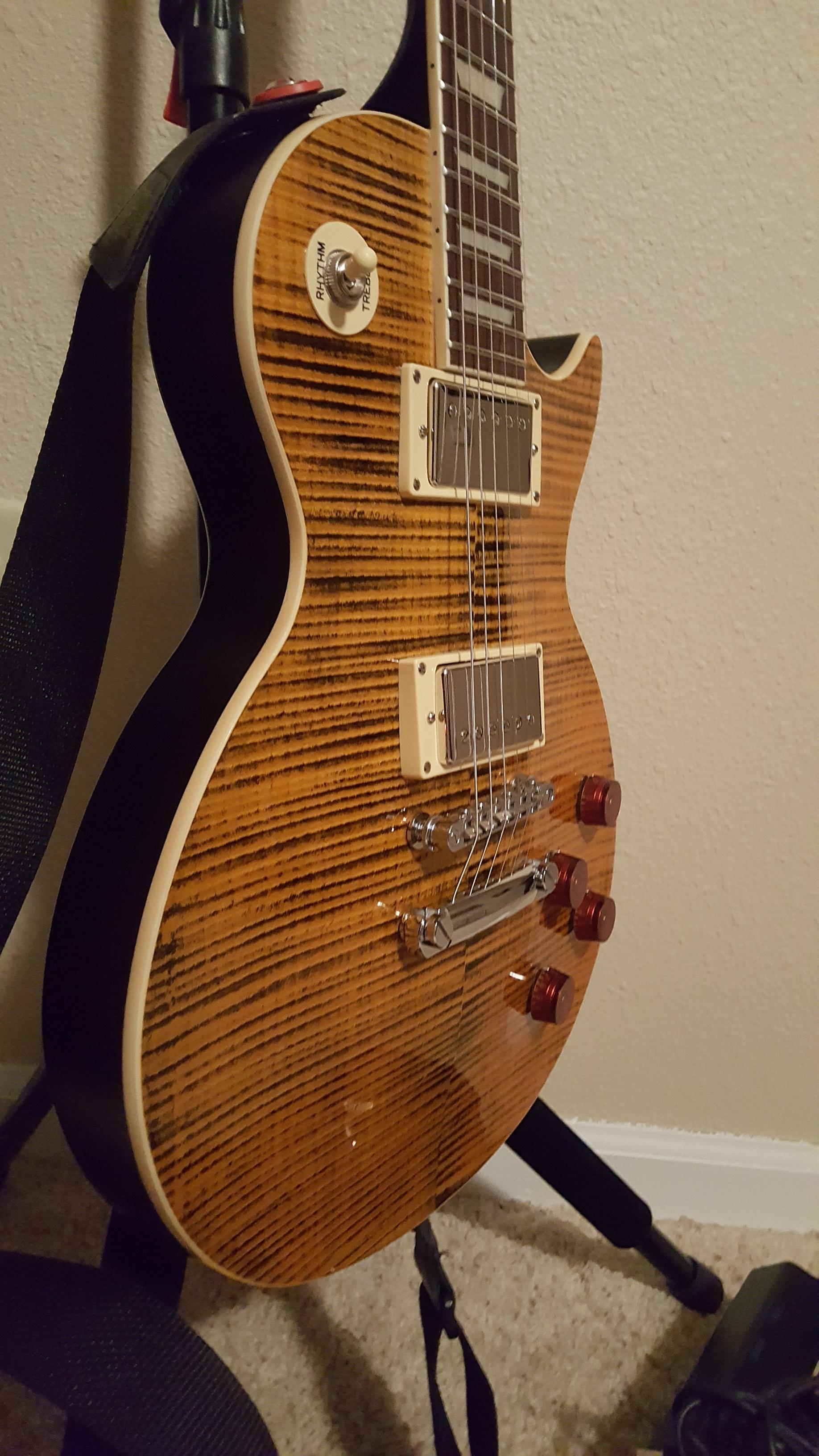 Now, on to the review. Unfortunately I didn't make any "Before" clips, so "After" clips will be kinda useless. However, these pickups are easily the best sounding Duncans I've ever had. They are a little tamer than the burst buckers, which is great, and very articulate. So, definitely a win there.

The out of phase sound is much...I don't know if "better" is the right word. There's a LOT more to it. It's more pronounced, but does have a much larger volume drop with both volumes at 10. That said, by rolling back the bridge I can almost get a quacky strat-type sound, and rolling back the neck with some gain is a cool almost cocked-wah sound and it nails the PG guitar tone.

Overall I am pretty impressed by this pickup set. I would definitely not pay the full $320 list price, but if you can find them for a good deal they are a great set if you want the PG tone.

One note about the guitar itself: It's phenomenal, except I expected the bigger neck like my 1st gen Joe Perry signature Gibson or the Joe B signature Epiphone neck, but this one has the exact same neck as my '01 Epiphone LP Custom, which has a medium sized tapered neck that goes from a C at the 1st fret to a slim 60's profile from the 12th fret on. It's okay, but I probably wouldn't have purchased the guitar if I had tried it out first (it was a Reverb purchase) solely because I expected the big-ass neck.