show me your rack

I was about to make this same thread.... but I'll settle for posting the first photo! JMMP1 said:
I was about to make this same thread.... but I'll settle for posting the first photo!

DieHon said:
Amazing! I see a PCM81 in your future, haha!
Click to expand...

After I get this one finished, I am going to work on my W/D/W rig. I do have the effects for it already though, a PCM 80 (with the 4K memory upgrade) and an Eventide DSP7000. I have thought about an 81 a number of times though! I will post a few more photos once I resize them.

I thought I saw a F-2A footswitch in your first picture! There's the Quad!

This is my recent "portable" rack. No refrigerators for me any more. This one is hard enough to move:

This is my old rack:

I will finish my PhD in USA and sold it to pay my expenses.

Some of my systems thru time... 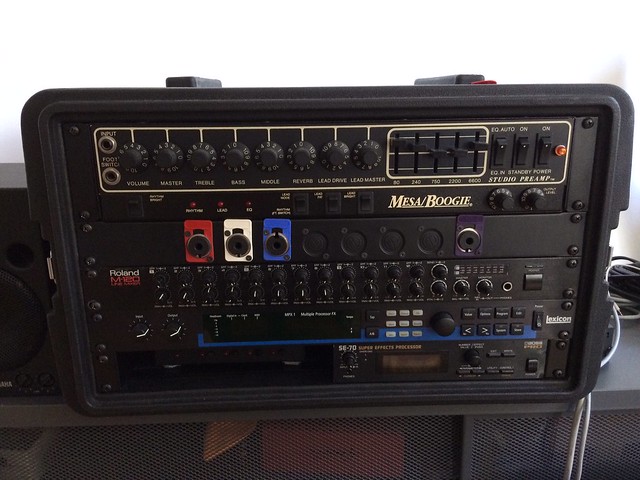 Do you run any pedals in front? What floor controller do you use? Show us your rear wiring.

Wow thmbs are hard to get here. I wish i had some of the stuff posted here!
E

I don't have any good pics of any of my previous racks, (I stopped using rack gear around 2001, save for a small GSP1101 4 space rack rig for a couple of years), but I sure enjoy looking at them. Keep them coming! I'll list what I had, verbally:

I think I had a Rane mixer in there somewhere, and two rack power strips, and I might be forgetting something, because all 12 spaces were filled.

DieHon said:
This is my old rack:

I will finish my PhD in USA and sold it to pay my expenses.
Click to expand...