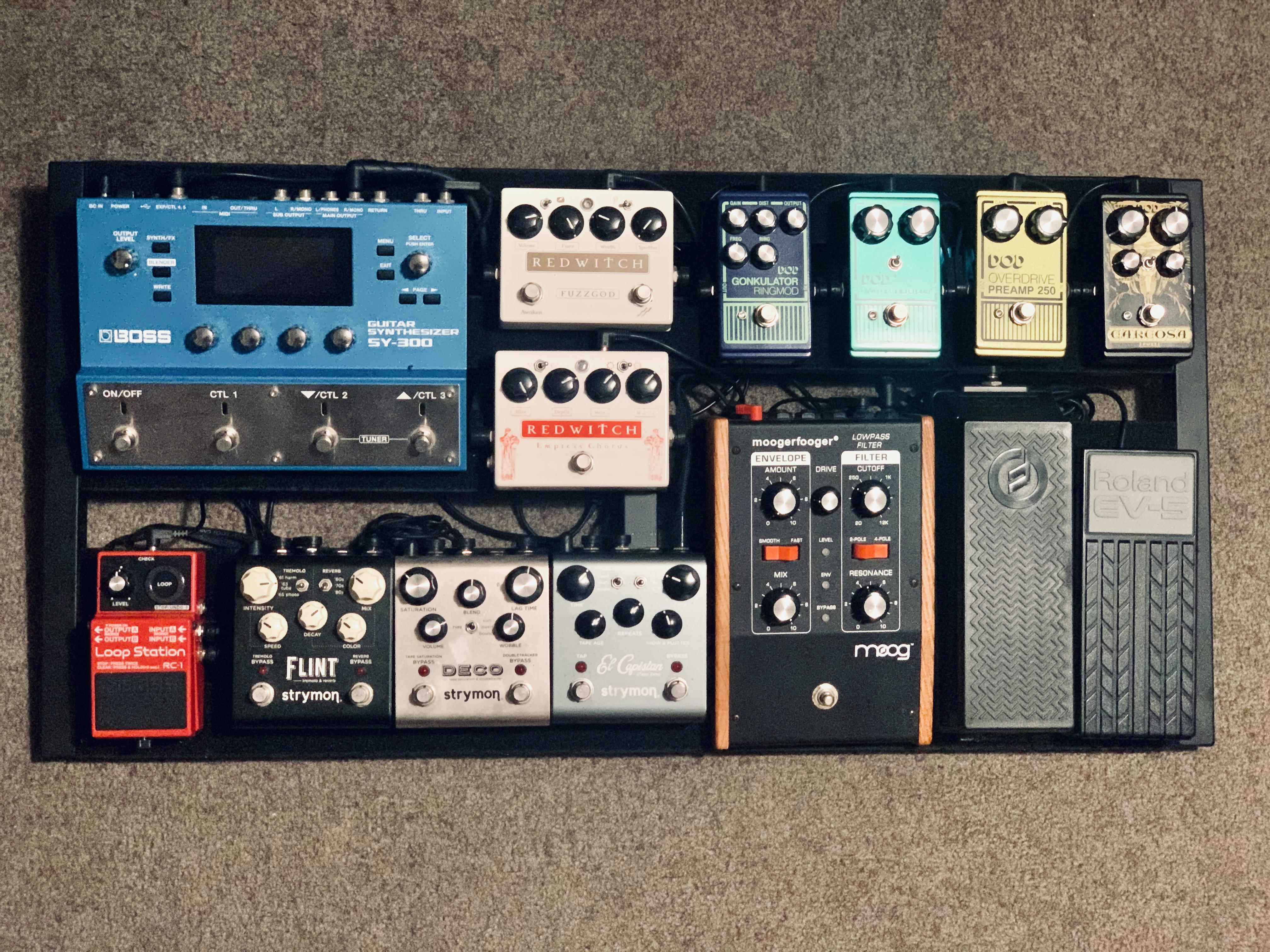 Going simpler this year... have far to many pedals..

just need to get back to playing rather than tweaking 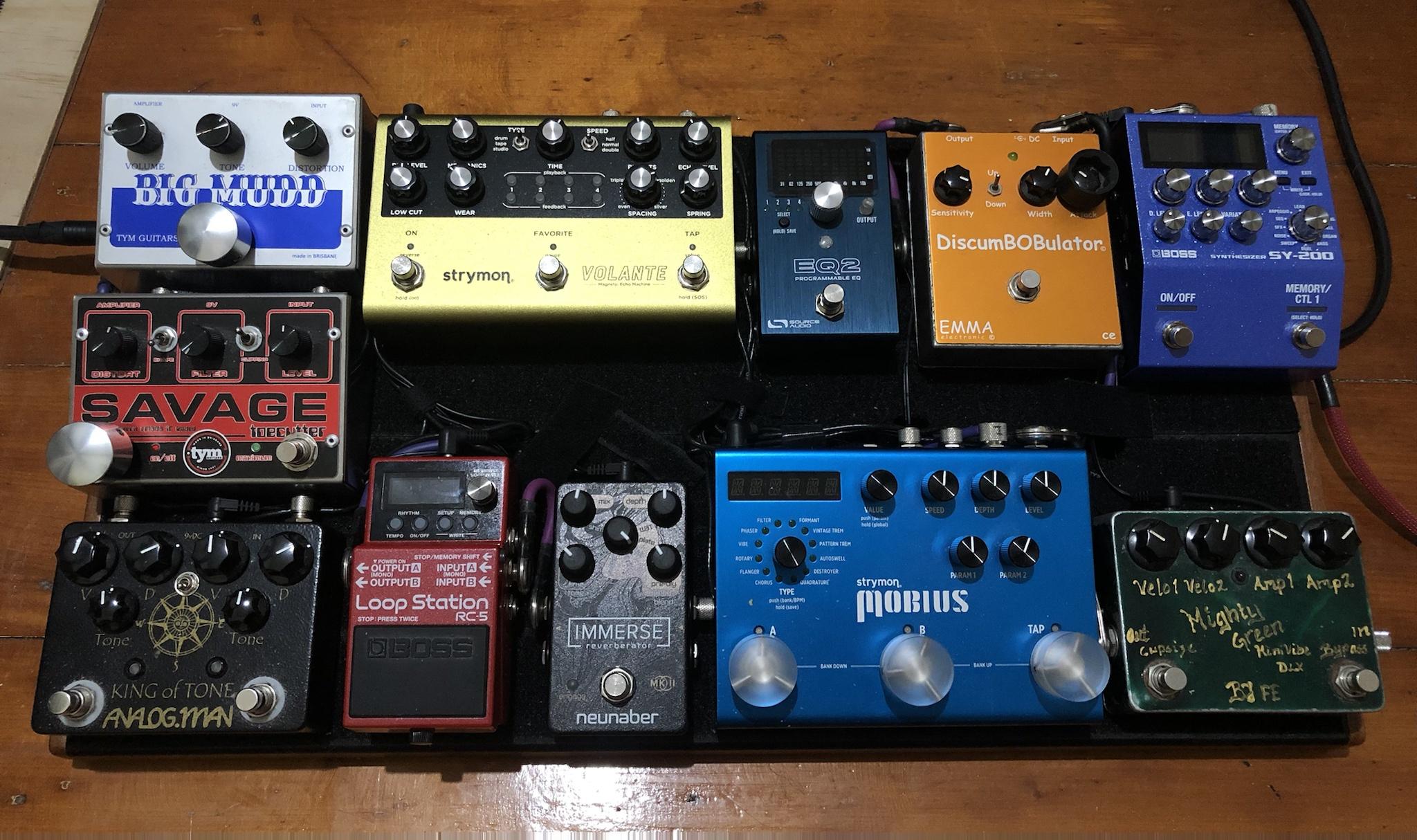 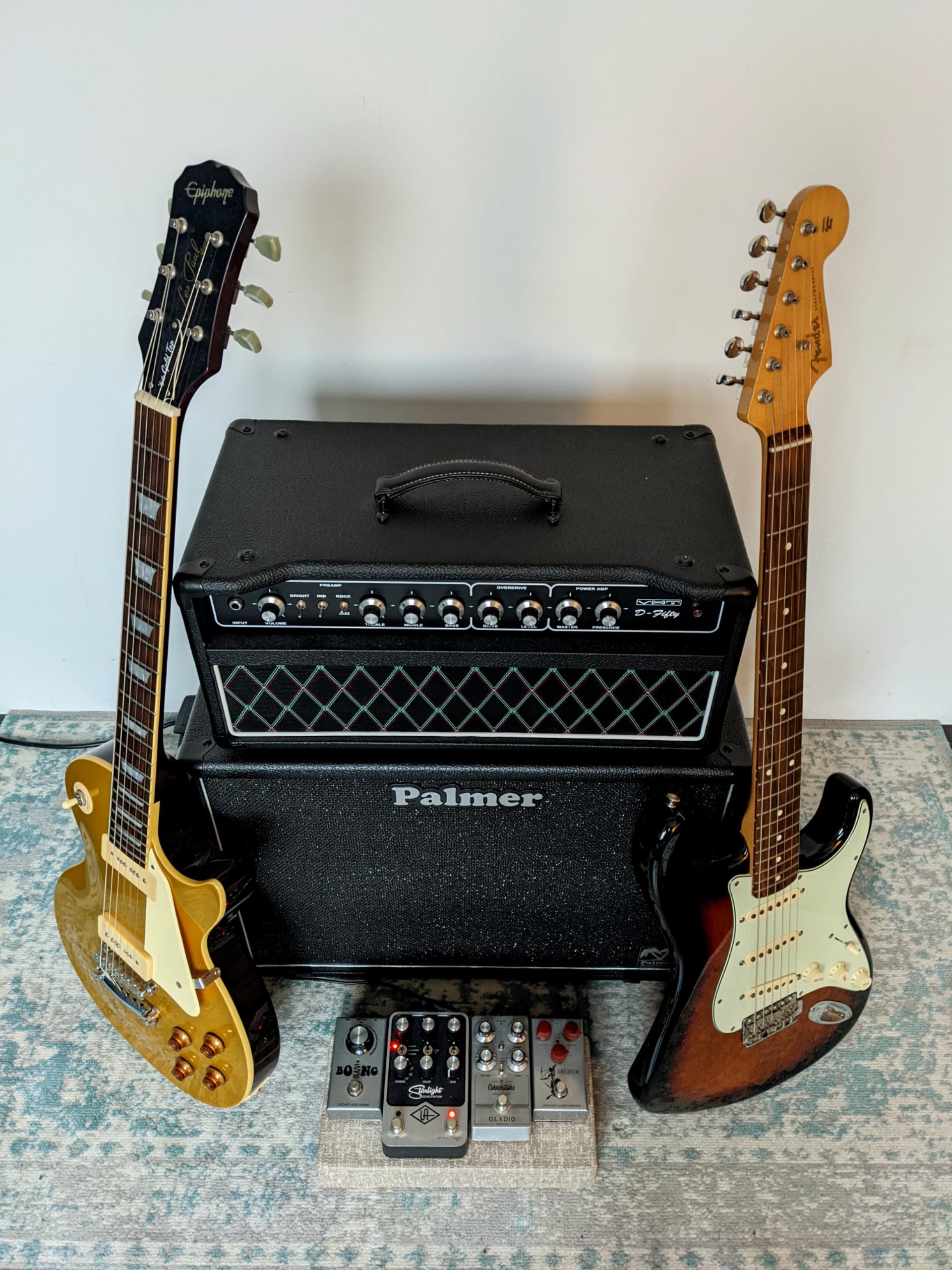 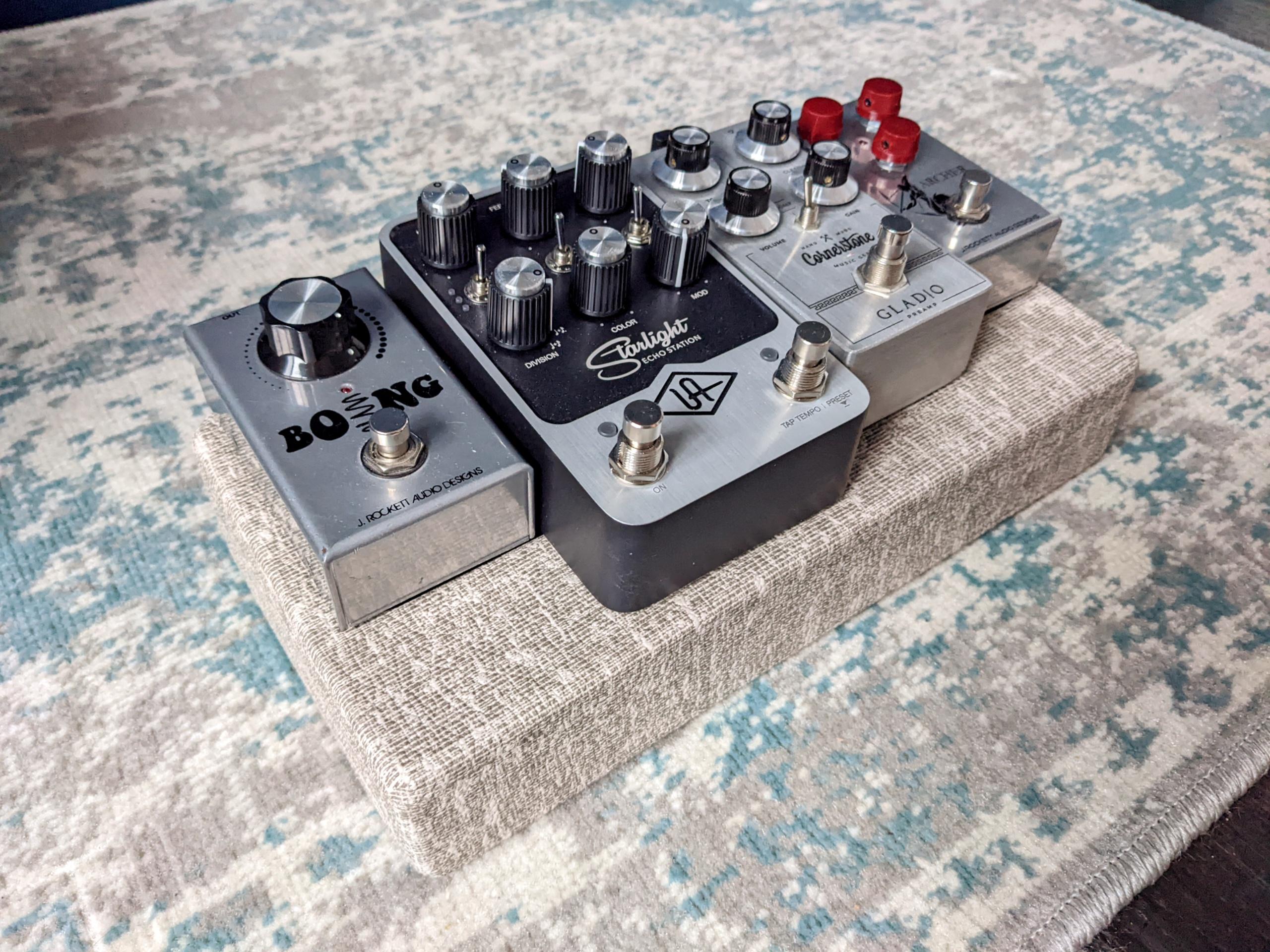 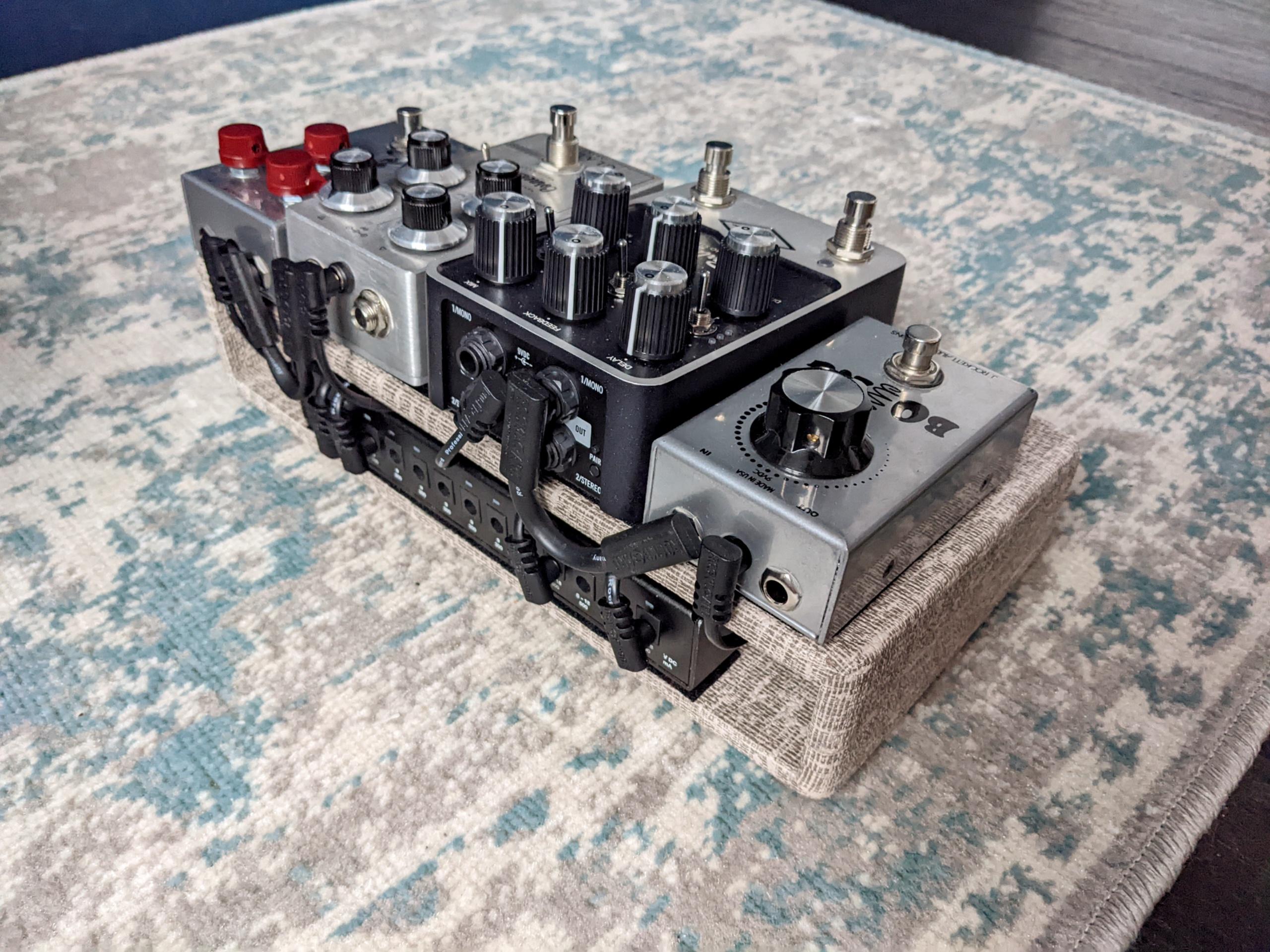 The traditional video of mine coming at midnight UK time...but here's a sneak peak! Omg, thats one ridiculously cool board !

During the few weeks, we could rehearse, I have optimized this board. I find it perfect now. The HX stomp could be used for the amp modeling and I have a bank of the G2 dedicated to that. But I prefer my dual Amp1 stereo setup (especially for live playing). Only one of the preamps is used in the loop of the pedalboard but then the stereo signal goes out of the board into both power amps and from there into two speaker cabinets (optional) and also stereo into the PA (or interface). I really like mixing cabs like the Stack 1970 and the more aggressive Stack 1967 or a more sparkly Fendery 4x10 super reverb Together with the Status, the G2 does all the MIDI really nicely and controls the two Amp1's (including gain, power soak, reverb and boost), the HX Stomp and the FlightTime. The Status also provides a really nicely readable display.

The Hx Stomp is such a killer Swiss army knife. it does modulation, delays, reverbs but also has a really nice tubescreamer among so many other things. It also gives me three more instant access buttons that are preset dependent. But the most important is the end of the chain "mastering section" that I have in every preset - a Shelf EQ, a 10 band EQ and a LA studio Comp at a modest setting. The 10 band EQ is killer. Depending on the pre-set it gives a mid boost, or a more scooped rhythm tone, cuts highs for a mellower sound etc. The possibilities are endless but I have a good set of presets and mostly concentrate on playing.

The board is great for playing live or jamming or recording direct. I don't see myself changing this one anytime soon (ask me when the 2023 thread comes up ).

One thing that might be worth mentioning: powering was a bit of a drama. The Hx stomp powers fine from a distributor output (with the right Line6 adapter) but when the G2 was also on a distributor output there was a ground loop (the distributor outputs are not isolated). The cure was to make sure that the Hx Stomp is the only thing that is directly connected to a distributor. The G2 is powered by two Timeloards and a current doubler adaptor cable. Not pretty, but works like a charm. The setup is extremely quiet, even at high gain.
Last edited: Dec 31, 2021

Here is the band board: 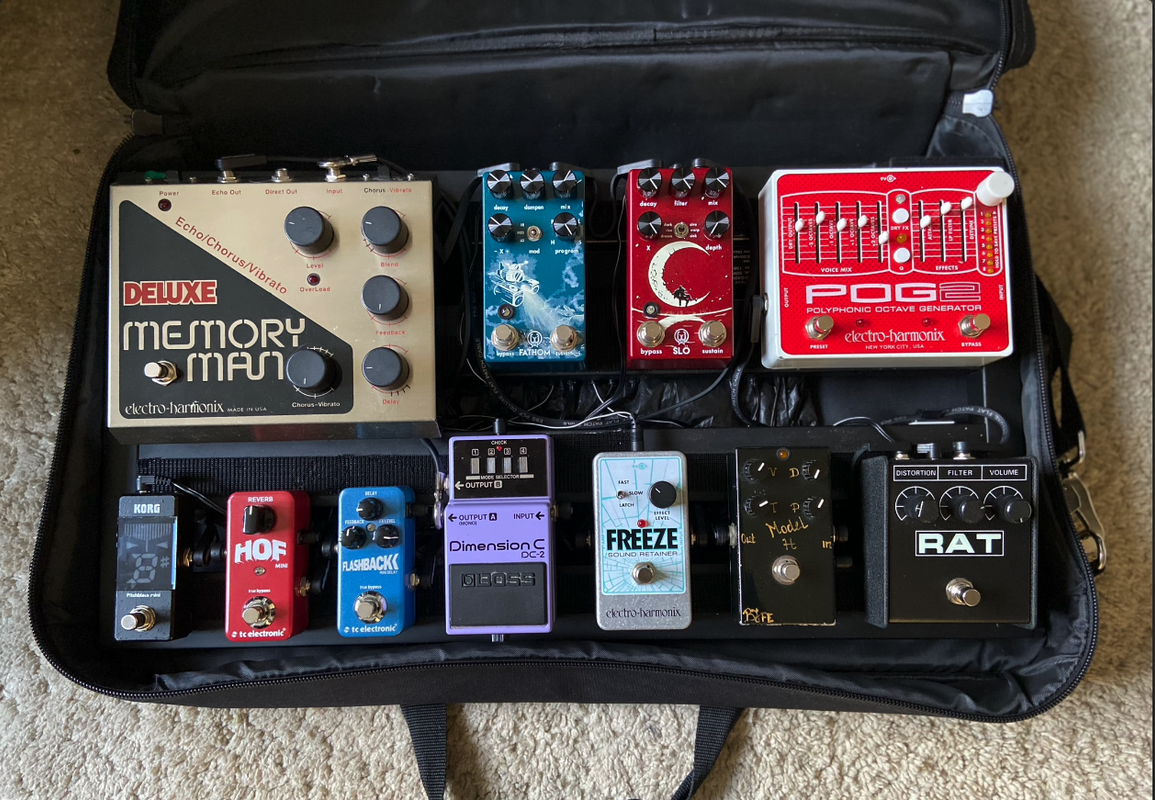 The home board is in pieces at the moment...I'll update this post once it's complete.

I managed to sort out the Home Board: 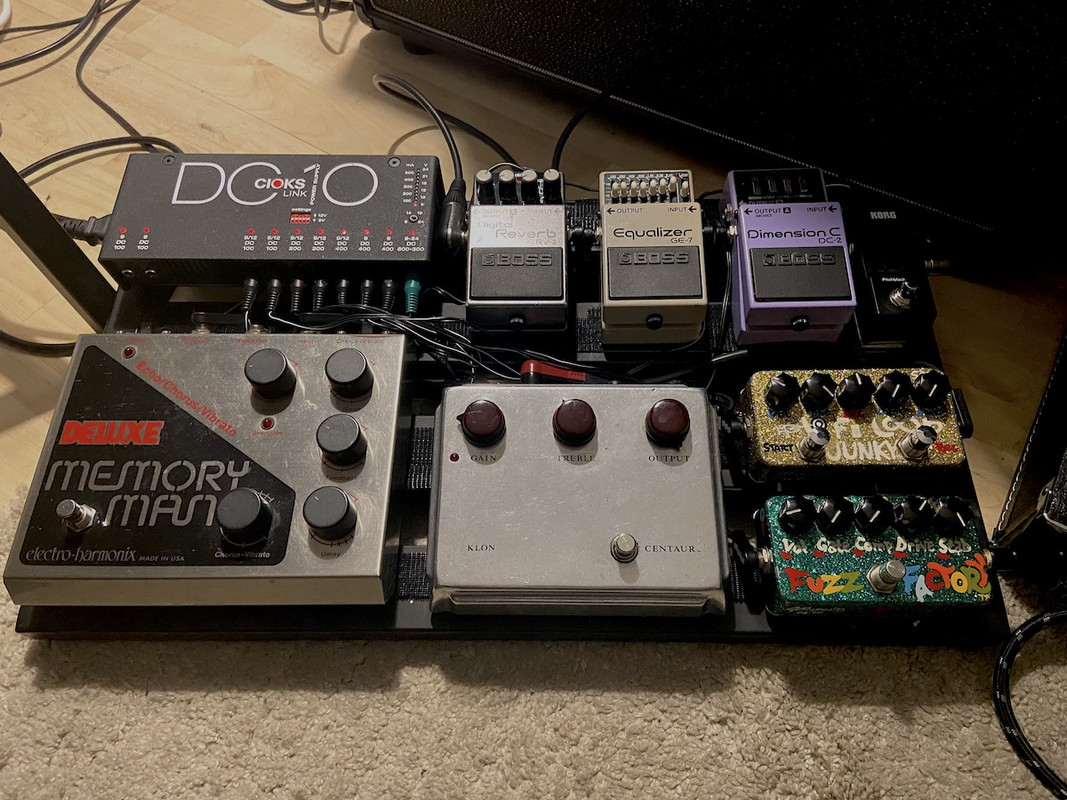 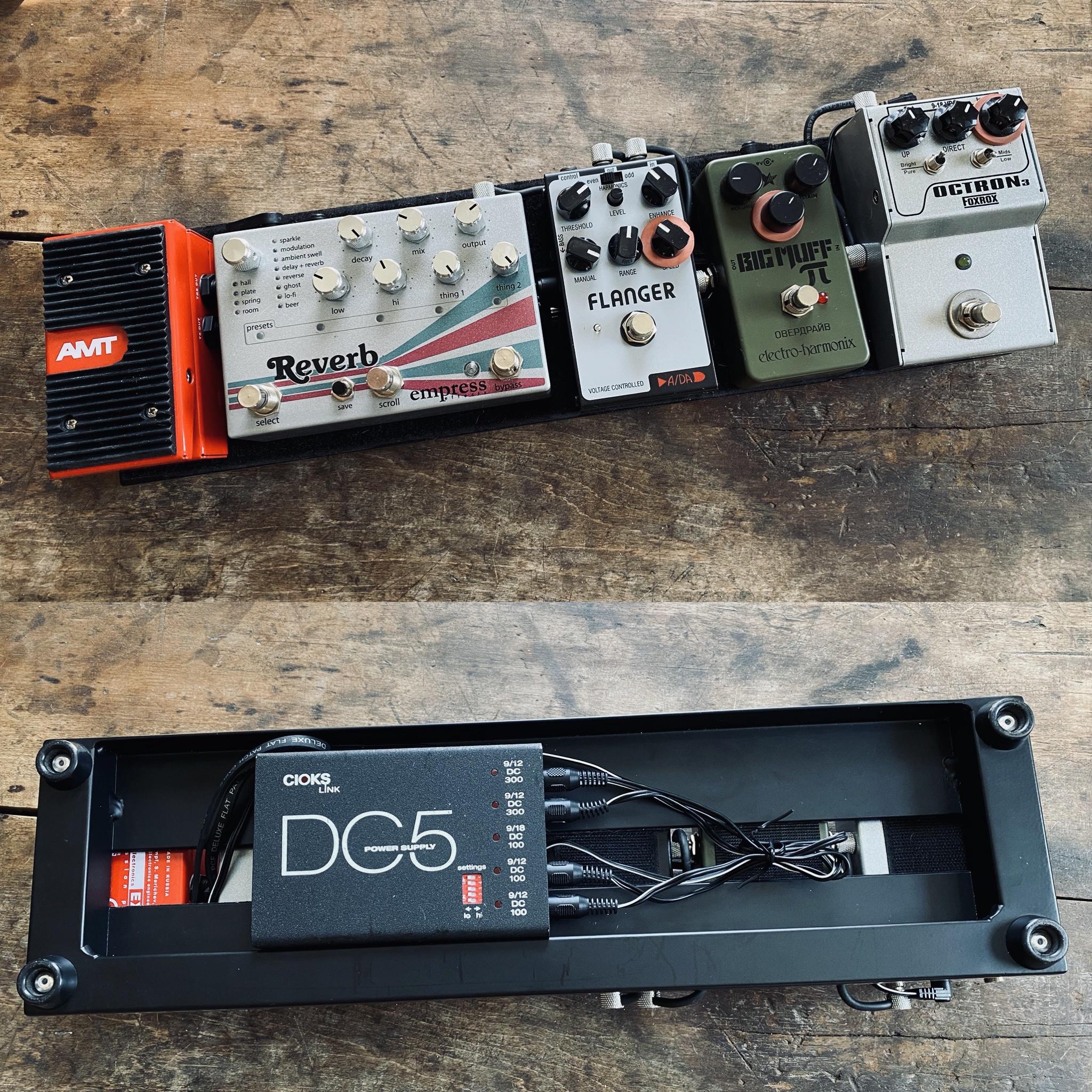 The board itself is by Heavy Seas Pedalboards in France. Less is more for me The latest version of the board, hopefully to stay this way for a good while! I use this for guitar and bass, depending on the gig. Switched to the 3 monkeys solderless cable this year and have been super happy with it. Easy to put together and zero fail rate so far. 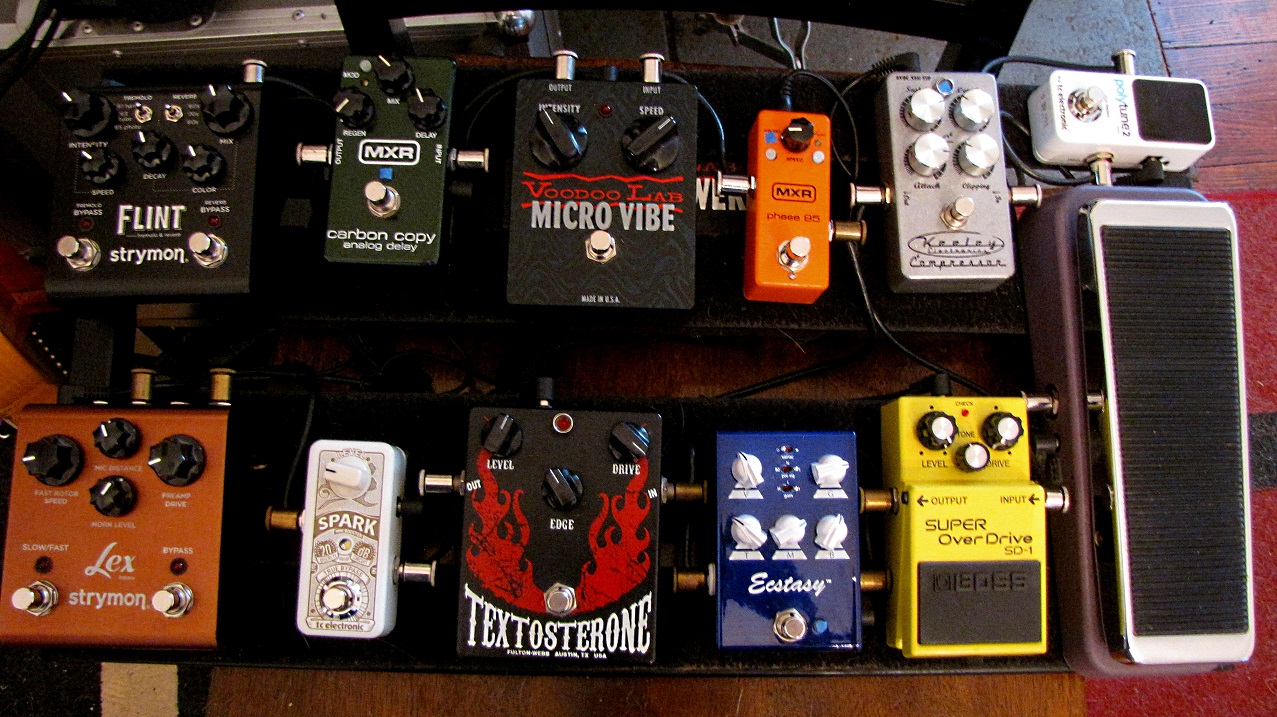