Signature guitars you like but aren't a fan of the artist.

R2-DD2 said:
I was going to say this -- the Eric Johnson strat specs are kind of perfect. I've got nothing against the guy, but I don't listen to his music.
Click to expand...

I’ve got an Eric Johnson strat too! I’ve probably only heard a handful of his songs, not my thing, but the guitar is great!

I also have a Jackson Adrian Smith, bought purely for the specs. I’ve not liked any Iron Maiden stuff since he used a Les Paul.

My only guitar is an Eric Johnson strat. I have mad respect for EJ but I don't own any of his music and he is not someone I'd listen to in my normal music listening situations.

He has one hell of a signature strat though. Super resonant, neck is solid as a rock, and I like that the finish is thin because I've developed my own personal relic job on it.

I have a PRS SE SVN Mark Holcomb but don't really listen to Periphery. No active dislike but what I have heard didn't turn me into a big fan. However, the guitar is great, all the specs I wanted, looks amazing, and as previously mentioned the Alpha/Omega pickups are great. 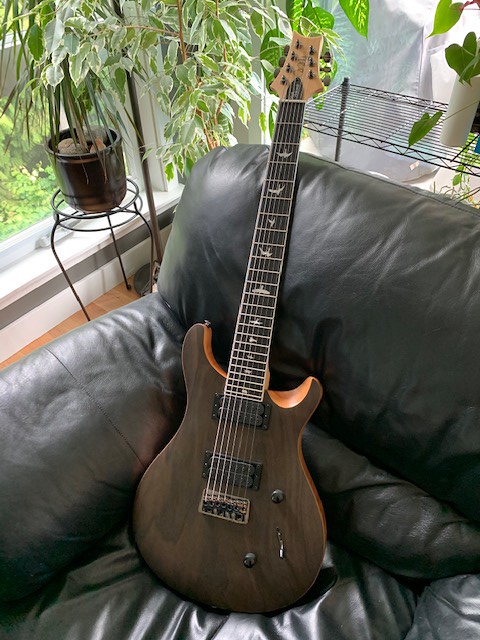 I also have a NYC Sadowsky Will Lee signature. Since Uncle Will is more of a studio guy there really isn't a band to be a fan of but he is undeniably a great player, and again, I really like the specs of his sig. model. 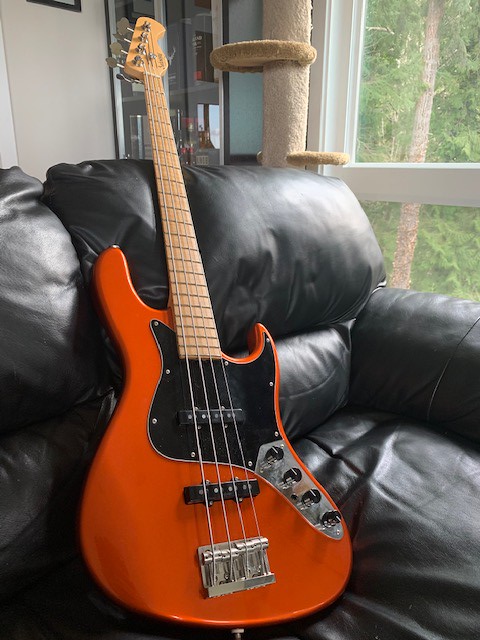 I don't really care about Sevendust but the Clint Lowery PRS SE model was a pretty nice guitar for the money.

HERSCHEL said:
View attachment 305472
Lee Malia Explorer. Plays well, sounds good and I had no idea who he was when I picked this up. Plus, I really like the humbucker/P-90 combo. After listening to some Bring Me The Horizon, I didn't feel any more enriched but I still like the guitar.
Click to expand...

I came here to post about my Lee Malia RD. That thing is an absolute monster after I removed the dummy coil. Great pickups. I scored mine new for 419 and it's maybe the best bang for the buck ever. His music... not my thing.

skullfunkerry said:
I had a PRS SE Holcomb which was a really good guitar (the SD Alpha & Omega pickups are just jawdropping), and I love the look of the Misha Mansoor Jackson, but I‘ve tried Periphery a few times and I just can’t get into them.

This was my Holcomb: 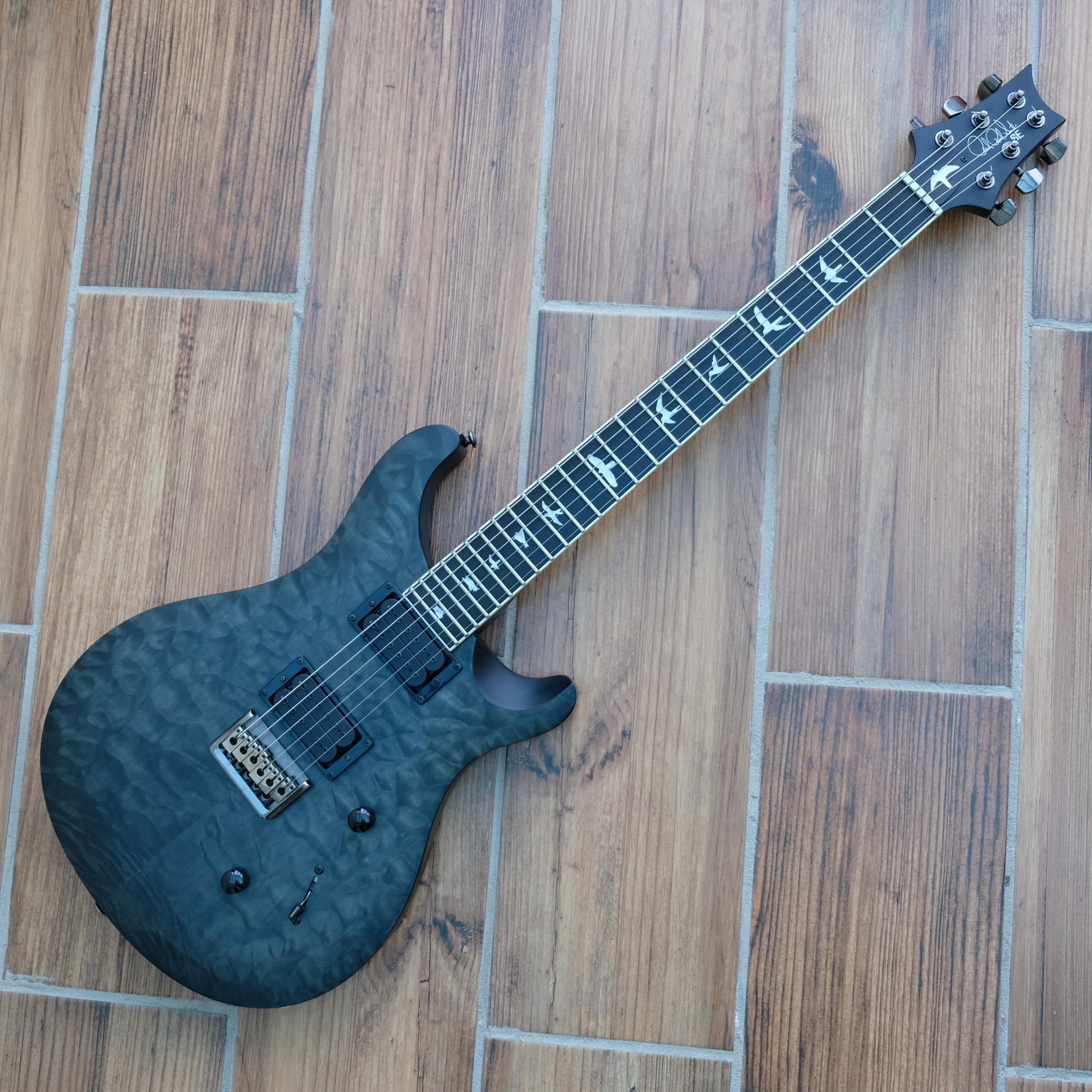 And this is the Jackson. I think it’s the best S-style body shape Jackson do, but I’m not a huge fan of the Smurf’s hat headstock; I’d still have one though!

Came here to say this. I absolutely love how that black/purple burst version looks. Jaw dropping. Never listened to a Periphery song.

One thing that will likely prevent me from buying a Holcomb is that it's a 25.5" scale, which I tend not to prefer on humbucker guitars. 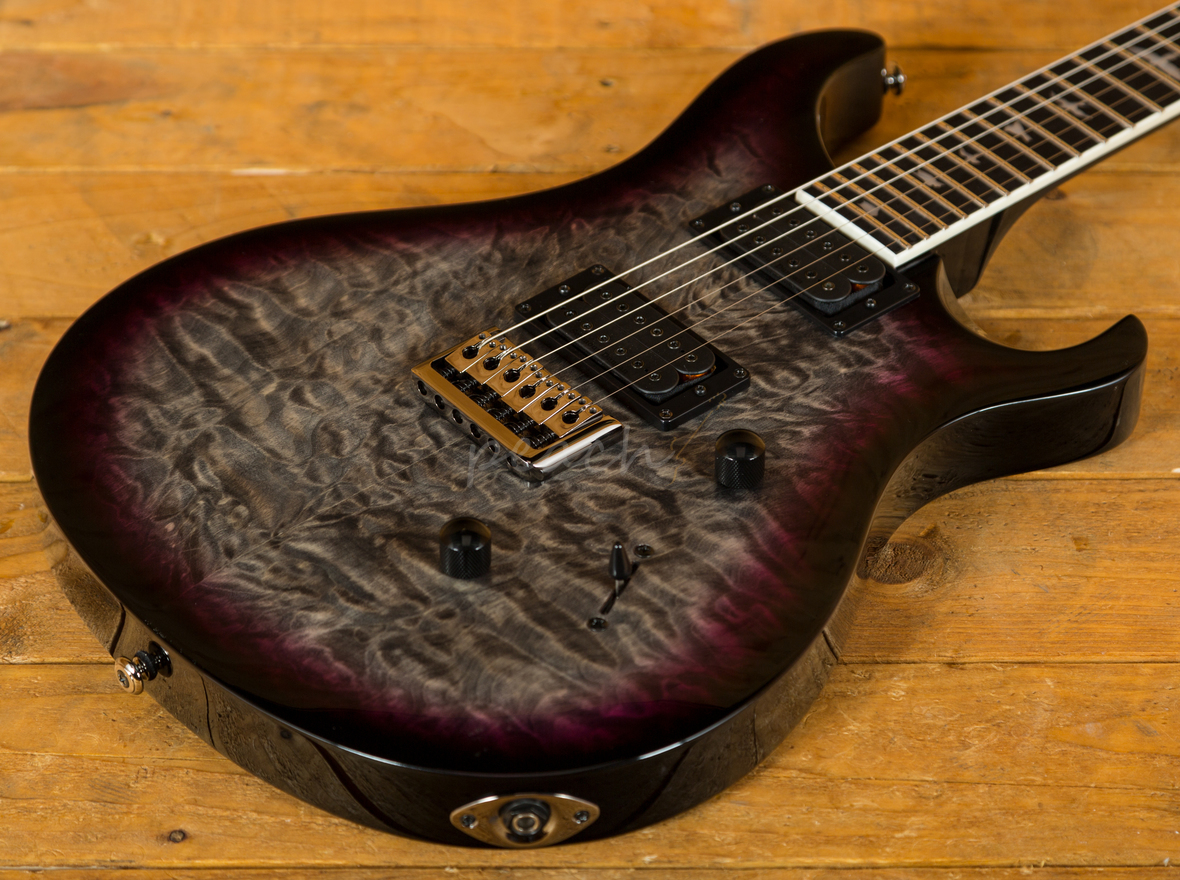 I like a couple of Shinedown's songs but can't say I'm a huge fan of them by any stretch. But man I LOVE that Zach Myers PRS signature model. I would really like to purchase it some day. Every time I've played it, I've really enjoyed the feel and sound.

For some reason, signature models seem to find me....I've never really gone seeking one out. Most every one I've had (or still have) was because of specs. These are ones I've had or still have:

-Muddy Waters Tele - still have. I'm a fan, but can't say I listen to him much. Specs are exactly what I wanted in a Tele
-Robert Cray Strat - kind of still have. I swapped bodies with a Classic 60s Strat because of the color and trem, everything else is from the Cray Strat....like his stuff, but again, don't own any CDs
-Reverend Pete Anderson PA-1 HB - still have. Can't say that I'd recognize anything of his, but I love this guitar and have wanted one since they first came out. Best hollowbody I've ever played.
-Mark Hoppus bass - still have. Excellent sounding/playing bass that I traded for. Wasn't even really looking for a bass, but my son wanted one, so.....Not even sure exactly who he plays for....
-Les Paul - still have. Love everything I've ever heard of his stuff, but again, don't own any CDs of his. Can't deny his influence on playing and on instruments/electronics tho.
-Derek Truck SG - gone. Like his what I've heard of his music, but don't own any CDs
-Eric Johnson Strat - gone. Love his playing, but again don't own any of his CDs

EJ Strats are nice. But can't say I'm an EJ fan. Respect his playing, but too much toanz and not enough tunes, IMHO.

babbyb said:
Not sure which albums you checked out, but Spoon have been on a downward trend since 2008 or so. Girls Can Tell and Gimme Fiction are fantastic, though.
Click to expand...

Strange how tastes vary. I have loved the evolution of Spoon. I really like all the records, and really loved the last two records, and can not wait for the new one which should have been released already but COVID pushed it back.

I cheated. I have an EBMM Albert Lee and I like Albert Lee! 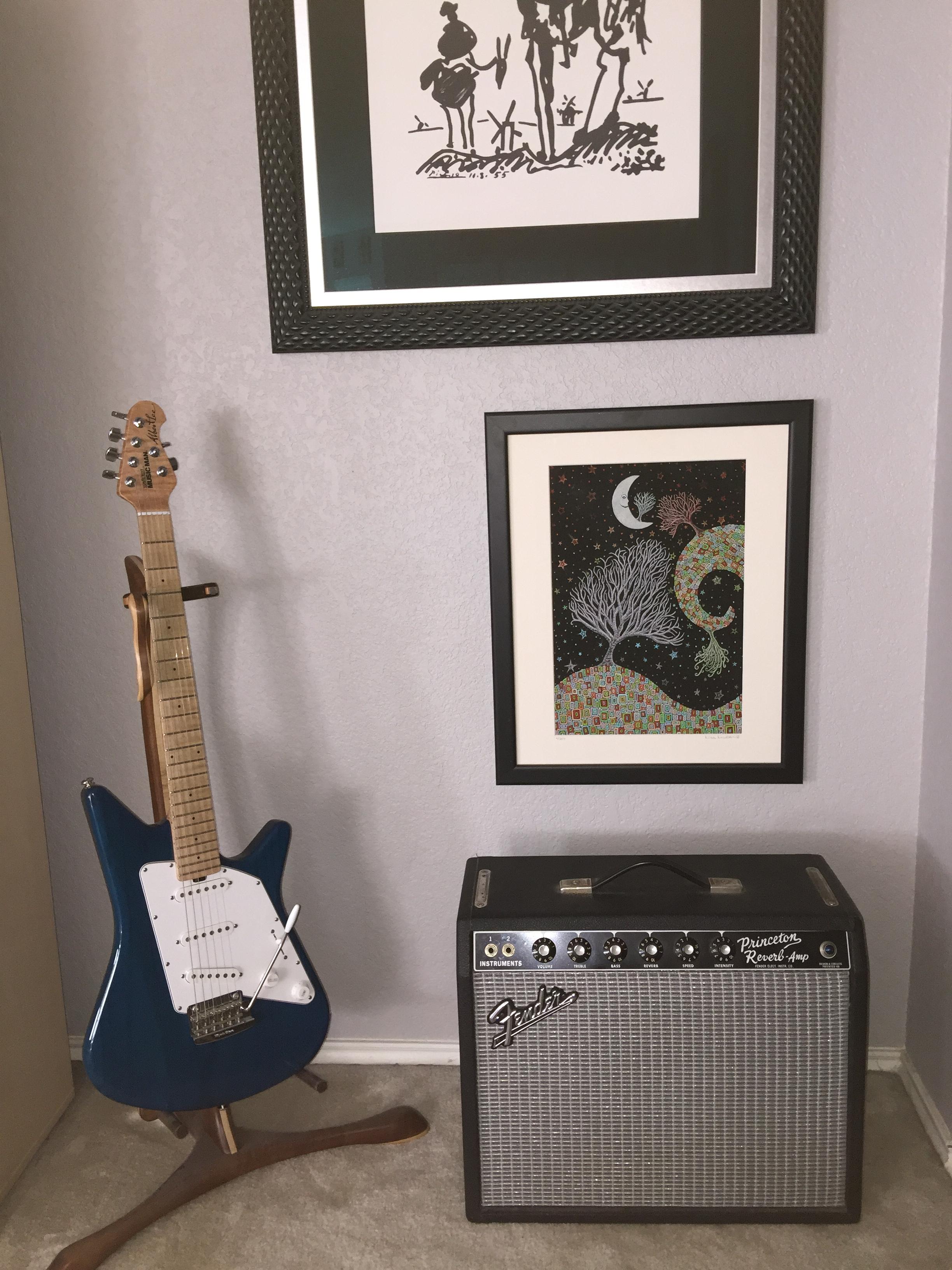 Suhrtainly! said:
David Grissom. Not that I dislike his music, just never listened to it before purchasing his signature DGT guitar. Now, that I've heard his playing.....it’s not bad.
Click to expand...

I've seen him play on countless occasions with Joe Ely, Storyville, and his own gigs at the Saxon Pub. Many times from five feet away... I can confirm his playing is really, really not bad. 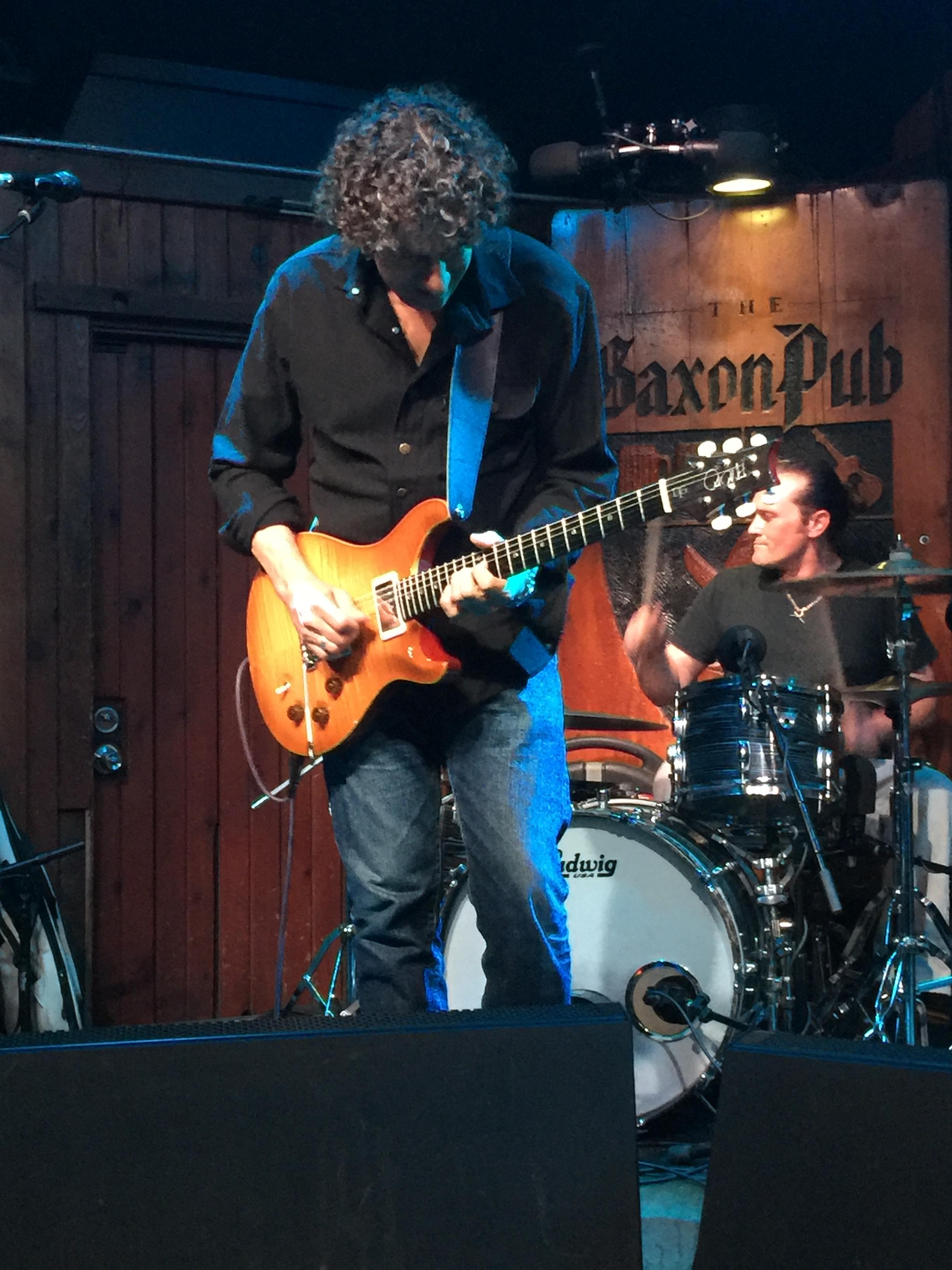 Jayyj said:
I bought a John Key Rickenbacker this summer. Nothing against Steppenwolf but they're not really my thing - this was more I wanted a jetglo 381 and they're pretty few and far between except for the JKs, and the JKs can often be found for less than a straight 381 anyway so they seemed like a good option.
(...snip...)
Click to expand...

rob2966 said:
(...snip...)
I also have a NYC Sadowsky Will Lee signature. Since Uncle Will is more of a studio guy there really isn't a band to be a fan of but he is undeniably a great player, and again, I really like the specs of his sig. model.
(...snip...)
Click to expand...

Ahem, Will Lee was only the bass player in The World's Most Dangerous Band.
(sigh) How quickly we forget...

To date, the only bit of a Steppenwolf song I can remember!

I have a Bourgeois Martin Simpson Sig acoustic. I'm not an MS fan, but the guitar was designed specifically for drop tunings and slide, for which it is the best guitar I have ever played.

Not really a Dragonforce fan, but if I were to get an Ibanez shred machine, that's what I'd be looking at.

ClickClack said:
Ahem, Will Lee was only the bass player in The World's Most Dangerous Band.
(sigh) How quickly we forget...

Edited to add: That haircut is best forgotten.
Click to expand...

No forgetting on my end, spent many nights watching them on Letterman (pre-CBS). Also aware of his work with the Fab Faux. That said, my point was more that he is not part of a mainstream band with the usual layman's recognition, which most signature artists are.

Not a fan of August Burns Red, but this Jason Brubaker ibanez is pretty sweet

Also, I'm not a fan of periphery at all, but the signature Dimarzio Titans are some of the better humbuckers i've played with.

rob2966 said:
I also have a NYC Sadowsky Will Lee signature. Since Uncle Will is more of a studio guy there really isn't a band to be a fan of but he is undeniably a great player, and again, I really like the specs of his sig. model.

Tony Done said:
I have a Bourgeois Martin Simpson Sig acoustic. I'm not an MS fan, but the guitar was designed specifically for drop tunings and slide, for which it is the best guitar I have ever played.
Click to expand...

Although I don't own any of his recordings, I have seen and heard Martin Simpson play guitar several times over the past couple of decades and I would suggest to anyone unfamiliar with his work to check him out. He's a fine player with a great touch when it comes to finger-picking and bottleneck slide.
You must log in or register to reply here.
Share:
Facebook Twitter Reddit Pinterest Tumblr WhatsApp Email Link