Sloppy burst on a $1750 Showcase Telecaster

I was browsing GC and saw this Tele out of reach of poor customers, and was surprised to see a sloppy spray job around the edge of the body. It's about two inches of thickness, everywhere except the lower left, where it's only about an inch. It's more noticeable in person, since the paint job plays off the lights in the room. 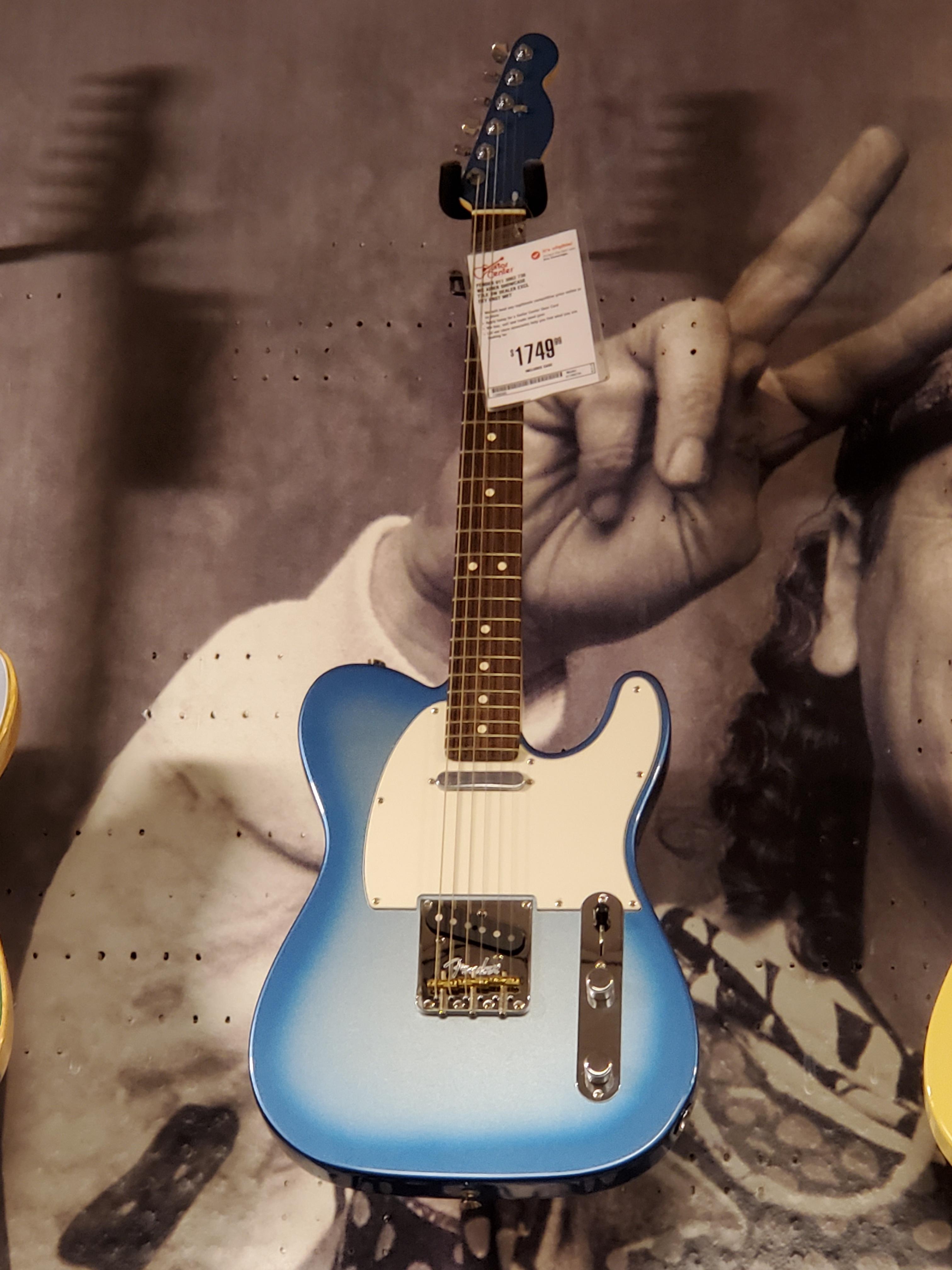 Unrelated to this guitar, I was looking at Google images and came across an American pro with a similar sparkle burst, and it has the same sort of inconsistency all around. 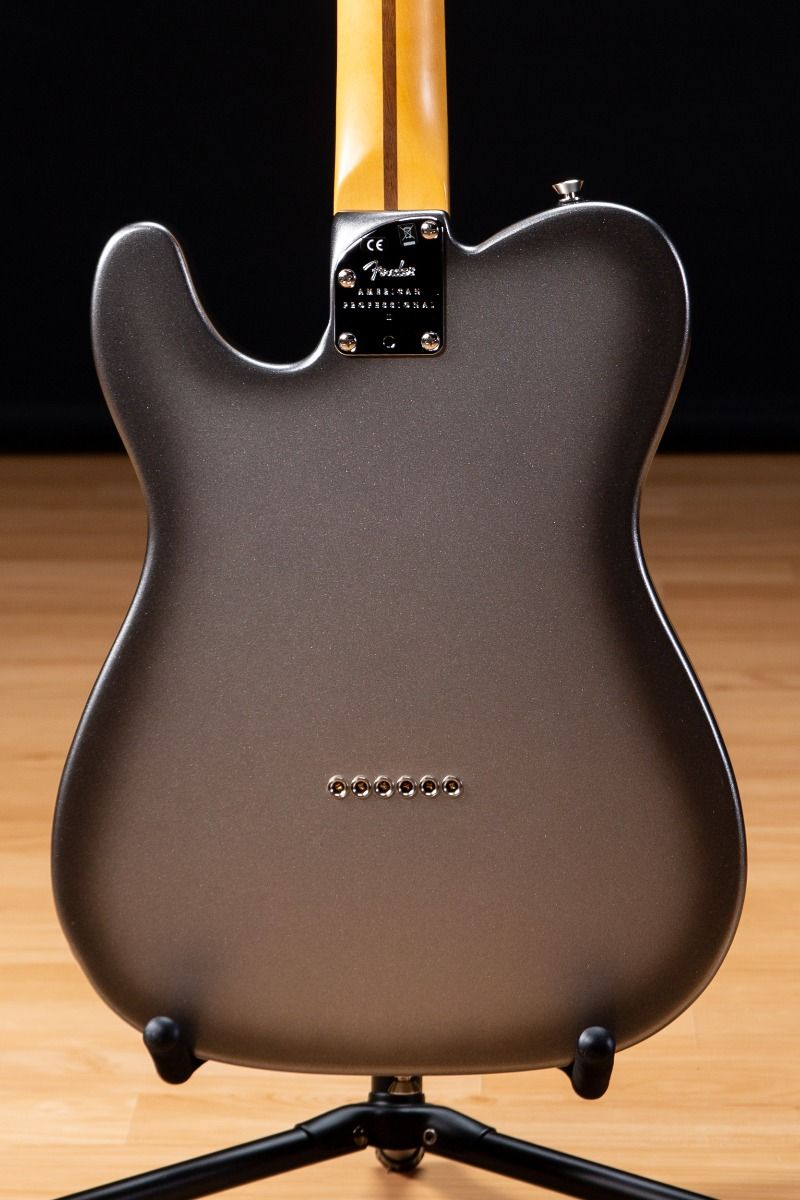 It's just another example of one having to wonder why they're paying $1,750 instead of ~$300 for something so substantially similar. I thought all that extra cash went into attention to detail (aside from domestic labor costs). Some people will say this gives the guitar charm or character, but the same could be said for the numerous flaws you'd find on a $150 counterfeit Fender off of DHGate. This is the sort of Monday morning hangover work that was common with early MIMs. It makes me wonder if these had been sent to Ensenada to be painted.

One of the things about making guitars rapidly in China is that they probably created some kind of rig to bust out a burst spray job in under five seconds, and it comes out just fine on this $192 Squier Affinity Tele. Maybe it's time to bring some of the cheapo guitar China tech to the Corona factory. 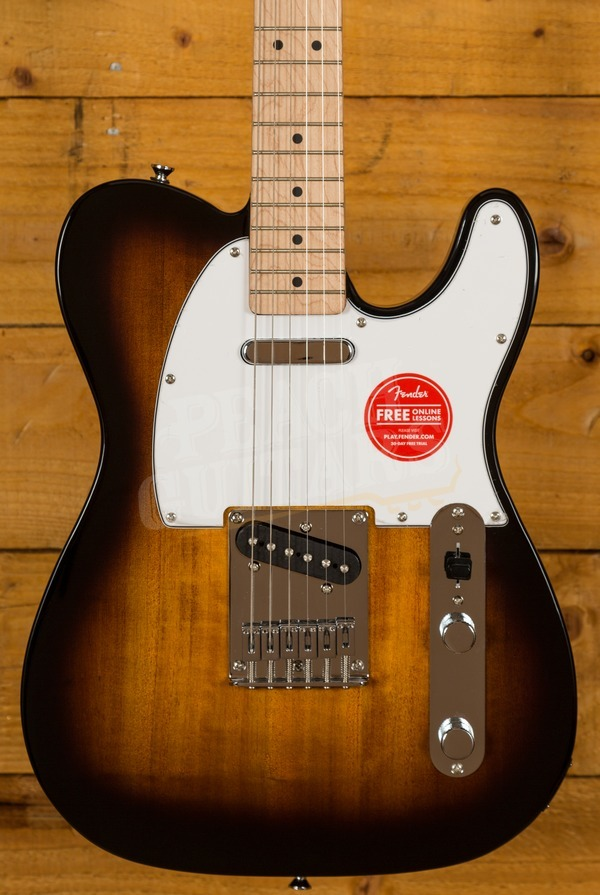 If you'd shown me either of the first two pictures and said "What do you think?" I would have never said "Hey!! Is that burst less than even?"

Indeed. But I still think I'd prefer it not to be done by hand if this is the result sometimes.
J

Hmm so OP is telling us that guitars within reach of poor customers have a “better” paint job…so shouldn’t he be happy that he can buy the $192 guitar? Not seeing where the complaint is.

IMO... pleasing aesthetics do require a certain amount of symmetry.

If your girlfriend only put rouge on one half of her face, only trimmed one eyebrow, and lipstick only on her bottom lip.... would you notice?

Fender need to sort this out.

Much ado about nothing. Who wants cookie cutter finishes. It’s made by a human and not a robot.
T

^ This. Poor gradation on a burst is a deal-breaker for me. Much more so than unevenness in application.

That is pretty atrocious indeed…

I recently sent back two AP II Strats due to multiple issues. A MIM Robert Cray popped up locally and I snagged it.

The neck is incredible, it’s light (<8lbs), resonant, and it just sings and sings.

prodrigu said:
That is pretty atrocious indeed…
Click to expand...

I'm not sure if you're joking, because $1750 is throwaway money for some, and a whole paycheck for others, but this is essentially top-of-the-line American Fender, which is top of the line within the brand of Fender, so it is atrocious in that they should see such a detail on the best of their best. Does Gibson still screw up their bursts like this? Im surprised so many of these guitars passed QC and nobody sent a friendly email to the airbrush department about it.

People pay big money for guitars that looked like its been drag behind a pickup truck. Then complain about paint job. Just play it. if it feels good and sound good. Buy it.

It might look weird in the display case a collector would put it in to look at mounted on a wall. As a guitar it's fine. You should see how uneven my play wear is, its a travesty.
L

Man, wait ‘til you see some of the bursts from the Gibson Custom Shop…

If your girlfriend only put rouge on one half of her face, only trimmed one eyebrow, and lipstick only on her bottom lip.... would you notice?

Fender need to sort this out.
Click to expand...

You should be more upset at the cost of those guitars, rather than the colors.

D K Souther said:
You should be more upset at the cost of those guitars, rather than the colors.
Click to expand...