To my eye, a sparkle finish that actually works on a guitar is a rare bird. They always look like a bass boat (Or much worse). If I made my living on stage I might make concessions.

BigDoug1053 said:
I own a couple of Gretsches and Gibsons that have metallic finishes, but none like the sparkly examples seen here. I do agree that they are cool finishes. These look nice. Understated and tasteful.

Picked this up recently. The black is metallic and the polka dots are silver sparkle. Pretty crazy. Tucker McElroy said:
Man, that's awesome! If you lived anywhere near me, I'd hire you to do one of my strats!

(I have neither the skill nor the patience.)
Click to expand...

THANKS! I’m not sure I could make any money based on the amount of work it takes

Ibanez RG570 from around 94? Sour Apple Green sparkle finish. Not my guitar in pics. But mine is just like it, with a few less dings! Actually this one isn't bad. Great guitars. 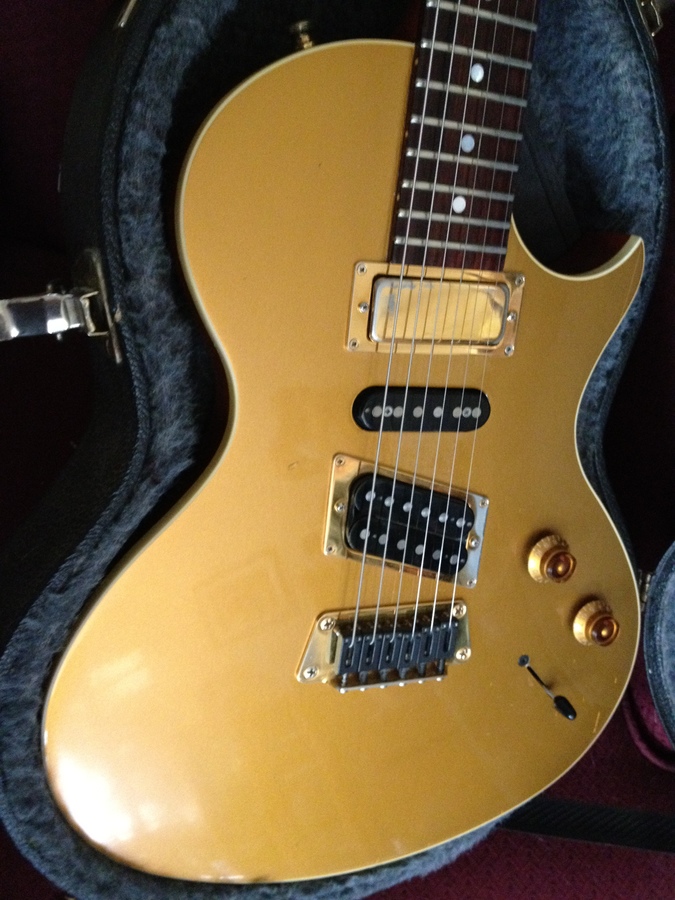 rumbletone said:
The model is just a sparkle jet from the 90s, with this version commonly referred to as a ‘blue pearl’ top. Later Gretsch released an actual Blue Pearl Jet model with the same top but different electronics and other different features. Like the sparkle finishes, it’s a drum wrap that they started putting on guitars.

It’s probably my most played guitar in the last 2 decades (though currently my Suhr gets more gig time, for various reasons). I upgraded to TV Jones pickups, and the volume pot and output jack were replaced when they wore out. Otherwise it’s all stock.
Click to expand...

So the pattern I'm seeing in the top is a reflection?

Here is a Dick Dale Partscaster I made up a few years back. Has HOK 4mm flakes and buried in reranch nitro. 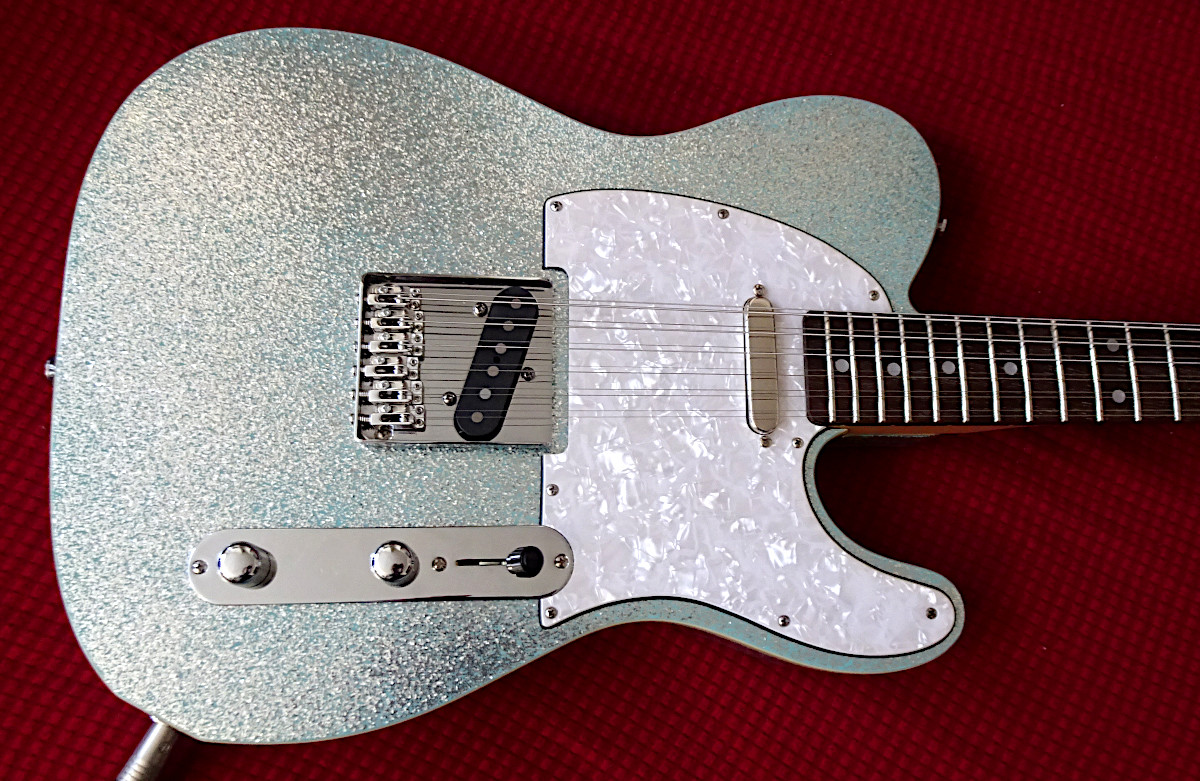 I say "yea", for other people.
I wouldn't want a sparkle finish on one of my guitars. 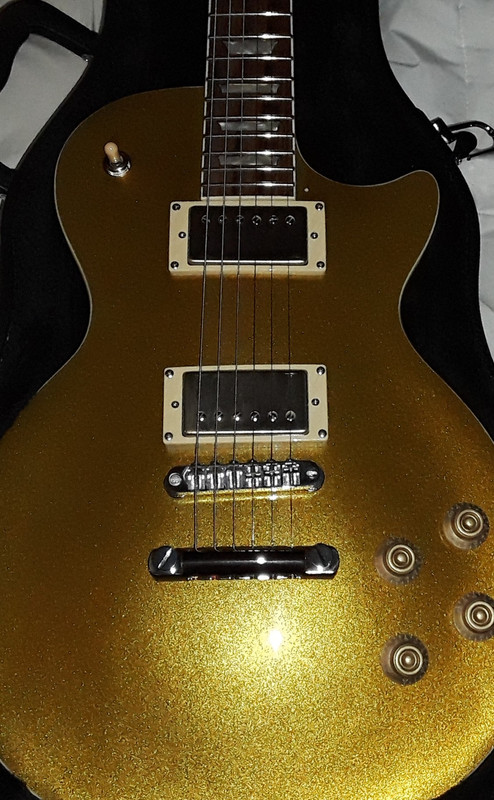 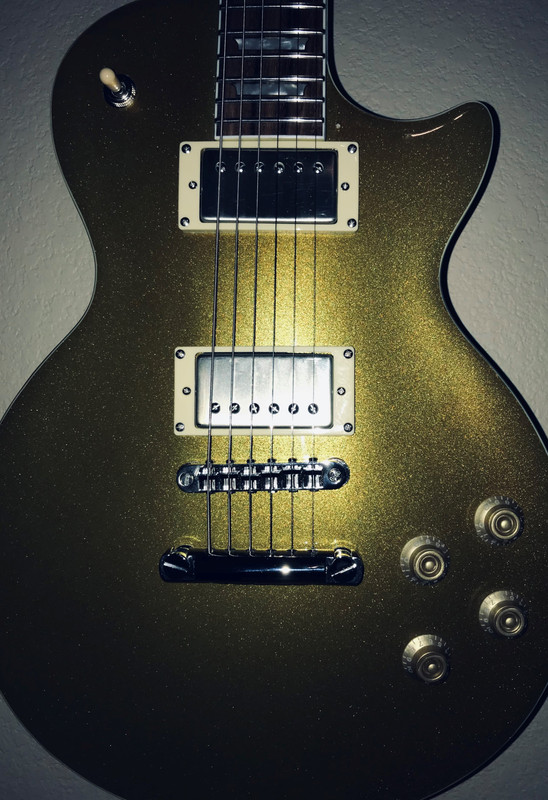 Has PRS ever made Sparklies? Don't recall seeing any PRS in Sparkle.

Here are my two. Painted them myself. They look great from about 5 feet, but my limitations as a painter show up the closer you get to them. Strummerfan said:
So the pattern I'm seeing in the top is a reflection?
Click to expand...

No, the rosé colored one is the sparkle. The silvery one with the celluloid “ribbons” looks like that.

They are both topped with the same kind of sheets they use for their drum kits; hence the look.
D My really early Dano U3 that is now champagne in color. Cody said:
No, the rosé colored one is the sparkle. The silvery one with the celluloid “ribbons” looks like that.

They are both topped with the same kind of sheets they use for their drum kits; hence the look.
Click to expand...

Drum wraps offer a lot of possibilities for guitars and /or other things. As long as the surface is flat (or, a cylinder) they're always an option imo.