Sterling Magee, "Satan" of Satan and Adam, has died

Sterling Magee, the man George Benson called "one of the greatest guitar players he’d ever known," died in hospice on September 6, 2020 due to complications from COVID-19. He was 84 years old.

Magee spent his earlier life playing with artists such as Etta James, Marvin Gaye, Little Anthony and the Imperials, James Brown, King Curtis, and George Benson. Later in life, he busked on the streets of Harlem and one day met Adam Gussow. They jammed, and formed Satan and Adam. Street busking led to clubs, then tours, and then albums.

If you dig the blues and haven't seen it, check out the documentary "Satan and Adam." It's available on Netflix. 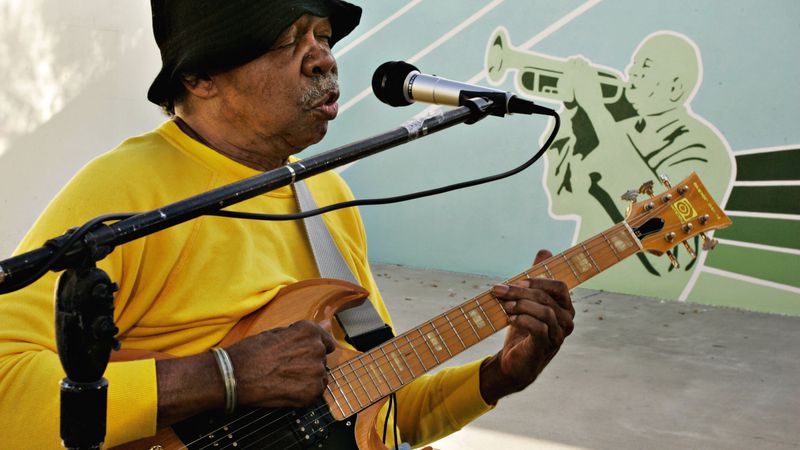 As half of duo Satan and Adam, Magee’s winding career was subject of documentary on Netflix. 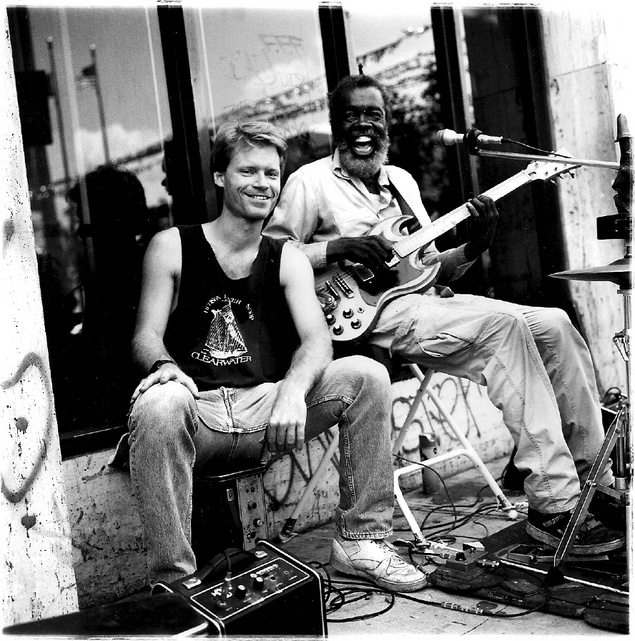 Was not familiar with Mr. Magee but just put the film on my Netflix list. Always glad to find something new... thanks!

This makes me very sad....I found Mother Mojo in the used bin at a CD store maybe 25 years ago and it's always been very special to me. I've actually traded email with Adam Gussow to let him know how much their music has meant to me and how influential they were in the music I've written and performed.

I worked with Jason ricci for a long time and he was great friends with Adam gusso. I heard a lot of great music but even better stories about Mr Satan. Rip

I have not come across either of these guys - but after a recent perusal on Google - it appears the duo was quite important in the 'underground' world of the blues.
Sterling Mcgee seems to be a one in a million guitarist/performer. Adios Sterling.

I was never really familiar with Sterling Magee until now. I must check out some YT videos. The list of people he played with is very impressive. But it's too bad he has passed away but his music still lives on. R.I.P.
C

Check out the book! Adam is a literature professor, I believe, and the book is really well written.
L

That is a bummer !! My drummer is good friends with Adam !!

Very sad .. His playing is just so emotive .. Lots of passion .. A gallon of emotion in a 1 pint container .. Saw him last in '88 (i think) at Berklee Performance Center ... AWESOME! .. saw Benson there quite a bit as well 6-7 times .. Saw Magee a couple times at Newport .. I lived within a quarter tank's distance my whole life so i attend the Fest often .. if you've never been, it makes a great bucket list item

RIP Sterling .. You have well-earned your rest .. Thank you