So I had my 50th Anniversary Jaguar on CL to help fund a new amp purchase (Bad Cat Cub III 15 Head) and I was going to accept a partial trade of a MIM Telecaster, but I got an offer with half the cash I was asking plus a 1971 Ibanez Les Paul Goldtop with original HSC. I don't know anything at all about Ibanez, and I'm waiting on pictures of the guitar (the offer was literally just made), but I was wondering what the value would be on the guitar if it was in good condition. Would it be worth roughly $600?

Thanks in advance and I'll post pics when I get them!

Probably not the best era for Ibanez. Neck bolted onto a skinny body? $600 seems optimistic, but I'm not an expert. 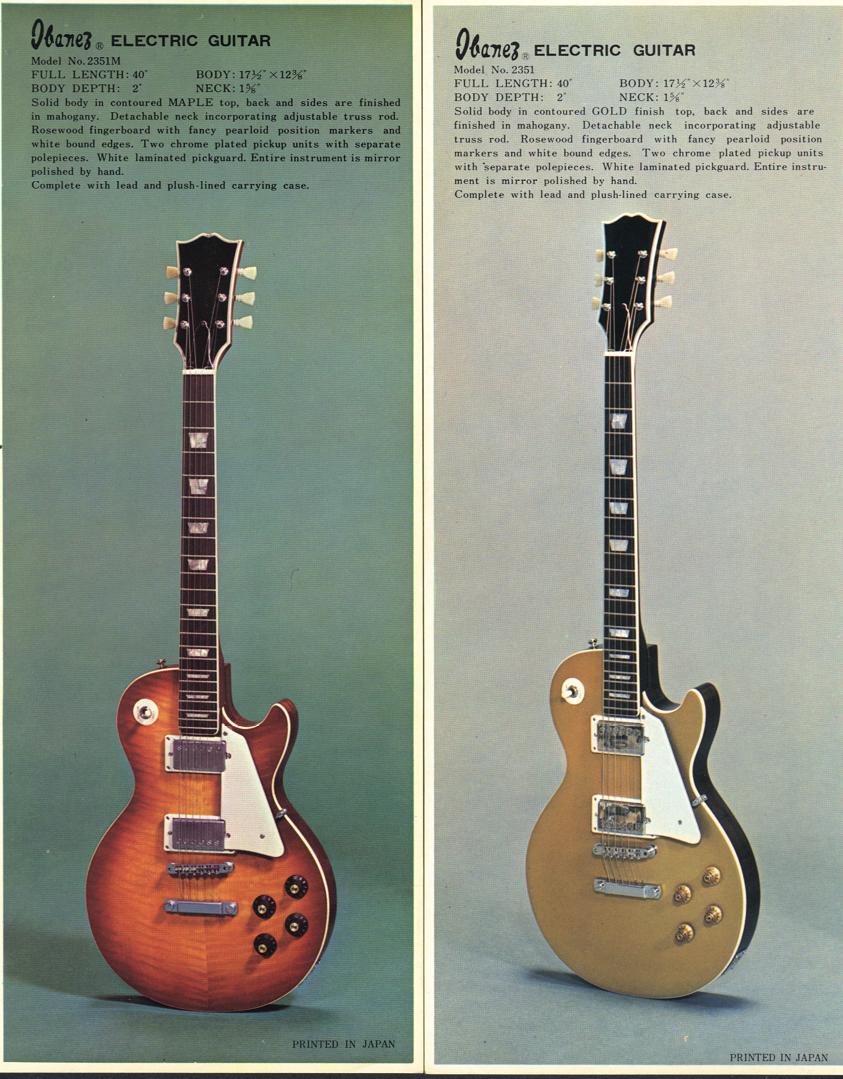 Yeah, the early stuff is going to be pretty crude, and probably not worth 600 bucks. If it actually is a '71 it will likely have a bolt on neck with body end of the fretboard having rounded corners, and the pickups may be cheap single coils under a humbucker style cover. The top will probably be laminated instead of solid, and there might be an air gap.

Thanks for letting me know. I decided to pass.

You really have to nail down the manufacture date for Ibanez copies. Ones made in the very early 1970s (71-72) are the lowest quality (but not horrible). Come 1973-75, the pickups were Maxons and the quality of the neck and body increased considerably. After the appearance of serial numbers (August, 1975) and especially when they dropped using the open book headstocks (1976) quality was very high, and $600 is actually a great price for one, even though it's a bolt-neck.

Dating the guitar without a serial number is hard, but not impossible. If the pickups are Maxons or later, they will have serials of their own that can be dated. Prior to that, there are small details to the guitars that can get the manufacture date down to about a two-year window.

The catalog picture included below is probably from 1971. Through 1973, the Ibanez catalog photos did not show logos on the headstocks. That is NOT because Ibanez sold non-logo guitars. It is because the Factory (Fujigen) gave out the same photos to anyone selling their guitars (such as Ibanez and Greco). No logos meant they could be used in any reseller's catalog.

Other fun facts: As far as we (the Ibanez Collectors World Forum, www.ibanezcollectors.com/forum) can tell, Ibanez LP copies never used the "single coils masquerading as humbuckers" pickups. As pointed out, the body, while not plywood, is a butcher-block construction with an arched ply top, giving the guitar a chambered sort of build. From what I've heard, that's how Norlin was building Gibson LPs during the seventies. (I'm happy to be corrected on that point.) Depending on the year made, the tuners can be run-of-the-mill cheapos (early years) to better, sealed tuners (later years).