I'd probably take it to a good tech with your LP and ask them to try and get it feeling as close to that as you can. I had a really stiff feeling LP, when I brought it back after fret dress and setup I actually had to go up a string gauge as it was almost too easy to bend.

Thread resurrection time but this seems to be the problem I'm having with my 335. The neck relief is where I want it, the neck angle is slight with my ABR-1 almost flush with my tailpiece just a tad beneath it, and the action is super-low....yet it feels like I have 11 gauge strings on it compared to my LPs. Funny thing is they are all strung with the same brand of 10s.

I've heard that some guitars are just inherently stiffer than others, all semi-hollows are stiffer than solid bodies...or that it's a set-up problem. Well it definitely isn't the latter because my 335 has a lower bridge than any of my LPs, a straight neck how I like it (just the tiniest relief) and a very low action.

So why are bends so much more difficult on my 335? Why are my LPs such a joy to play in comparison? 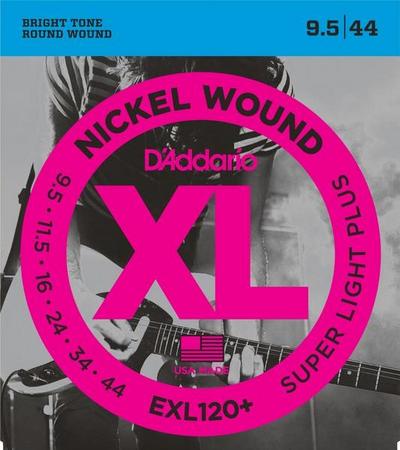 Have no idea what causes string tension differences but just to clear the air on this, I have a Gibson Midtown (semi-hollow) and it has a very slinky feel so I don't think it's inherent to semi-hollows.
Also, I just bought a Telecaster with a 25.5" scale and it's one of the slinkiest playing guitars I own. All my others are 24.75" scale.

I had an ES-335 that felt very tight (and sounded tight and focused) and a Les Paul that actually felt way too slinky (and sounded "soft" and lacked focus). Now I have a Heritage H-535 that feels and sounds just right. I set them all up the same an the scale length and fret sizes were similar. The ES-335 had the most squarly cut quarter sawn neck I'd ever seen on a guitar. I don't know if that could affect it.

Play it every day for a couple weeks and I bet the strings will loosen up - actually, your fingers will get stronger. I've been playing a lot lately and have noticed all my guitars feel "slinky."
R

Hard to diagnose over the net. Could be a lot of things. Would have to see it.
R

Sometimes odd stuff can make a guitar more difficult to play and it somehow registers as "string tension" somewhere in my brain - but it's not.

I understand that the change couldn't have altered tension but remember feeling that the difference in ease of playing felt similar to moving down a gauge.

Take out a caliper and check.

I owned an incredible GVCG Tele that I had the same challenge with. It was an incredible guitar by most measures, but the string tension was off the charts high. I tried for a year to get used to it (including using lighter gauge stings), but ended up moving it along. The new owner loved it.

HoboMan said:
Have no idea what causes string tension differences but just to clear the air on this, I have a Gibson Midtown (semi-hollow) and it has a very slinky feel so I don't think it's inherent to semi-hollows.
Also, I just bought a Telecaster with a 25.5" scale and it's one of the slinkiest playing guitars I own. All my others are 24.75" scale.
Click to expand...

I owned a Gibson R0 for a time that was very stiff. The nut slots were cut right, break angle was good. I took it to get refretted and Plek'd. I told the gentlemen doing the refret that it played stiff and he agreed. After the refret, the stiffness was completely gone. I initially thought that the new frets solved it, but the guy said that he thought that it was due to a slight backbow in the neck that was there when Gibson installed and leveled the frets initially.

The neck was straight by looking relative to the frets, but the pull on the neck contributed to the stiffness. He said he added relief to the neck to correct this before re-fretting it. This made some sense to me as the break angle and nut slots were all similar to my other Les Paul that played very slinky. I'm not a luthier so I don't really have a clue but it did sound plausible and my guitar felt totally different afterwards.

I am curious if anyone else has ad a similar experience. It might be worth checking into with your 335?

Jayyj said:
I find even though I set my 335s and Les Pauls up the same way, the ergonomics of them make them feel different - my hands aren't in exactly the same place on one as they were on the other so I don't feel as comfortable. For me it's the other way round, so the 335s are perfect and it's hard dialling in the Les Pauls to match them, but it could be a similar thing in reverse.

There are some pretty cool string options that are more subtle than going down a whole gauge - might be worth trying a set where the top string is 0.5 lower. Somehow they seem to make a difference without feeling like you changed string gauges. There are also a few companies like DR that make sets that take a little less effort to bend than standard strings, so those could be an alternative.

I find although I try to keep as much as possible to my preferred spec for set ups (10-52 with a very straight neck and low action is my ideal) some of my guitars just don't suit those spec, so Les Pauls I've gone to regular 10s, Gretsch I use 11s or 12s and so on. I always try the 10-52s first, but I don't think it's anything to be afraid of trying different gauges.
Click to expand...

I agree. Other past threads have mentioned this same phenomenom with Fender Strats, and Teles.

I would go down a half gauge in strings at first, then if that doesn't fix your problem, go down another half gauge.

The sustain I get from having my stop tail set up this high and at this angle from the bridge give me more then enough sustain , and I use 7-30 gauged strings with as low action as the guitar will give me. Any further lowering of the stop tail for me, I have found, offers no significant extra sustain.

Use lighter gauge strings. I can bend .010s any way I like all day long, but when I pick up one of my acoustics with .012s on it, with the same low action & fret height, it's considerably more work to do the same bending.

OP here. I really like my standard 11-49 set that I use on all my electrics. I raised the tailpiece a tad more, topwrapped and got my hand strenght up. Now, I roll with this fine instrument.

Thank you so much everyone for your constructive solutions. The problem is lessened, but the mystery remains. On other very similar instruments in my collection, (Epi Riviera) the same set feels almost too slinky. Oh, well.

Agree that a little relief can help re the tension. Get a pro setup and then see what happens. You can also try the wrapover technique on the tailpiece to get a slinkier feel, or lighter gauge strings.
You must log in or register to reply here.
Share:
Facebook Twitter Reddit Pinterest Tumblr WhatsApp Email Link