The Best and Worst Joyo Pedals?

I think I'm going to start buying more of these pedals after I was really impressed with the American Sound. I'm specifically wondering about their British, California and whatever chorus pedal they offer to replace my BOSS CH-1.

Joyo Ultimate Drive is outstanding, as are either the blue analog Chorus and Classic Chorus. I was playing the blue tonight and can’t say enough about it, and if anyone disagrees I’d love to hear a rational reason as to why...

I have a few of the new R series. The Aquarius Delay, Atmosphere Reverb, Tauren overdrive (Klon) and the Zip Drive (BB Comp clone). They're all really good. I've had quite a few Joyo pedals. The only bad one I remember was the Voodoo Octave.

The Joyo Dyna compressor and the Classic flanger are very nice...!

joyo are the kings of under the radar epicness....hahaha - the big orange classic chorus is one of the best chorus pedals on the market, the space verb is exceptional and beats a hof and for going straight into the pa the american is incredible for the price

I'm very impressed with the Ultimate Drive and the Uzi. UD for low to medium gain and the Uzi for the rest.

I wasn't a fan of the California..I've been using their 6 band eq pedal for years though.

Not an effects pedal, but a nice rechargeable power supply from Joyo ~
reasonably priced @ $69.

Sweet Baby is a good'un, as is the Deluxe Crunch. I wasn't a huge fan of the Maximum OD in the R-series, but that's more down to personal taste than anything.

American Sound is great, both as overdrive and preamp, and both for bass and guitar, some even prefer it to the priginal Tech 21 Blonde, that it's a clone of, supposedly having slightly more upper frequency content, as well as the Mid and Voice (which is named Character on the original Blonde pedal) controls have different center frequency points than the original.

My personal favorite got to be the Orange Juice though, which allegedly is a tiny and as a result of that scraped down version of the now discontinued Tech 21 Oxford, or at least heavily inspired by it, non the less it makes for a great low to medium gain guitar overdrive effect, and in my opinion an even greater low to medium gain bass overdrive with a magnificent clanky and grindy character, especially if blended with some clean signal, by using a parallel effect loops/mixer pedal, like for instance the Boss LS-2, which in fact is what I use for my medium gain kind of overdrive in my bass setup currently, with a Mosky Black Rat, Rat clone, using the Vintage mode and set to a high gain sort of distortion tone, stacked in front of a Joyo California Sound, set to a medium gain kind of overdrive, placed in the other parallel effects loop of my Boss LS-2, the one I use for clean signal blend for the Orange Juice overdrive when the distortion chain is not in use, those 2 pedals stacked together making for a monster heavy, ballsy and fairly dark sounding distortion with some quite raunchy fuzz like qualities, and then with the Orange Juice overdrive running in the other parallel effects loop of the LS-2, instead of clean signal blend, preventing the distortion from getting too muddy, but instead actually adding a great sense of definition and making it sound quite articulated, while at the same time adding a grinding edge to it.

All in all respectively making for a great overdrive tone that despite a quite grinding edge still retains some low end punch from the blended in clean signal, and an absolutely massive distortion tone that is both super heavy and raunchy sounding but non the less never gets muddy thanks to the blended in Orange Juice overdrive giving it a well defined grinding edge, both adding to the cheer massiveness of the distortion but at the same time actually making it quite articulate.

Alone the Orange Juice would probably get too bright sounding for bass and the California Sound too dark and muddy, but in this particular context they seem to make for the absolutely perfect part components of respectively the ultimate medium gain overdrive and the ultimate high gain distortion for bass.
Last edited: Aug 2, 2020

I can vouch for the Joyo Zip Amp being a BB Comp clone, and it’s fantastic.

If you like the American sound I recommend you get the AC Tone as well. California sound is the worst of those four. British is ok.

Another great pedal is the Vintage Overdrive. Prefect and transparent, for when you need a little hair to add to an already driven amp.
R

I've just replaced my optical Moreley Wah/Volume pedal with its Joyo cousin. Whilst the Moreley is a Rolls Royce piece of kit and has served me well for the last 6 years it is just too darn big to sit on a pedalboard.
The Joyo is great value for money; 6 wah profiles, Q control and possibility to set the lowest volume position where you want it. Solid and quiet.

I had a Voodoo Octave but despite the name, I didn't hear a lot of Hendrix in it. Still, a good fuzz with a scoop function. Octave was a little weak. Not one for a little hair, as even at the lower levels, was still pretty aggressive. Some of the more technically minded suggested that some of the electronics was done wrong and had a tweak to fix it, but I found it to be a fine the way it was. Sold it when I got my Orange Fur Coat though. 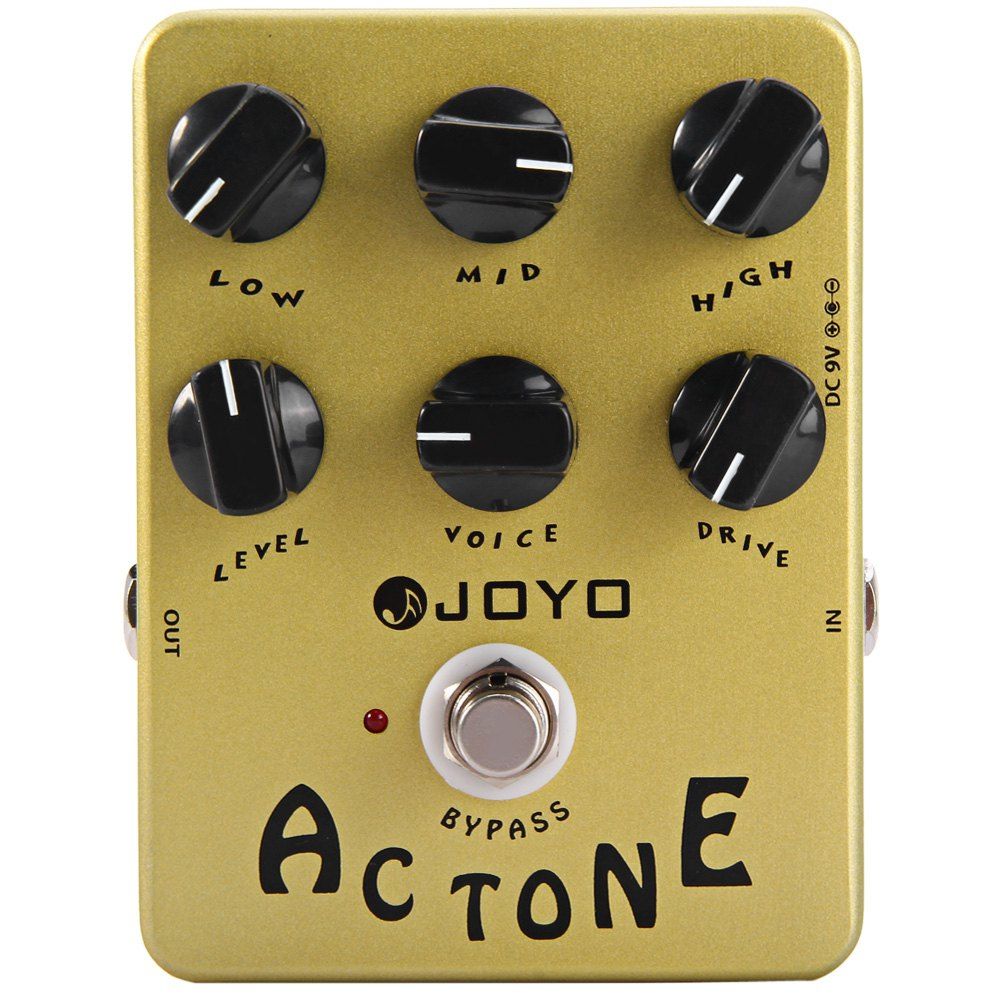 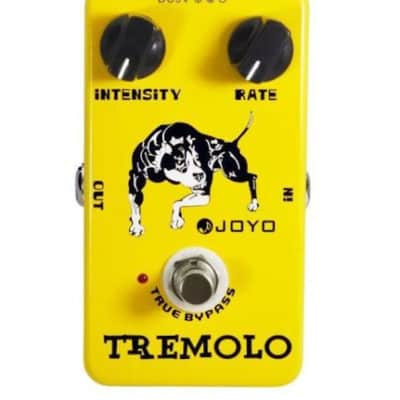 Ray175 said:
I've just replaced my optical Moreley Wah/Volume pedal with its Joyo cousin. Whilst the Moreley is a Rolls Royce piece of kit and has served me well for the last 6 years it is just too darn big to sit on a pedalboard.
The Joyo is great value for money; 6 wah profiles, Q control and possibility to set the lowest volume position where you want it. Solid and quiet.
Click to expand...

What Joyo model is it?

Gate of Khan is a great small noise suppressor.
R

the recluse said:
Gate of Khan is a great small noise suppressor.
Click to expand...

ry-guy said:
What Joyo model is it?
Click to expand...