I've always been a fan of the Marshall sound...I gigged for years with Marshall 6100LM heads (had 3 at one point) and always thought that was my go-to amp. I switched to modeling for awhile when I stopped gigging for a bit. I got back into tube amps after a bit and stumbled upon my favorite Marshall sound.

Fender Tone Master 100w -- only problem is that taming that power section was impossible. I ended up selling it off and trying for the sound again in different amps only to land on a Fender SuperSonic 22 combo.

I've had it for about a year now and really feel like it's *MY* amp...which is funny since I've always had Marshalls or variants of some sort for the most part. I like the sound of this amp so much that I still haven't put my pedalboard out in front of it yet!

Those are my favorites and keepers after a lot of damn Fenders have come and gone.

For me it def was a '60s Deluxe Reverb the band I was playing in had. I had a Fender DRRI at the time and they said "You can leave that one at home and use one the band's amp if you want". I was like "I dunno, what is it"? lol

I don't know what the specs of the amp was, but when we played outdoors or on larger stages where I could crank the amp I was in tone heaven. I then completely understood how a great tone could inspire better playing.

For a year and a half I used that amp. When the band broke up I asked if they were willing to sell it, and because the band was so old it was like a divorce and I never followed up with them again. 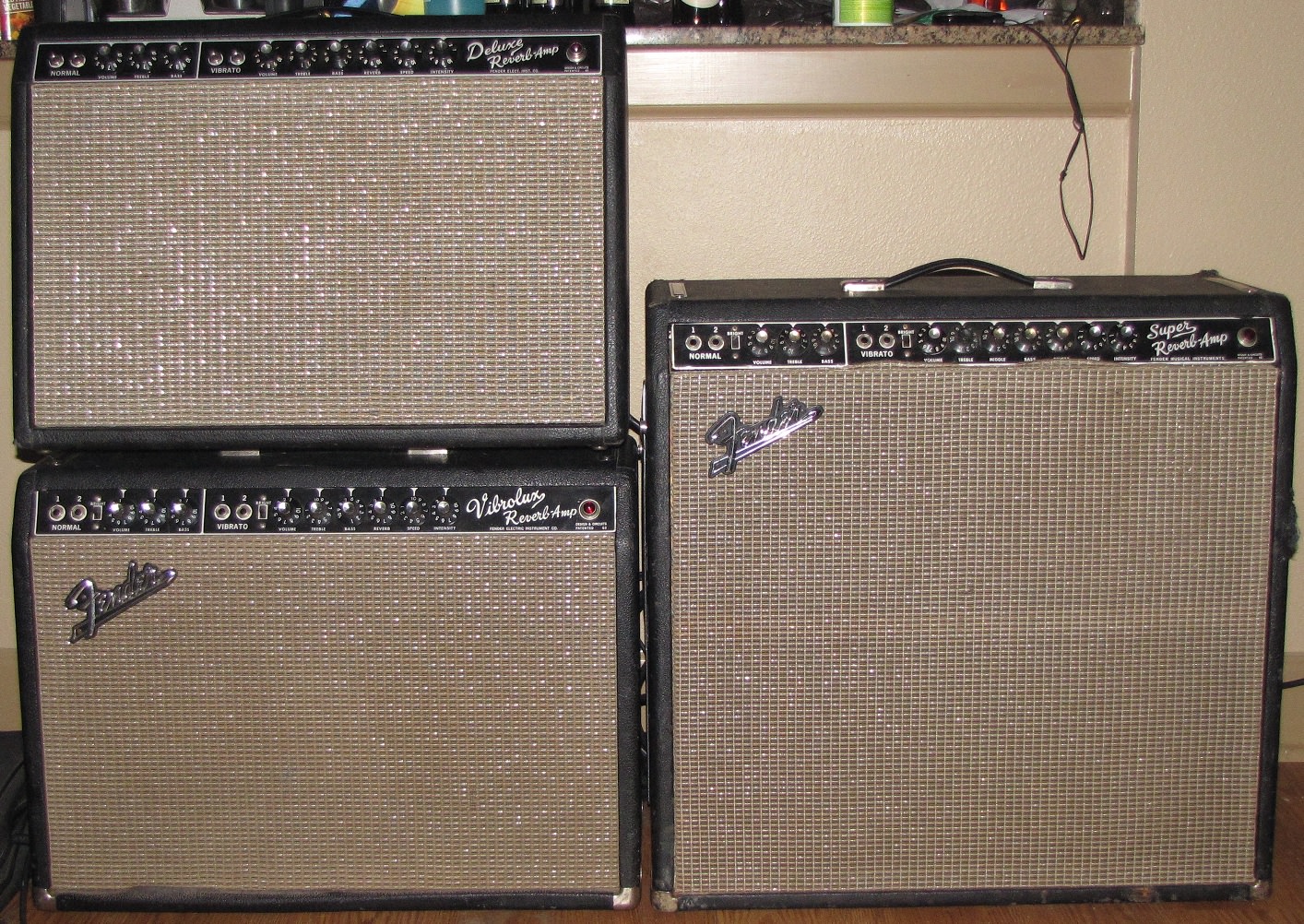 1964 Deluxe Reverb
1964 Vibrolux Reverb
1965 Super Reverb
I had a few months to own all 3, but got to the point where there could be only 1. They all sounded great and I hated to see them go. The one that really stuck out and the one I kept is the 1964 Vibrolux Reverb.

Too many to say one is thee best. I went with a Fender Edge Deluxe as my main grab n' go gig amp, and it's been stellar. 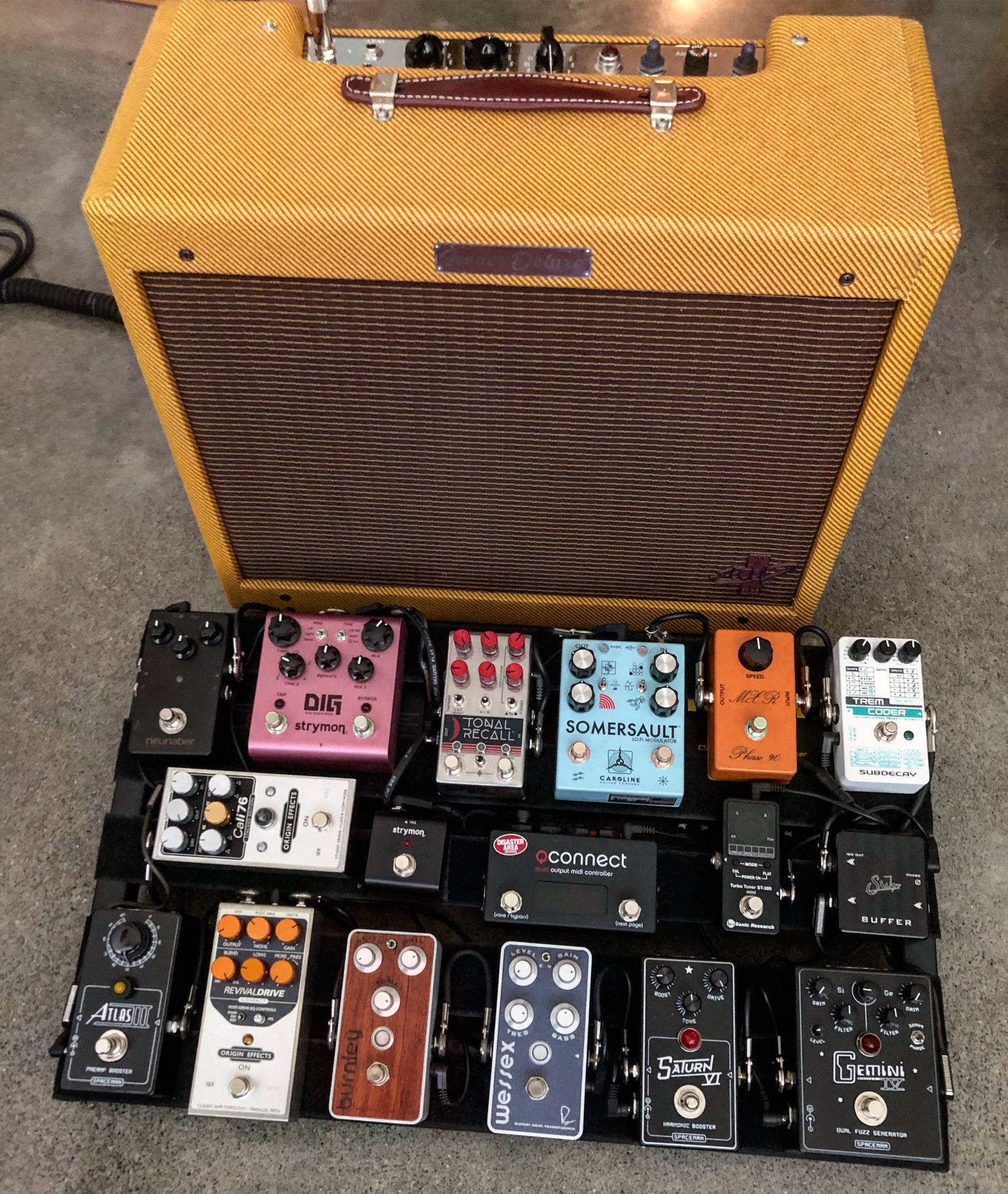 I kind of wish Fender spent a bit more time trying to update/perfect/modify some of the Tweed amps these days. Or the browns. Every time I hear someone play one of those I really feel they got it mostly right.

FF71 said:
I know the "best" is subjective. To all the Fender connoisseurs. Which amp do you think is Fender's best amp? Please pick only ONE amp. Doesn't matter combo or head. And why?
Click to expand...

Blackface Fender Princeton Reverb for me. It’s the perfect size for any gig and records very well. Reverb and tremolo are exactly what you want that no pedal can replicate
B

I went thru new amp purchase recently and can say for my ear no clean tones can touch the 68 deluxe reverb and for a combo my creamback hot rod deluxe was what i bought with any option below $3k. It Just ticked all my sonic boxes and Ive been ecstatic since
In sure there’s a cooler or more vintage choice but Ive never been happier after 30 years of amps

My favorites are the brown Deluxe 6G3 and the 60s era (or even early 70s) Vibrolux Reverb. Many Fenders I've played through were great for cleans but not so great for anything else.The 6G3 and Vibrolux Reverb can do it all. The Super Reverbs can too, but they're too impractical for my purposes (too loud and too big).

The 6G3 is unlike any other Fender--its overdriven sound is very mid-rangey and un-scooped. The Vibrolux Reverb has the great Fender cleans that most people love but can really snarl when pushed. Nice, tube-rectified feel too. Love these both!

derek_is_eric said:
I am partial to my own (Twin Reverb), but I think those tweed Twins are probably "it" for me. Or the Vibro-King--whatever Jeff Beck was using for a while.
Click to expand...

I saw a video where Clapton stated his favorite was a Tweed Twin.
S

Like my Blues Deluxe reissue but way to loud. Like my DRRI but one trick pony. LOVE my Mesa Express which has a Fender based clean channel but LOTS more options.
A

I have had a blackface 66 black Vibrolux and a 62 brown with 1 12".
they both re great, and the 66 survived 3 years of road touring with outdoor gigs in all sorts of weather.The brown has no reverb, and lower power.
But the sound is beautiful.The 66 is just a gem.I also have a palomino v15 which is great when the tubes are fresh.The heat kills them though.
why is a Marshall the best fender???

FF71 said:
I know the "best" is subjective. To all the Fender connoisseurs. Which amp do you think is Fender's best amp? Please pick only ONE amp. Doesn't matter combo or head. And why?
Click to expand...

I haven't played vintage or high end Fenders...I owned a 4*10 Blues Deville...great tone but way too loud and heavy, I have a 90's HRD and 2 Bassbreakers (15 & 30r). My goto more often than not is the Bassbreaker 30r...why? The clean is beautiful and the very un-Fender like drive channel is excellent' making it super versatile...I also love the digital 'verb. The HRD spring 'verb is almost not usable beyond 3..
H

Gigged for years with just a 80's Fender Rivera Super Champ with the EV speaker. Loved that amp until it was stolen.
C