The Blues and Jimi Hendrix

Someone once told me that you can't find the Blues, it finds you. I totally agree with that because when I play Bluesville on Sirius XM the songs they play don't really speak to me at all. Now enter me shuffling some Hendrix and I come across two tunes that totally speak to me and found me: Bleeding Heart & Red House. Now I want to explore more, but I need help honing in on what style of Blues that is? Does Hendrix have more tunes in line with those? Hear My Train a Comin' definitely falls in line...are there others? How about other artists I should check out?

Thanks for the tips!
G

Belly Button Window is a more subdued type of blues than the ones you posted.

i'm currently reading the book: Jimi Hendrix setting the record straight, it's from the early 90s, and there was a part in there where they talked about hendrix had a real love for the blues, but he liked a lot of things, (pop included), but the blues came out of his live playing more....so i think you'll find more of it on his live stuff.
Voodoo Chile on Electric Lady land is another one that is great, but i don't think he played it live.
before that it was Catfish blues, was played live early in Experience history.
there is the whole album of "Blues" that came out a long while ago, mostly had his blues stuff.
Rock Me Baby was sped up blues.
belly button window
personally i think the whole Band of gypsies album is great blues playing!!!!

Others...? The 3 Kings will always fall into this category. BB's Blues Boy is pure blues guitar playing. The man pours his heart out in that tune. Not one wasted note.

Of course Voodoo Child (not Slight Return)... the Blues record is really good as a starting point, too.

If you are on Spotify, this Hendrix Blues playlist is great

BadHat said:
Belly Button Window is a more subdued type of blues than the ones you posted.

Oh man, I can remember playing along to that as a kid when that came out! I loved it and still do.
R

Jimi was a big fan of late 60s Buddy Guy.

I looked on that spotify list , I see Catfish blues, which is a Muddy song, which I always thought slight return was sort of a take off on.

AlexMalaska said:
If you are on Spotify, this Hendrix Blues playlist is great
Click to expand...

Thanks! Can't wait to get to the gym, and pull up the Hendrix Blues list. The Sirius Blues XM stuff is sometimes un-listenable to me. But I realize there's many flavors, and many different tastes in blues.

The deeper you dig, the more you'll love the Blues!

Here's a couple of my favorite blues albums.

There's the obvious SRV whose work is very derivative of Hendrix. There's Johnny Winter and some eras of Eric Clapton that fall in line with that too. For a more contemporary player, there's Gary Clark Jr.

Pizzaking said:
Here's a couple of my favorite blues albums.

Man, two of my favs. Props for mentioning Magic Sam, he doesn't get enough attention, for how good he was.

JackD said:
The deeper you dig, the more you'll love the Blues!
Click to expand...

Many of the newer blues artists on Sirius are just not happening for me. I've been into early jump, rhythm and blues, Charlie Christian years, etc. Yes, there are lots of great older recordings out there.

As previously stated, the "Blues" album by Jimi is a great collection.

"The Progressive Blues Experiment" by Johnny Winter is another album I never get tired of listening to.

One of my favorite albums 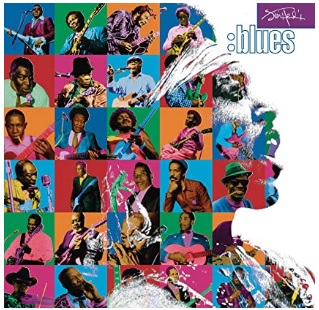