Until '72 when they added Craig Frost on keyboards.

Hound Dog Taylor and The Houserockers

The Rock & Roll Trio (fronted by the legendary Johnny Burnette) 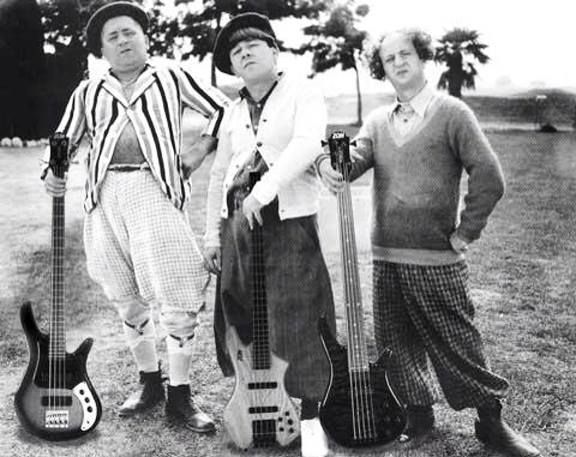 Cream is the answer. JHE was 2/3 there. Noel was not a bassist by background and he really just did an adequate job but didn’t fit the mold the same way as Jack Bruce did in Cream. Mitch was killer but almost more lyrical than powerful. He was a beautiful drummer.

SRV & DT was a balls-out wall of sound, but Stevie was the primary reason. The Police were amazing and I think would qualify. Rush, yes. Mayer Trio? He had two all-time-great backing musicians, but personally I see no power in his playing, just lots of bobble-heading and facial gyrations. Doesn’t make the cut for me or anywhere even close.

The Misfits (Glenn Danzig) started out as a trio:

how could i forget them? they were the blueprint for the Blues Explosion. i listen to him quite a bit, i guess i think of him more as a solo act?

jekylmeister said:
Dude! You know what I meant. The instrument players. Geez. There's no fight being picked here. Take it elsewhere.
Click to expand...

nope, don't know what you meant since Led Zep was not a trio.

jerryrig said:
nope, don't know what you meant since Led Zep was not a trio.
Click to expand...

Have to agree. Zeppelin was not an instrumental band. Robert Plant was a huge part of Zeppelin.
T

Mountain started out as a trio, and is currently a trio. Steve Knight came on board in the early '70's.

jerryrig said:
nope, don't know what you meant since Led Zep was not a trio.
Click to expand...

wntbtw said:
That was such a good comment that you posted it twice! Did you know that!?! [even though the OP has stated that this thread concerns the greatest 'power trios' of the 60`s decade only]
Click to expand...

Yeah, that happens. I live in the united states, and as such like many people here haven't very good internet access available. So posting sometimes takes a while and doesn't exactly go the way intended. I'll go back and try to delete one of them.

Technically, Grand Funk Railroad formed in 1969 and On Time was released then, and they had a huge following being as early on they were a big word of mouth live band before radio payed them much attention. So, depending on which way you split they hair, they are a 60s band.
Last edited: Oct 9, 2019

tommyg said:
Mountain started out as a trio, and is currently a trio. Steve Knight came on board in the early '70's.

Leslie wanted to form an "American Cream".
Click to expand...

Steve Knight played on Woodstock with Mountain in August 1969...

When woodstock was, I played, too...