HotBluePlates said:
I would love to see this same experiment but with the thermocouple on the metal grill. If the temperature comes anywhere close to 100ºC on that grill, I would definitely be using a fan.

T-storm just came through so ambient temperature okay for a repeat test. Here are some more data points on the Puretone. Metal considerably cooler than the tube tops but still hot. Hot air flowing up through grill measured at metal surface level is 10˚C hotter. IR data are not accurate, except maybe on the tolex, which approximates a black body.

The Internet stink on these amps is that they overheat and croak because the EL-34 power tubes are mounted horizontally with a vent into the chassis directly over them but no exit vent at the top of the cab. The Internet points with assurance at the next version of the amp, the JCM600, because it added a prominent cab-top vent behind the handle: 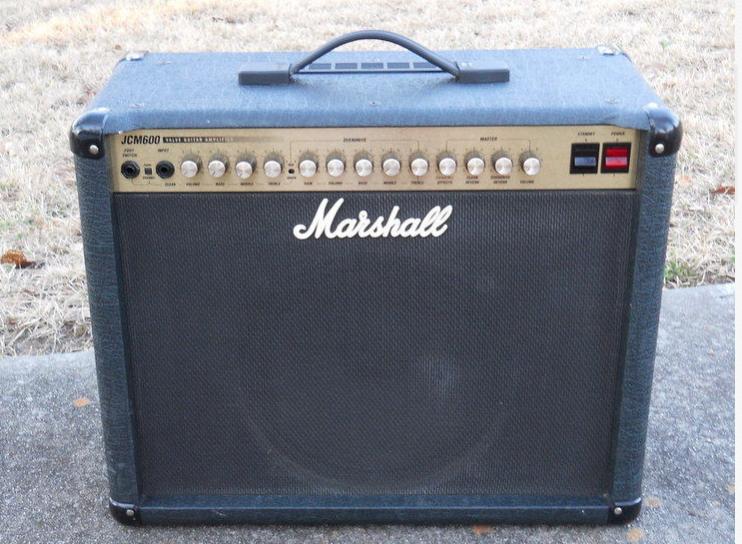 "You see? It needed it all along!" goes the Internet logic.

I finally have an empirical data point for my JTM60 concerning overheating, though it is anicdotal because my data point concerns a sample size of ONE, my own: I got twenty-two years of use out of a single set of Sventlana EL-34s before one burned up. My tech said it looked to him as though the tube failed, probably from old age, taking the two resistors with it. $124 worth of parts and labor and four years later, the amp is now twenty-four years old and doing fine (fingers crossed).

I've been told that if you want to put a fan in your amp, face it out as an exhaust fan to remove heat rather than blowing it on the tubes.

I have had at least a half a dozen 64-66 non-reverb Fender Deluxe amps. Even when biased conservatively I noticed a Deluxe would often sound mushy and more compressed by the last set of a 4 hour gig. I installed a small fan not aimed at the power tubes directly but more at the power transformer. Problem fixed. Now days I have 3 small Fenders (‘64 Deluxe, ‘82 Bassman 20, ‘82 Champ II) and all have fans. I also have a ‘68 Marshall Superbass 100 with a fan as well. I think the heat issue isn’t the tubes as that is their nature, it’s the transformers mainly and the related components to a lesser degree.

thanks for your inquiry.
Well if you place the amp as written in the manual with enough space around there shouldn't be any problem with the heat. If you want to put it into a rack then you definitely have to work with an optional cooler.