What acoustic guitars do you electric guitar players play?

I sold a Martin D 28, and an Eastman E10SS.
Both sounded incredible, but too boomy for singer songwriter stuff.
Last edited: Feb 17, 2018

...it's a thin body that plays like an electric...the original Equis preamp still works and sounds great...I use it primarily as a stage guitar, but it is workable as an unplugged acoustic, just a little thin... 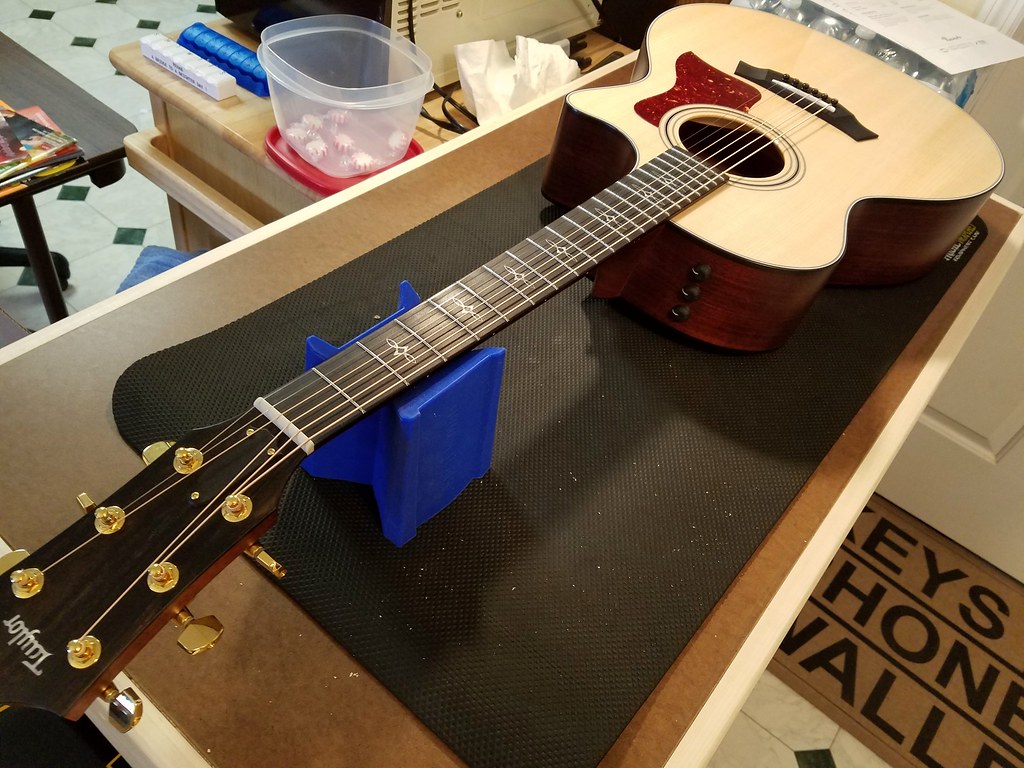 John David Scott OM model, a custom built by this small builder in British Columbia. I put in a Baggs M1A pickup, that sounds killer through my Fishman Mini Loudbox.

A cheap Takamine. It gets the job done. I'd like a nice Larivee though.

Family Man said:
Eastman e20 00ss. It's based on the Gibson L-00. I've been through quite a few acoustics, and this one is a keeper.

I bought one of those last spring. Turned out I liked it better than the two Gibson L-0s I compared it to for a fraction of the price.

Still loving my Epi Masterbilt. I keep trying out the usual suspects but never feel the need to move.

I haven't owned an acoustic in several years. At that time I opened the case to one of my two Tacomas and realized they both saw the light of day for all of about 15 minutes per year. I immediately closed the case and posted both for sale.

I love the look and sound of a nice acoustic but my hands can't take the string gauge or action so they just don't get played.

I've gone through a number of them over the years, but have settled on two: a Taylor 214CE-N nylon string, and the latest acquisition, a 2004 Gibson J-185CE. IMHO if you are mostly an electric player that has to solo a lot, the J-185CE is the perfect acoustic, especially if you are a Gibson nut. It has the cutaway and electronics, larger frets, 24 3\4" scale length, and tons of sustain. And all that curly maple is so gorgeous. It's probably going to be my last acoustic.

I've got a Takamine NP18C Rose wood back and sides, ebony finger board, Not sure if the top is spruce or cedar but if I had to guess I'd say spruce. I bought it used in 1999 so it's a 90's guitar somewhere. I dig it. Great to practice on. I have friends that have high end Taylors and Lowdens and when we've gotten together I always thought my guitar sounded pretty good until they started to play. Those guitars just sounded much bigger than mine but for a journeymen's guitar it's a keeper.

The two best acoustics i ever played were both Yamahas, i own one and my uncle the other.
No idea what model or anything, i wonder how much he'd want for it..

I have an early 90s Taylor 510 and an early 00s Larrivee, both great guitars.

An '82 Guild F-30 I bought directly from Guild at 50% off after I left the company. It's really beat up and relic'd, mostly from my kids abusing it when they were little. There's a fairly decent sized wear mark on the lower left bout. The finish must have been paper thin. Phil and David Petillo fixed it up for me several years ago; reglued the bridge, fixed cracks, made new bridge pins, set it up, and it plays great. Phil wanted to refin the the top and I told him no, keep the bruises, dings, dents and wear marks. My friend Vern Miller borrowed it once to do some recording, and said it recorded beautifully. It does sound spectacular, if I do say so. After 35 years, it's dried out and aged really nicely.

I would never buy a new acoustic. I'd rather have one that's 30-50 years old and seasoned.

For 35 years, I played occasional acoustic on the first guitar I ever bought, an old Fender. Funny, I have no idea what model it even is.

A couple of years ago, I decided I finally wanted a quality acoustic... I played a good number of them and fell in love with the last one I anticipated, a Gibson Keb Mo Blues Master. It's a copy of his early 30's L-something-or-other. My guess is an L-2, but I am no expert. Never would have thought I would end up with a 12 fret, small bodied parlor sized guitar. But, I truly, truly love this guitar. It makes me want to play more and more all the time.

I haven't been fortunate with acoustic guitars.
With five kids, and five grandchildren, every time I pulled one out to play, there was another kid asking for one. So I'd just give it to them.