What guitar to get?

Ok so follow me here as I get long winded. (sorry). In the 70’s I had an Ibanez Destroyer but sold it. Started me on my love of Ibanez necks. In the 70’s I bought a Gibson Firebird, cool guitar, always wanted one. But I hated the D baseball bat neck, so I sold it. For years then I was an Ibanez man, in 1992 I bought a 91 American Deluxe Strat. That has been my #1 since then. In 2019 I started to look for a new guitar for a new band that was doing a variety of pop music so I started searching. Bought a Les Paul, but the sound didn’t cut it for that type of music. Then I bought a EBMM Luke 3, loved it, but I got the HH and didn’t like the way the pups split. So I sold it and built a partscaster with a custom neck that was very similar to the EBMM neck. Last year knowing that I wanted to play rock again I found a LP Classic 1960 reissue. Love it!!

I have since joined a Southern Rock leaning band and so the LP is perfect! Now I am wanting my Ibby Destroyer again, but they are few and far between, and even though Allen Collins played an Explorer I would really prefer the Ibby. I understand some of the newer Firebirds have the thinner Slim Taper neck, which is good, but still the FB is notorious for a somewhat thinner sound.

I thought about swapping the single coils in my Partscaster for humbuckers, but decided I now prefer the Gibson slim taper neck. So now I don’t know what I want to do. I don’t want to spend another small fortune, but I may consider selling the Partscaster to fund a new purchase.

I saw a newer Strat with 2 humbuckers in it, but again, decided I don’t want a Fender neck. The Destroyer and the Firebird have the cool factor which fits the band. I don’t see the value in another LP. Any thoughts/suggestions on what guitar to look at next based on what I have babbled on about?

Oh and thank you in advance for any and all thoughts. All will be considered! Thanks!
Last edited: Mar 7, 2022

I'd try a newer Firebird. They have a pretty slim neck.

How about a Charvel? Different neck profiles than a strat depending on which model. I love my Socal but a lot of folks like the SanDimas HH. My MIM socal is HSH but uses a super 5 way switch which enables a lot of different tones. They are a really versatile guitar not just for shredding. Just throwing that out…good luck on your new guitar journey

Maybe it's time for a nice archtop.
C

Steadfastly said:
Maybe it's time for a nice archtop.
Click to expand...

I do have my 81 Ibanez AS50. I swapped the machine heads yesterday for better ones. So that is a possibility. I wouldn't mind relocating the selector switch location though! 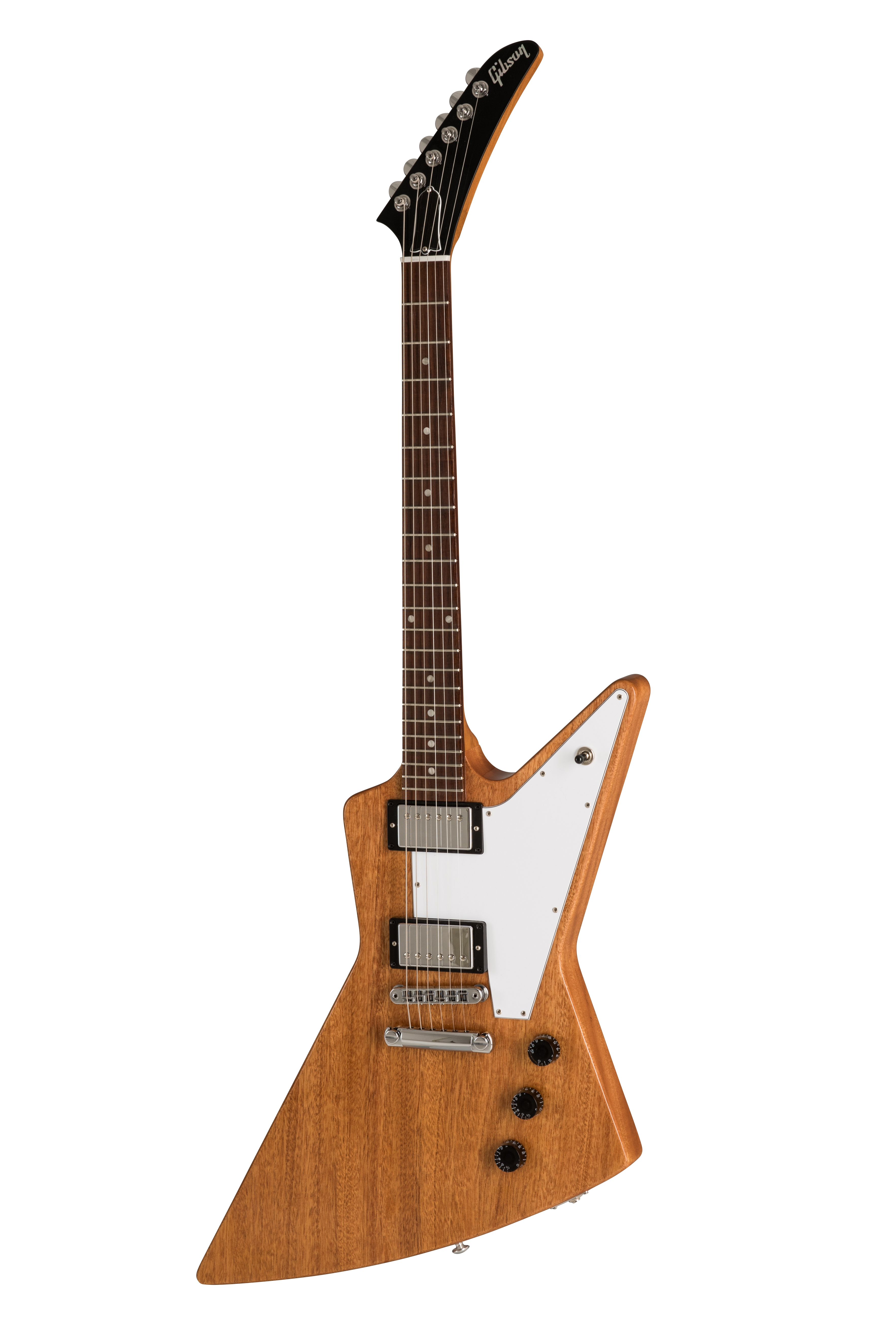 I would love to get my old Ibanez Destroyer again, but for a realistic price. Unfortunately they are few and far between. My other guitar player offered to sell me his, but for some reason I really want my Ibanez and not a Gibson. Weird huh? chrose1201 said:
I do have my 81 Ibanez AS50. I swapped the machine heads yesterday for better ones. So that is a possibility. I wouldn't mind relocating the selector switch location though!
View attachment 532122
Click to expand...

Those are pretty decent. I was thinking more of a thicker body one though, like a Godin 5th Avenue or Eastman 503.

chrose1201 said:
I do have my 81 Ibanez AS50. I swapped the machine heads yesterday for better ones. So that is a possibility. I wouldn't mind relocating the selector switch location though!
View attachment 532122
Click to expand...

how pretty. im in the market for one of these if you think of selling to fund something new!

If you want the look of the Destroyer, a Gibson or Epiphone Explorer is the obvious route to take. If you really don't want one of those, you could take a look at a Schecter E-1 as that's what I'd get in place of a Destroyer. I Think ESP/LTD and Schecter have versions in that genre. How about a Randy Rhodes style? Or and Ibanez Xiphos?
D

Epiphone's current Firebird and Explorer models each have the Slim Taper neck. The only snafu perhaps would be whether or not you'd feel that you need to do a pickup swap.

I've never played either, but the one negative I've heard from some about the Firebird is neck dive... haven't heard anything about that with the Explorer.

These newer Epis are very good. They will never fully replace a Gibson, but they have the look and enough of the sound at a much more comfortable price. Last year I got a used Epi Flying V (new version), and had a DiMarzio Super Distortion (bridge) and Super 2 (neck) installed, giving me a sweet rock machine for under $800.

So maybe think about the Firebird and Explorer from Epiphone...could be just what you need.

One other thing...I seem to recall in very recent years Ibanez doing a re-release of the Destroyer, with DiMarzio pickups...you'd have to search to see if there are any used ones out there, but I remember reading a press release on them. It caught my eye because I loved those guitars during my teens in the 80s.
E 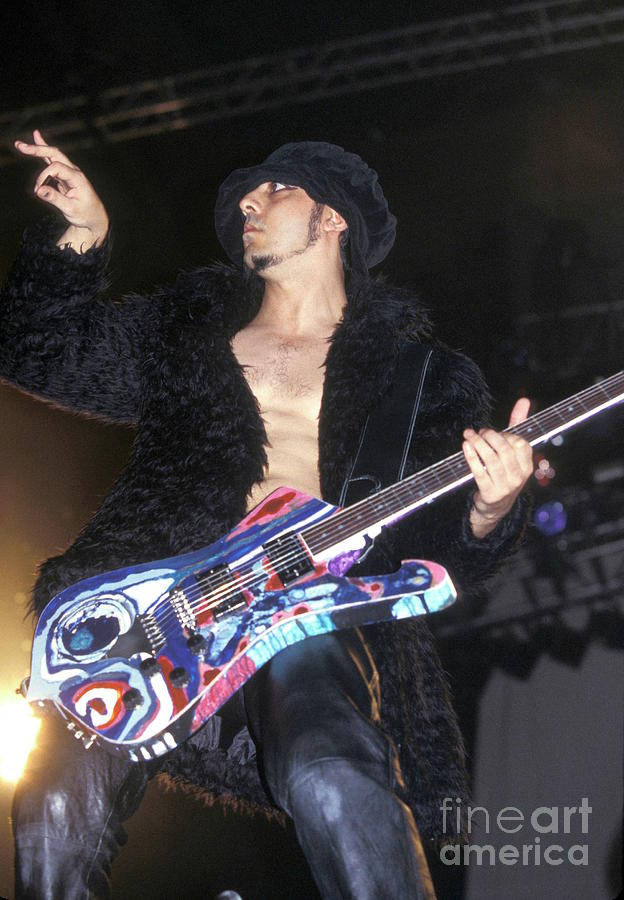 The Paul Stanleys are cheap as, be pretty easy to un-Stanley them as desired.

So it’s been awhile since I posted this and there are updates. I decided to take my co-leads offer on his Gibson Explorer. As it turned out that body style just doesn’t suit me anymore. I have been playing the Start and Les Paul for so long that the Explorer just felt too big!

So I realized that for me, that guitar suited me better when I was younger. On to the Firebird. I ordered and waited quite awhile to get the new Epi Firebird. Nice guitar but it too turned out to be much larger than I was comfortable with. Plus the Slim Taper is a slim taper for the Firebird but still not the same Slim Taper as on my Les Paul! So that went back too! I really wanted those guitars for the “cool factor” as I am playing in a southern rock style band. However, I still need a back up guitar though so after much thinking and looking I have mostly decided on an Ernie Ball Music Man Valentine. I think that the pickup combination as well as that of the coil tapping ability will give me the variety of tones I will need for this band!

Hmmm...a good Telecaster can do anything but quack, the rest is up to the player!
C

Ok so I may win the award for most indecisive person ever! I got a Valentine on a trial basis. It sounded good and played well but frankly the pups were just too hot. If it was going to be my main guitar ok I could tweak the amp, but as a backup I think there would be too many tonal gyrations needed to have a unity of tone. I then looked at the Teles and almost pulled the trigger on one, but it would have had to undertake a lot of alterations to get what I was looking for. In the end, and for now anyway, I have invested in a SD Pearly Gates humbucker for the neck spot on my Partscaster and so I am going to try that route for now. A lot cheaper if nothing else. And if it doesn't cut it I am not out the cost of another guitar (Not that there's anything wrong with that )

What giutar to get…. A strat!! The answer is always a strat!!!

Get a custom neck made to your spec, HSS, and your there

Joking aside, get a strat
C

FiestaRed869 said:
What giutar to get…. A strat!! The answer is always a strat!!!

Get a custom neck made to your spec, HSS, and your there

I have a Strat 1998 American Deluxe, I also have a partscaster that is currently SSS and about to be converted to SSH! The neck was custom made to be a near exact match to an Ernie Ball MM Luke 3.

Firebirds with the thin necks have tuning stability problems. If I just lean forward with mine you can hear it go flat then return to zero when I lean back. Feels like the neck is going to break any minute. I have to sit with it and not move, like Johnny Winter.