What guitar will you let your teenage son use - get him his own or one of yours?

My now teenage son has been dabbling with guitar playing for a few years now. Nothing serious, he's learning on his own. Couple of years ago, he (finally to my utter joy!) asked if he could have my Larrivee acoustic so I gladly gave it to him. He tried my electrics just a few months ago and said "wow this is so much easier", and really liked the sound difference especially when he discovered the gain on my Shiva. I just got him a Spark amp for a number of reasons: it's simple to use, has lots of effects and pre-defined amp settings, comes with an app and you can get chords to songs, app also allows you to create and play backing tracks, you can use headphones, and it'll be perfect for when he goes to college.

So now the question is what guitar to get him. I have mostly boutique-ish (ewww such an old man term) gear and my only non-boutique is an early 70s Fender Telecaster Thinline which was my very first nice electric that I used when I was in highschool. Part of me wants to just bite the bullet, let him use my guitars, and hope he doesn't break them because he IS my son and all that I have will be his anyway. Also, he "likes" playing but I don't see it as a passion at this point so I'd rather wait on buying him his own "nice" guitar if and when he really wants one.

Thoughts? If you're on the side of getting him his own, what's a good not too pricey guitar but not el cheapo as well? Maybe something in the $500-$750 range, a strat style MIJ guitar? Are the Fender MIMs any good? I thought of more modern guitars and saw a Schecter Hellraiser for sale in my local Reverb which looked really good. Other options?

In general, for anyone to play my instruments without a watchful eye, they must first have demonstrated their ability to respect other's property (i.e., practice the golden rule).

However, I have freely given instruments to my [step] children (in their late 30's and early 40's respectively) and friends. The local daughter also has her own guitar and amp in my music room. I plan to give all of my music stuff away (it honestly has little meaning to me beyond mere material possessions; I am just the current caretaker).

Simply stated: I do not let anyone touch my guitars unless they are golden rule vetted (no belt buckles or rivets either).

For most other interactions, I simply offer trust and respect as an initial "free" gift (not earned per se) to be potentially attenuated upon observed/demonstrated behavior.

I bought both of my kids a Squier 70’s Classic Vibe Stratocaster. Black + Vintage White. Great guitar and you can’t go wrong.

When my son started showing interest in learning I bought the Aria for him. As he improved, he started using my J-45 . Having said that, he is free to use any guitars in my collection. He just need to ask. 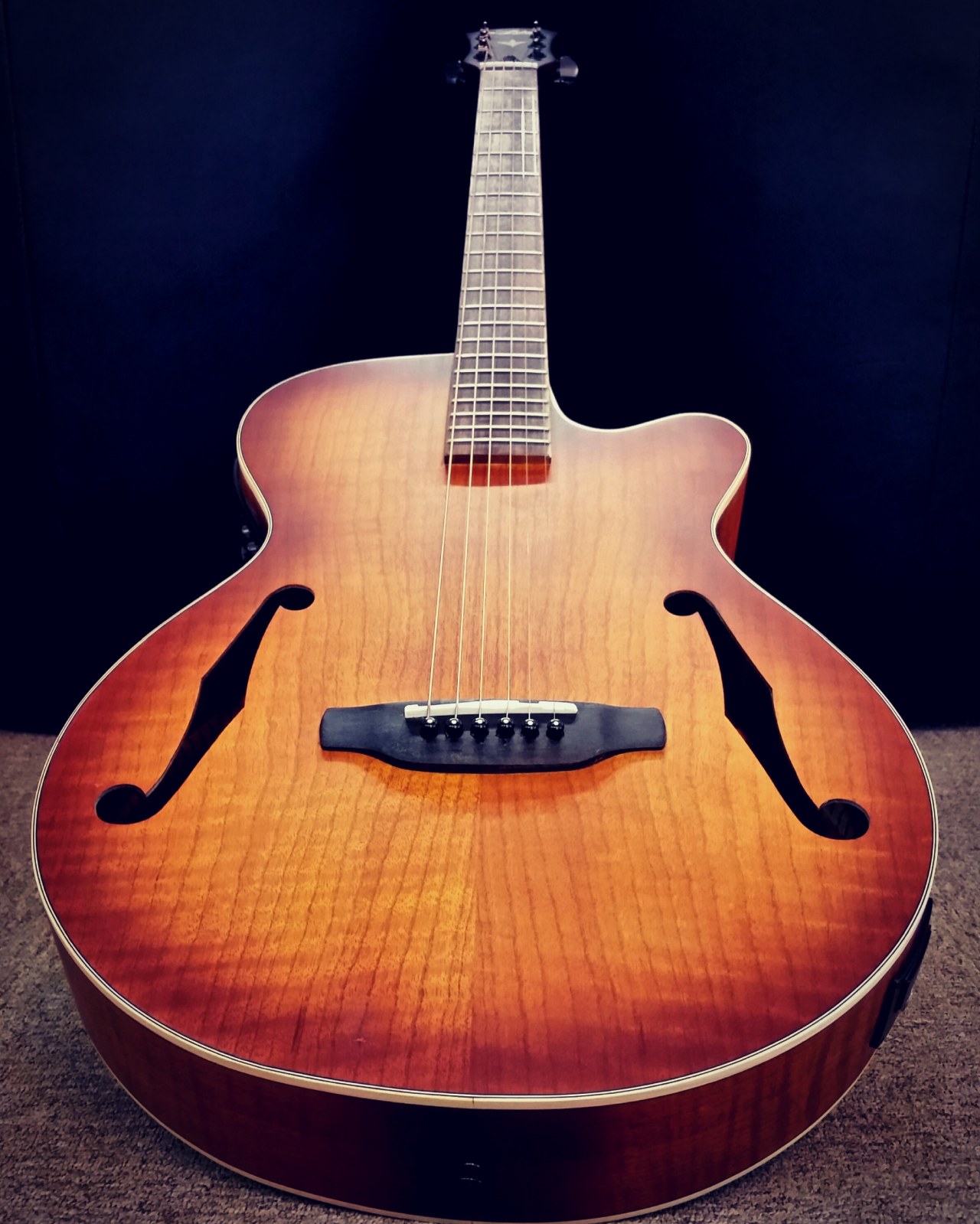 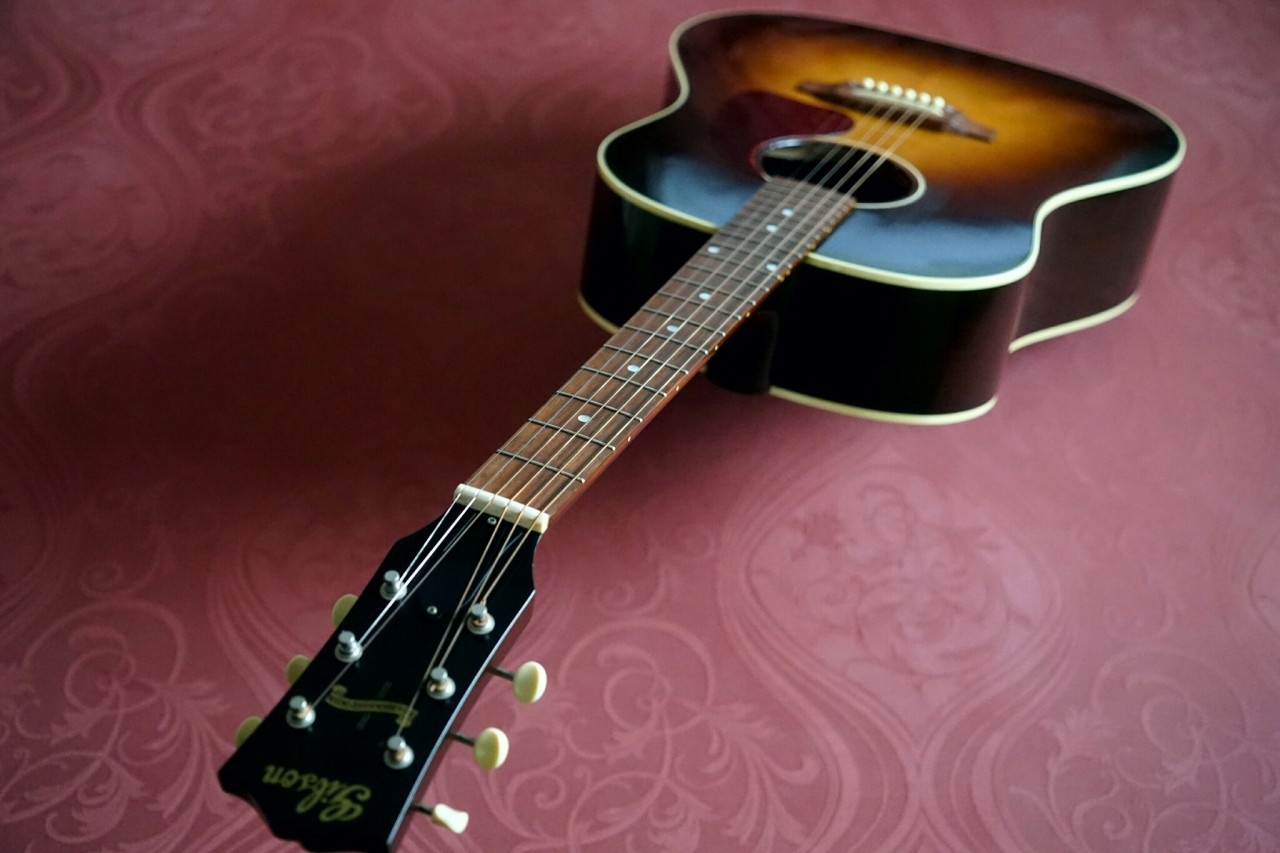 I let my kids (and others) use my guitars if they ask first. I hope eventually my boys or my nieces and nephews will want to play and my collection can be something to give them when I can't use them anymore. That said, I have all different guitars because I like switching between different styles, and I don't know that I have anything right now that I'd want to just give them at the moment to learn on. Maybe if it came with a very clear requirement that it comes back to me if they decide to get something different or lose interest.

As far as buying something, my 13-yo asked for a guitar for his 10th birthday. I had him try mine to see what he might gravitate to, then eventually took him to a couple of stores to try stuff out and see what was comfortable. He eventually settled on a hardtail Wolfgang which surprised me (and required that I cancel the layaway I had already started on a MIJ Mustang). He's barely touched the Wolfgang since he got it, but it stays in his room because it's his guitar. When I bought the guitar, I shopped around for a good deal on a used one and eventually scored a MIJ Special Stealth from GC. I figured if the guitar didn't work out with him, I'd get something that a) I wouldn't mind playing if I wanted to keep it, or b) that I could sell for what I paid for it. I doubt you could go wrong with a used MIM or MIJ guitar depending on what style he's interested in. Squier Classic Vibe stuff is great too.

Old pix. My son stayed with guitar, we started him with one of those two knob American Std strats back in the 90's -- I guess I couldn't stand it, I added a third knob for some reason. Built his first amp there; he doesn't get a lot of time to play these days, but he's still got his gear.

Get him his own. Don't just pick one out for him, buy get him involved in the process. Seems to me that it would be a blast to hit a couple guitar shops, and see what he picks off the wall.
If this is going to be a surprise, choose wisely.

I say neither, let him get a guitar the way I did: shining shoes at the horse track on weekends for a nickel a pop, and digging through the rubbish bins at the end of the night for any discarded racing cards that may have a few cents worth of parlays to cash in on.

Now, I'm not saying I earned enough from that hustle to buy a new guitar, but you work at a joint like that long enough, and you see things, things no cow-licked 11 year should ever see... things like a washed up jockey letting a Bavarian film crew into the stalls after hours to film skin flicks with halfway house runaways...

You'd be mighty surprise what one of them jockeys would cough up to avoid you spoiling his little racket by spilling the beans to Mr. Farnesby, the track owner.

But if that's not an option, just take him down to Guitar Center and have him pick out a nice Squier.

My daughter is a righty and all my guitars are lefties so when the time comes I'll get her, her own guitar. I did give one of my nephews his first guitar though. Anyway, I'd probably get the kid his own guitar, but I'd let him pick it out. I mean thinking the guitar looks cool and feels good to him will help keep him interested.

Once a kid has shown enough interest that there is a decent likelihood they’ll stick with it, I think they should have their own guitar. Something that is uniquely there’s, that they picked out, and that they take care of.

Were it me, I’d get him whatever type of guitar he wants, that he picks out, in the range of a good MIM Fender, Epiphone, etc. Somwthing in that $500-700 range is an instrument one can grow into for a while and should he end up abandoning it, is nice enough for you to keep around as a loaner or spare.
J

Get him his own. I don’t have kids myself...thankfully. But as a kid I’d think it would be cool if Dad helped me pick out my own rather than just play his.

Get him something he can play without you worrying about it and harping on him not to damage.
That would only take away from both of your enjoyment.
The only question left to answer,
LP, or Strat?

Get them their own. If they bond with it really well and a few years go by, give them one of yours. I feel like giving a kid one of your own guitars is almost a guarantee they won't play it. Nah, they gotta start their own adventure.

slide13 said:
Were it me, I’d get him whatever type of guitar he wants, that he picks out, in the range of a good MIM Fender, Epiphone, etc. Somwthing in that $500-700 range is an instrument one can grow into for a while and should he end up abandoning it, is nice enough for you to keep around as a loaner or spare.
Click to expand...

That's another consideration - in case he decides it's not for him, I think I'll get better resale on a decent guitar vs. one on the really low end.

Moby Dick said:
The only question left to answer,
LP, or Strat?
Click to expand...

... the question even us oldies have a hard time answering
I

Building a partscaster would be a fun father son project. My oldest boy is a stellar musician but strictly wind instruments so I never got to do that with him.

Take him to a music store, see what models he gravitates towards, then figure out what to buy with your budget.
T

I still have my 30 year old Fender Squire strat. Both my sons play drums but if they want to play its always around. Hoping my daughter will pick up guitar. She is 4 and has great taste in music already.