The muffled, warbly sound of the copy of a copy Live Without A Net taped off a late night airing on EP.

apologies if anyone knows all this and finds this reply a bit patronizing.


These pedals, as I understand, are specifically tied to an electronic music and visual aesthetic called vaporwave of which a hallmark was VHS degradation (and also used the graphic style commonly found on blank VHS tapes for sale), both visually and sound. So it's not actually looking to replicate a VHS sound so much as it's looking to replicate what happens to sound on tape that's degraded over time. notably an out of tune sound (caused by the tape running unevenly) and some grit and compression that would be the result of damage to surface and the lower quality of sound capture.

The degradation part is just implied, kinda like the catalinabread CDdiscMan, which didn't look to replicate a CD, but a CD that was skipping and jumping about unevenly.

the pedal I think most accurately emulates this sound has actually been around longer than Vaporwave, and that's the instant lo-fi junky by Zvex. Mac Demarco employs this sort of sound (and the degraded VHS effect for his videos).

In 30 years are people gonna look for ‚Blu Ray sound‘?

The sound I most associate with VHS is that of the tape rewinding before you took it back to Blockbuster.

Blu Ray never had and probably never will have the same impact as VHS tapes had back in the day as it's too close to today's streaming era.

This all sounds like a Helical scam, to me.

for an industry that charges people thousands to recreate vintage sounds of old amps and guitars I don't really think a pedal making a weird noise of tapes from the 80s is the place to start.

captaincoconut said:
Blu Ray never had and probably never will have the same impact as VHS tapes had back in the day as it's too close to today's streaming era.
Click to expand...

I know. This was meant sarcastically

Isn’t it just a tape delay with added marketing to sell to the 80’s nostalgic lover? Maybe the designer/builder tunes it differently, but in the end the idea is the same.

Nostalgia sells, always has, always will.

On that note, I think I'd rather have a Betamax over VHS "tone emulator"

Betamax was the superior product fell victim to a few stupid mistakes by Sony..

endoscopereviews said:
for an industry that charges people thousands to recreate vintage sounds of old amps and guitars I don't really think a pedal making a weird noise of tapes from the 80s is the place to start.
Click to expand...

Perhaps the Truth which Jack seeks is best found in the roots of videocassette recording? 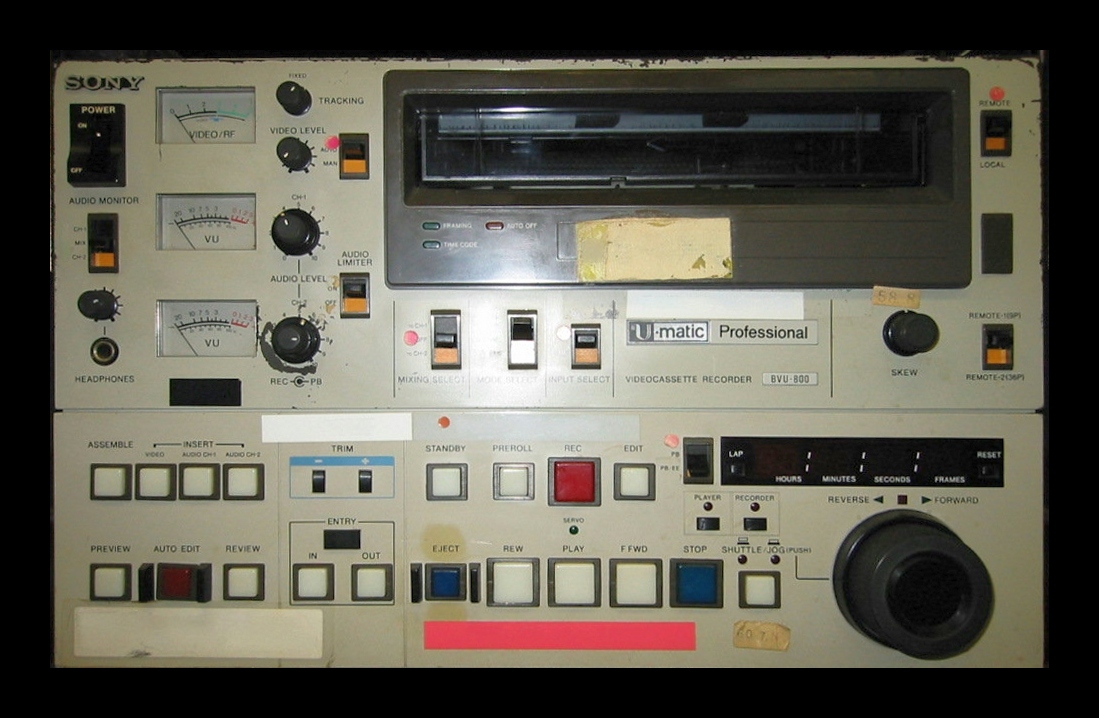 I would say attempting to re-create imperfections in tape, VHS or otherwise and the devices that play them. All things being mechanical, things go wrong. Parts get dirty. Irregularities happen.

I only had 2 VHS tapes that ever had issues, both were star wars movies I watched about a million times.

I did on more than one occasion have cassettes eaten by tape players, which would cause issues sometimes on playback of whatever was eaten.

The pedal world just takes the imperfections to the extreme.

But yes, a lot of it is marketing speak.

When I hear "VHS Sound" I immediately think of "Chromakey Dreamcoat" by Boards of Canada:

Used the ol Google and came across this article that gives you some insight. 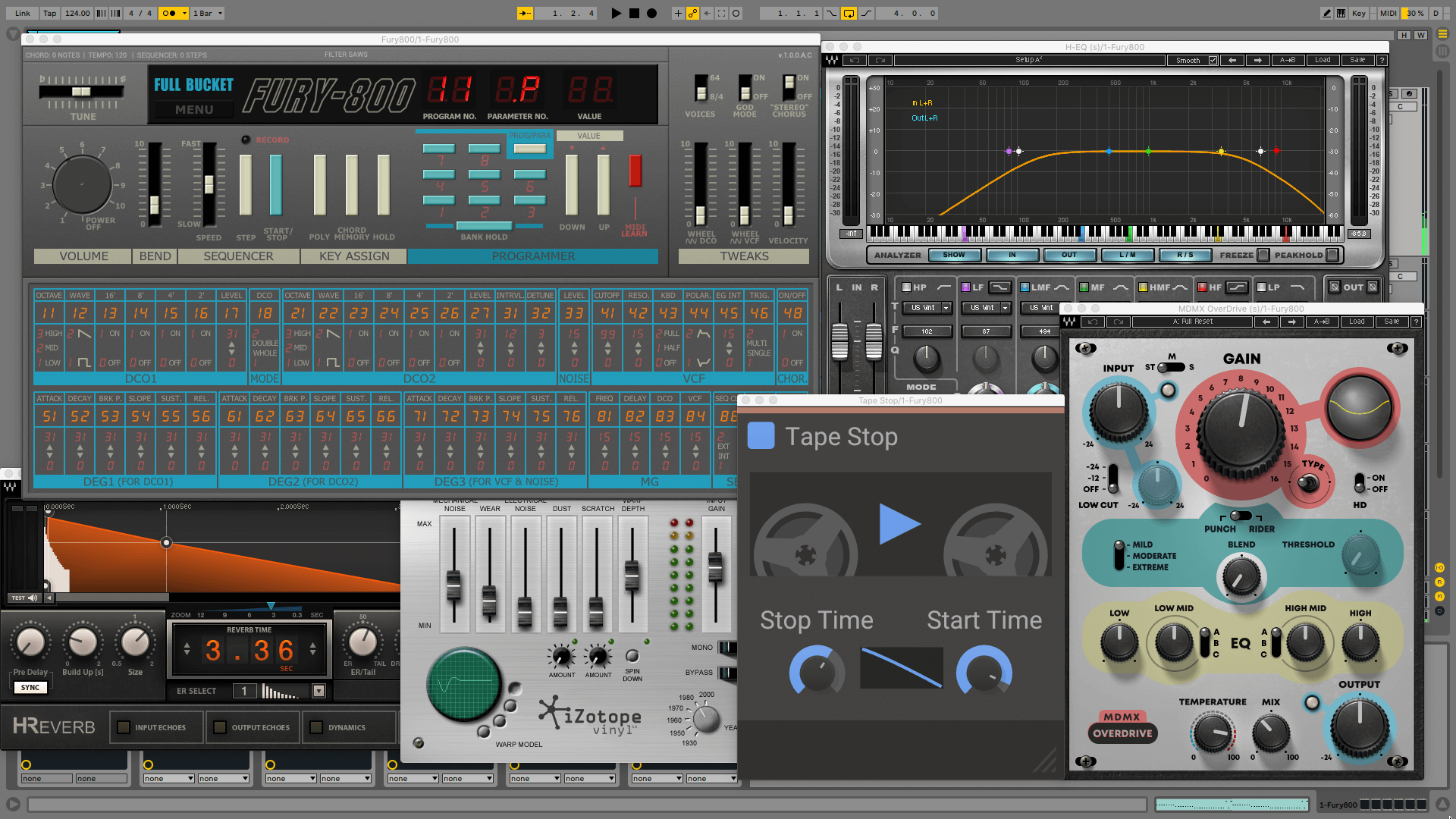 We show you how to recreate the sound of an old VHS tape using standard effects plugins.

Buggered if I know. Way back in the dim and distant, I had a pair of really high quality VHS decks that supported digital sound with - get this - independently controllable recording levels. You can bet I used 'em to record music with.

Can't remember the actual specs but I do remember the recordings were a damn sight better than the cassette based portastudio I'd been using.

That Demedash pedal is on my want very much list fo sho.

Tom Von Kramm said:
When I hear "VHS Sound" I immediately think of "Chromakey Dreamcoat" by Boards of Canada:


The entire Campfire Headphase album is basically a celebration of VHS. Embrace the warble.
Click to expand...

I think it pretty obvious what the VHS degrade techniques are trying to model.
Added noise, warble, less highs and lows, and loss of quality ( thinning of tone and phase like quality).
The warble should have that quality of a device trying to correct the warble as it happens, like the servos on tape trying to correct a stretched tape.

I think Jack is just messing with us, unless he never owned VCR and had tapes he recorded himself from Tv shows and finally had a screwed over tape that acted a little funny, I know it all made sense to my dumbass and I don't even design audio toys.

Much like the complexity of a guitar rig, the VHS sound of my youth was a recipe of several pieces of mid-fi gear. The tape was only a piece of the puzzle. I grew up with a low-end television with a small internal mono speaker. We had a cheap VCR. I recorded movies off of broadcast television received poorly with a rabbit-ear antenna. So the sound of "VHS" in my house was poorly recorded, from sketchy sources, and played back on terrible equipment. The tape itself had its own natural compression, and the VCR playback had dubious tracking that could amount to some natural accidental flanging. The television speaker even compressed into distortion at times.

But since I watched all recorded media on this equipment from the mid 1980s until my first DVD player in 2000 or so, I do have a nostalgic affinity for the sound that I grew up with. And sometimes it's fun to make a guitar sound like that. Some "VHS sound" essentials include:
For getting these sounds with guitar pedals, my favorites are pairing a Ross or Orange style compressor with either a Cooper Generation Loss (great filtering, good vibrato, random static generation) or an analog Boss CE-5 with a dummy plug in the dry output, so you only get vibrato instead of chorus (good filtering and vibrato). If I want to degrade the fidelity further, I'll add in a Screamer-type drive pedal with a little bit of grit, and roll back the tone knob on my guitar. It's super-warm, wobbly, a little dirty, and generally awful-sounding, but in the best way.

So maybe that was a long way of saying that there isn't a single VHS sound, but a combination of sounds. The VHS sound may be marketing jargon in the sense that VHS tape by itself was probably not nearly as lo-fi as it sounded coming out of our crappy basement entertainment systems in the 1980s midwest. But there certainly are nostalgic sounds to be mined, from which VHS tape was a piece of the sonic puzzle.

Multi-gen VHS bootleg of Stallone's Over the Top bought out of a van at a flea market. Next booth over sold nunchucks, maybe Chinese stars. Once the pizza rolls are out of the toaster oven and you fire up Stallone's masterpiece, you get lost in that sweet distressed warble. Its all about aesthetic.
You must log in or register to reply here.
Share:
Facebook Twitter Reddit Pinterest Tumblr WhatsApp Email Link