Edit: I'm not looking for good guitar pairings but rather great examples of electric guitar duets, like Sweet Jane, Hotel California (likely the most famous), etc.

anything by duane and dickie.

Days Between Us by Duke Jupiter

Does a Trio count? Rossington, Collins, and Gaines.

When I read the title, I was thinking specifically of "dual" (harmonized) guitar lines and for that I'd go Judas Priest and Iron Maiden, then with some of the more "trade-off" kinds - Scorpions, Ratt, Night Ranger, Queensryche, etc. - those tended to alternate more than have the dual harmony be an important aspect of the song. So to me while Tipton and Downing were more on equal footing as "lead guitarists", I always saw Jabs, DiMartini and Gillis, in more of a lead an "sometimes lead" (Schenker, et al) role (same with Phil Collen, Tommy Shaw, and their "2nd" guitarists) and Angus/Malcom as more of a Lead/Rhythm layout.

The only other one that would come close (that I can think of right now) would be The Eagles.

I do like Betts/Almann but I've always seen them more as an either/or. They're either playing a solo, trading off, or playing together. I think their strength was in how different they could sound independently, but how they could blend together perfectly when playing together.

I have to admit, never been a Hammet fan but IMHO Metallica is at their best when he and Hetfield are playing harmonized lead lines.

Of course the McCartney, Lennon, and Harrison trade-offs are not to be missed 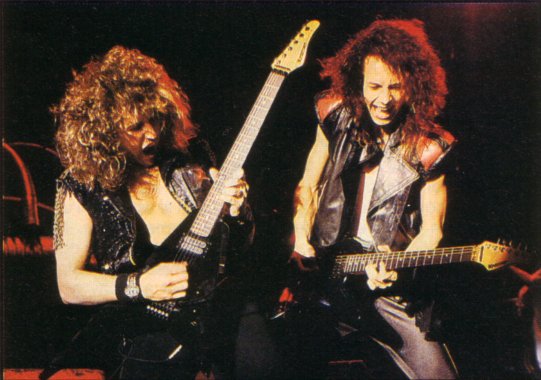 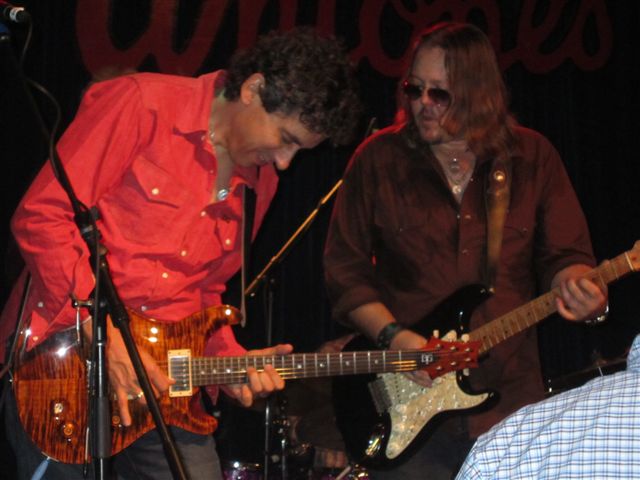 If you're talking about songs, broadly I'd have to go with anything by the Stones. The Stones, more than anyone (except maybe Aerosmith) had a knack for putting two complementary guitar parts together that give you this complete sound that neither part on their own gives. You can play Mick's (or Brian's) part and Keith's part, but if you try to cover the tune in a band playing only one, it just doesn't sound right. Neither is the "lead" part - they're in a sense "orchestrated" so they're equally important.

Two of my favorite:
hmm, you tube link doesn't seem to work, so:

They were masters at this.

If you'll allow with keys, I have to go with:

I started the thread about not hearing about Steve Hunter and when I went to YouTube, I listened to it quite a few times. Not Sweet Jane, just the intro.

...and right you are stevel

I like the duets that on paper don't make sense. Steve Vai and Sharon Isbin, for example.

Edit: I'm not looking for good guitar pairings but rather great examples of electric guitar duets, like Sweet Jane, Hotel California (likely the most famous), etc.

In other words, particular songs.

Another Roadside Tragedy by The Black Crowes. The two guitar parts are just perfect together. Marc and Rich also did an acoustic duet called "Sunday Night Buttermilk Waltz" that is amazing.

I kid, I kid. I vote for Allman/Betts as personal favorite, but some great ones have been listed.
L