What pickups have knocked your socks off?

Fishman Fluence Moderns. I was sooooo against actives for so long, EMGs left a bad taste in my mouth.

My fishmans make me turn down guitars I would otherwise love just because I know a Fishman wouldnt fit the route.

Just soooo articulate. So much clarity and this almost "spring to life" feeling when you pluck the string.

slayerbear17 said:
I don't know why but I love Seymour Duncan Black Winters so much but I have 4 of em. They just work and I don't have to fight my guitar.
Click to expand...

What style of music?

Ron Ellis tele broadcaster pickups....every time... for years. For everything on the tele, beefed up a little bit.

TV Jones Starwood Tele pickups are awesome. Tone wise, they're a cross between a Tele and a Strat, and they have the texture of a Filter'Tron.

I definitely haven’t tried them all and it’s certainly guitar-dependent, but the following: 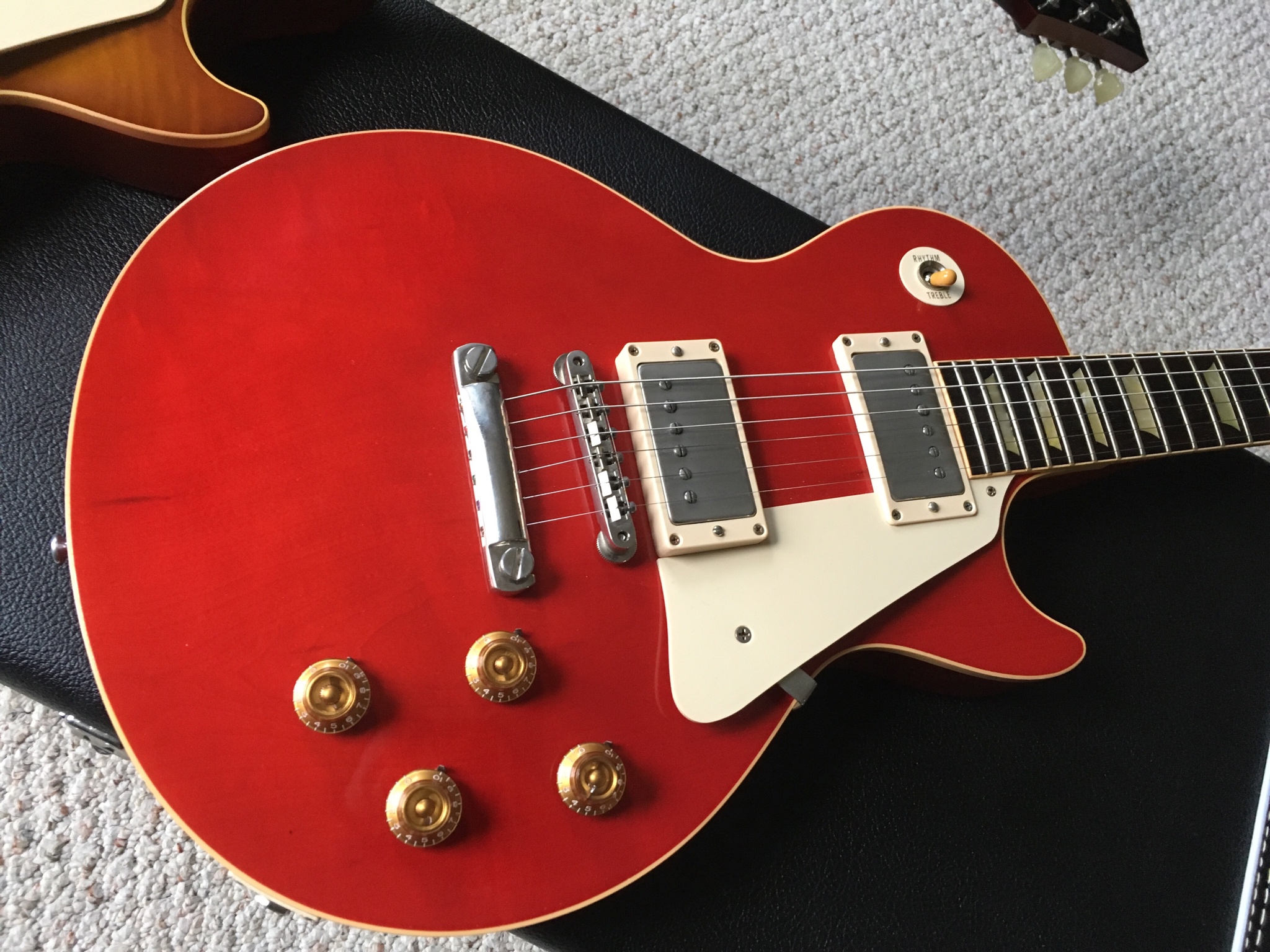 Surprised they haven't been mentioned (that I've seen) but Dimarzio 36th Anniv. Low output enough that they sound good with a variety of genres. A bit more mids than most PAF-ish pickups. Tight enough to still sound good with hard rock/metal. I use the DP223 in the bridge and the DP103 in the neck. Love that setup in 3 guitars.
M

JB and Jazz. Have them in a couple of my guitars, and while they are not the sexiest most obscure answer they sound fantastic, are responsive, and compliment each other so well that I don’t have to really think about changing my pickups lol.

Stewmac's Parsons Street PAFs. Not because they're cheap or good for the money, but because I don't think you could tell them apart from Seth Lovers or Antiquities or a bunch of other highly regarded PAF knockoffs. Oh, and they are cheap.

I bought a really resonant brand-new 2015 CS '63 Tele last year from my old friend Dan Duehren...it damn near jumped outta my hands when I played a couple open chords, and I bought it on the strength of it's acoustic sound...never even plugged it in until I got back home.

It sounded ok, pretty bright though as it had a rather odd wiring scheme, along with a bright cap on the vol. pot so I tried it with a "conventional" Tele wiring scheme, and again, ok but not really doing the guitar any favors.

So I rolled 4 different sets through it (all well-known top-tier winders, just don't need to say who as it's subjective), and I was ready to just put it back to conventional wiring with the original pickups, when I thought shoot - let's just try one more set.

Klein '50 Nocaster set...they're the perfect compliment to this guitar, and dare I say it (dare...dare!) I will now put this instrument up against ANY rosewood-board Tele on the planet...alive, articulate, warm and full-bodied, so much so that I can play it straight-in with no pedals and play blissfully for hours.

First time I've ever had a set of pickups complete an electric guitar...
L

You don't really need to justify yourself.
We don't all have the same means. We shouldn't feel guilty for treating ourselves.

Just be glad to enjoy them.

Les Paul Lover said:
You don't really need to justify yourself.
We don't all have the same means. We shouldn't feel guilty for treating ourselves.

Just be glad to enjoy them.
Click to expand...

Oh trust me I wasn’t at all justifying myself haha, I’m sure the guy who made the initial comment was kidding anyway. Just meant to say that I don’t bother paying $350 for a set of pickups when I can get a mint used set for $150 or less
M

Q Pickups (handwound by a guy in Croatia, purchased off Ebay). By a long way the best sounding pickups i have had in my strat. Classic and characterful
A

Fitting into the "does something new" angle, I like Lace Aluma 90s. I'm going to put a pair in a Modern Player Thinline soon, because I love them in a guitar a pal of mine has.

Their wide, open sound works extremely well with modulation and analog-style delay that rolls off the highs on the repeats. They can also do crazy cool sounds with fuzz.
B