What Was Your First Small Builder Guitar?

Love the Thorn Artisan Standard of the OP(and others!). I also have a Black Limba version, #154, that is my #1 since acquiring.

However, my first small builder is an early Grosh setneck(used). Still have it, along with it's earlier semi brother, that is my 'on a deserted island' choice.
Last edited: Jul 31, 2020

Jazzandmore said:
My first full custom build was an Artinger semi hollow. Still have it, still amazing, and Matt was so fun to work with.

I call her Sophia Matt Artinger makes incredible guitars. Some of the best I've ever played. Never got to own one, though.

Tom Anderson Hollow Cobra, bought in 2001. Still one of my favorite guitars.

My first was a 1999 Spalt Totem named White and Blue. Resin top with redwood back and beautiful birdseye neck and a huge step above anything else I had put my hands on up until that point. Second owner...purchased in 2002 if I recall correctly. Outstanding guitar. 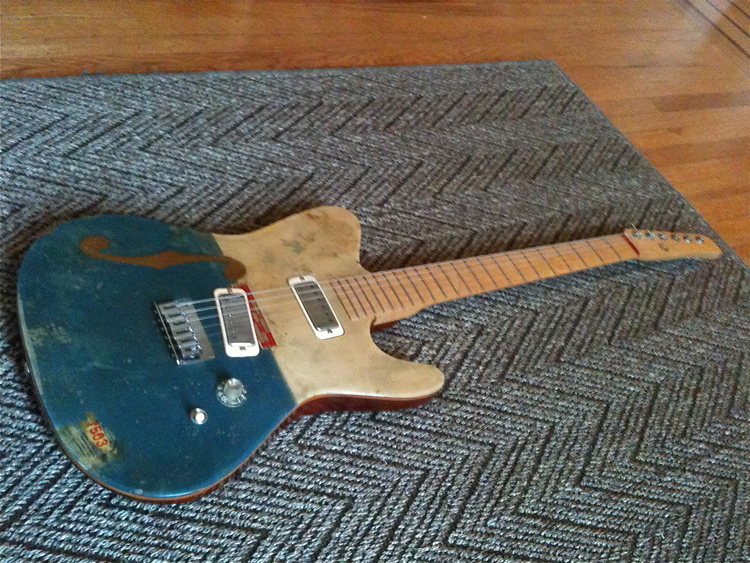 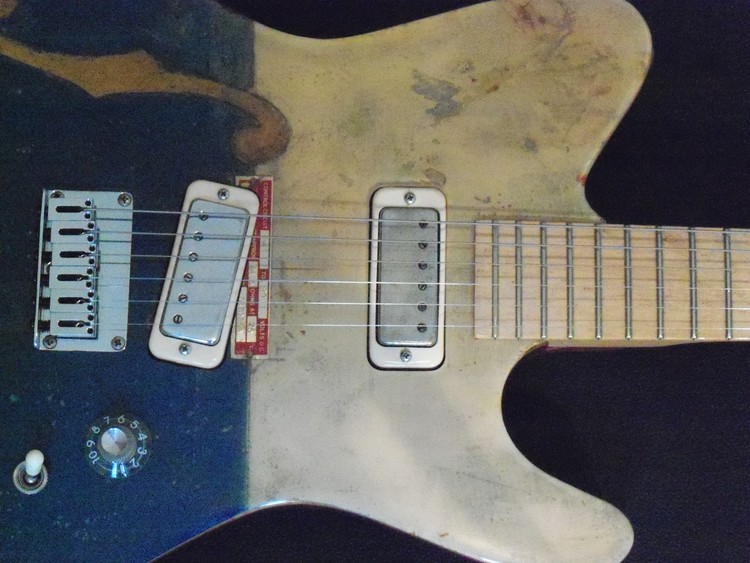 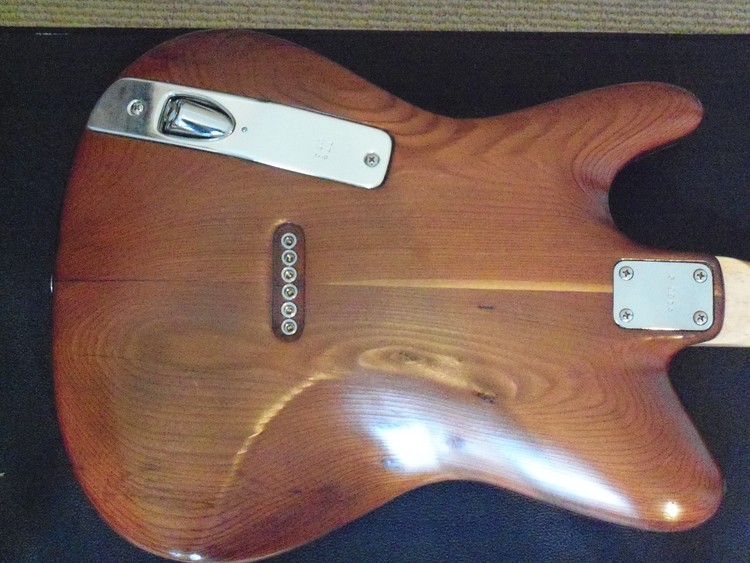 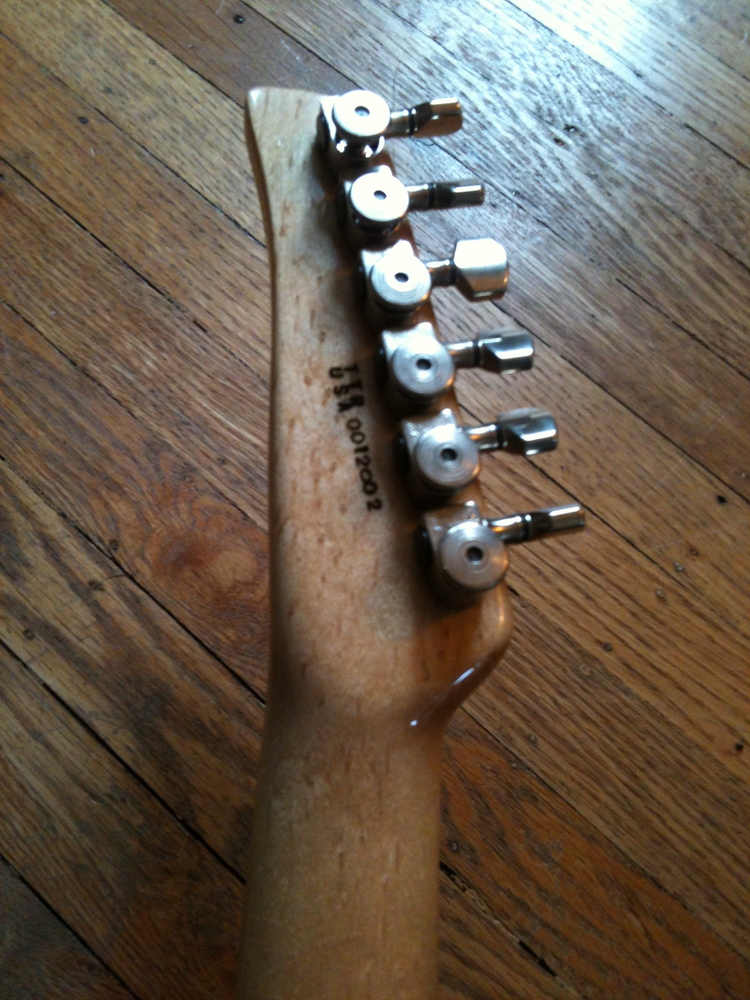 Thanks Big Mike for this cool thread!

Lived in NYC for a decade, 48th St was guitar heaven with Manny's, Sam Ash, We Buy Guitars, Rudy's Music Stop and Sadowsky all in the vicinity.

Had seen an instrument that John had made for Bill Connors and I also believe that John's personal instrument was the same translucent brown...plays and sounds great to this day, though changing strings is a PITA. Didn't know that a guitar could play so well until I got this instrument! 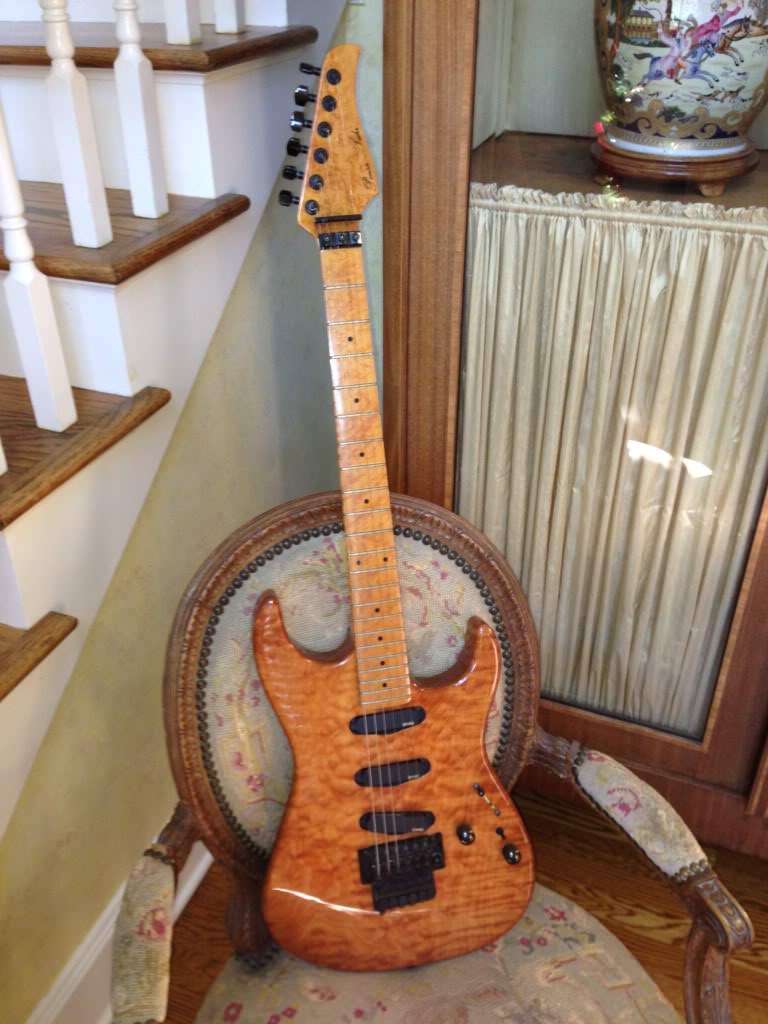 Also acquired a Sadowsky Strat around the same time, more traditional but with and active boost/preamp. Then a few years later was lucky to convince JS and Rudy to build a MK style carved top, bound neck and body Pensa-Suhr made just before JS left for CA.

It's now owned by a Parisian collector of P-S instruments along with a few hundred others: 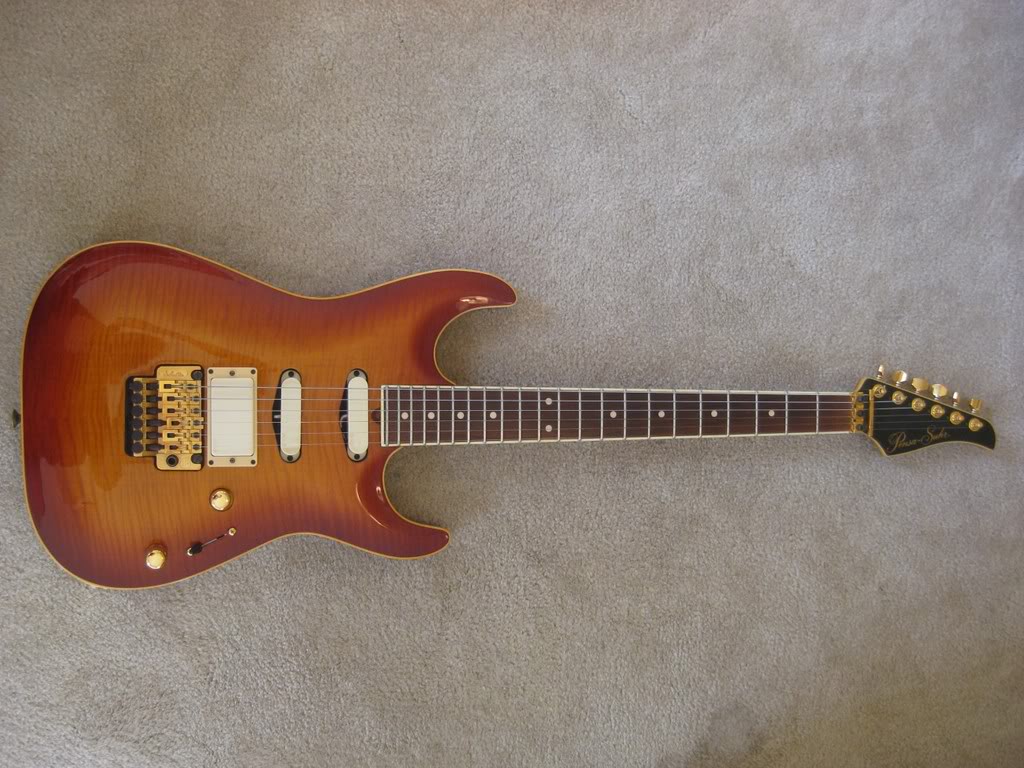 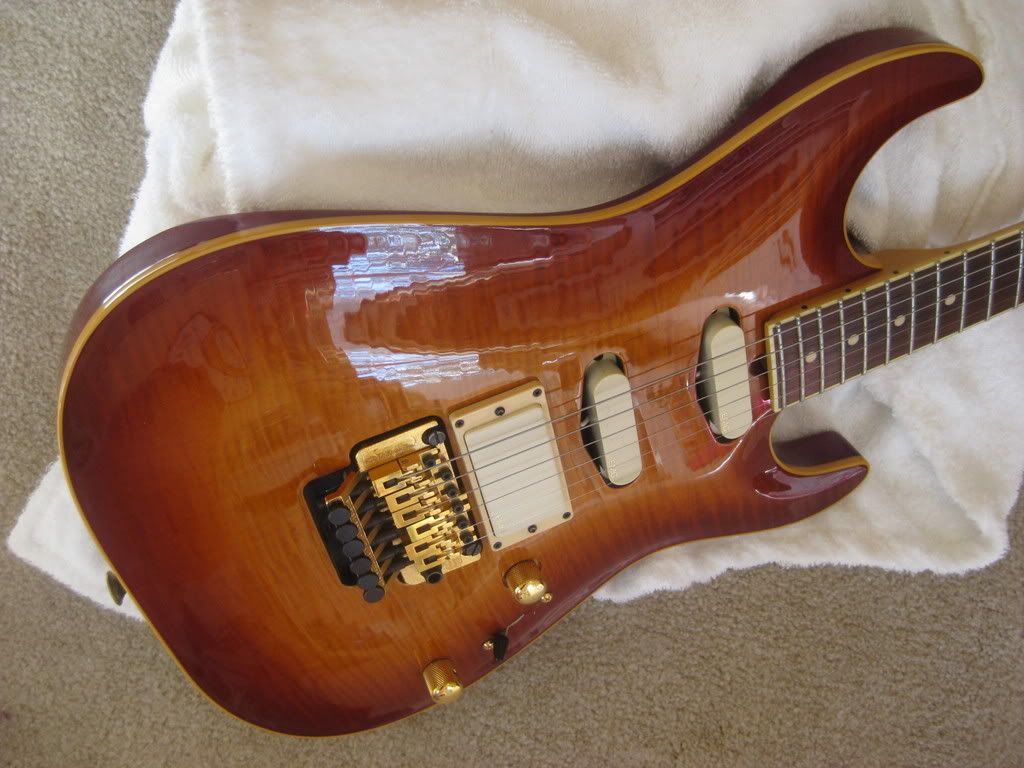 Mine was a Tom Anderson Drop Top. I wish I'd kept it (sigh) 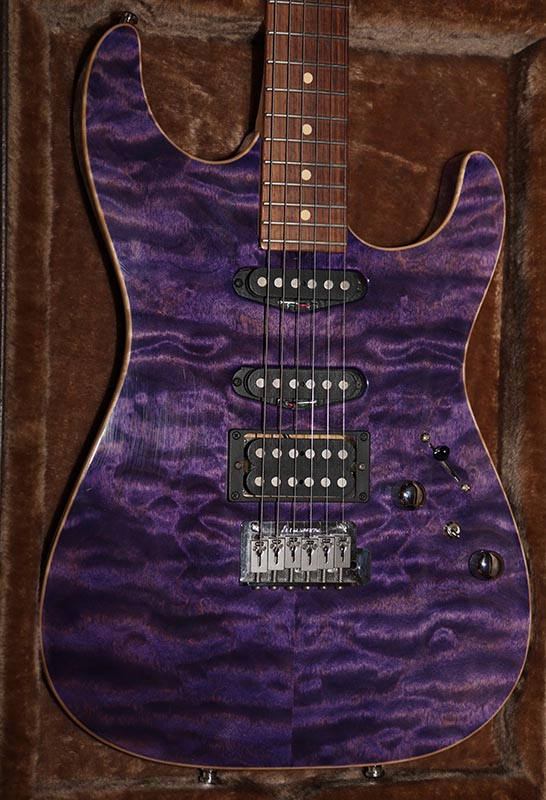 Mine was a Schaefer archtop. Made by Ed Schaefer about 10 years ago. It turned into a nightmare. Agreed on a early 60s Gibson neck shape like my es-125 and it arrived as a .70 D shaped toothpick with super thin nut... Had to ship it back after he convinced me to do a self guided nut replacement over the phone that resulted in messing up the headstock finish and required a total refinish, had to send back and later got it back with a finish that wasn’t properly cured and developed orange peel all over.

We agreed on a full refund after that... in which once he received the guitar back he decided he didn’t have the money to refund me. So after many months of no refund I discovered he was secretly trying to resell the guitar online for over $2000 more than what I had paid. Had to consult a lawyer and had to get it back and sell the guitar myself at a huge loss. I learned a lot from that one!
Last edited: Aug 3, 2020
S 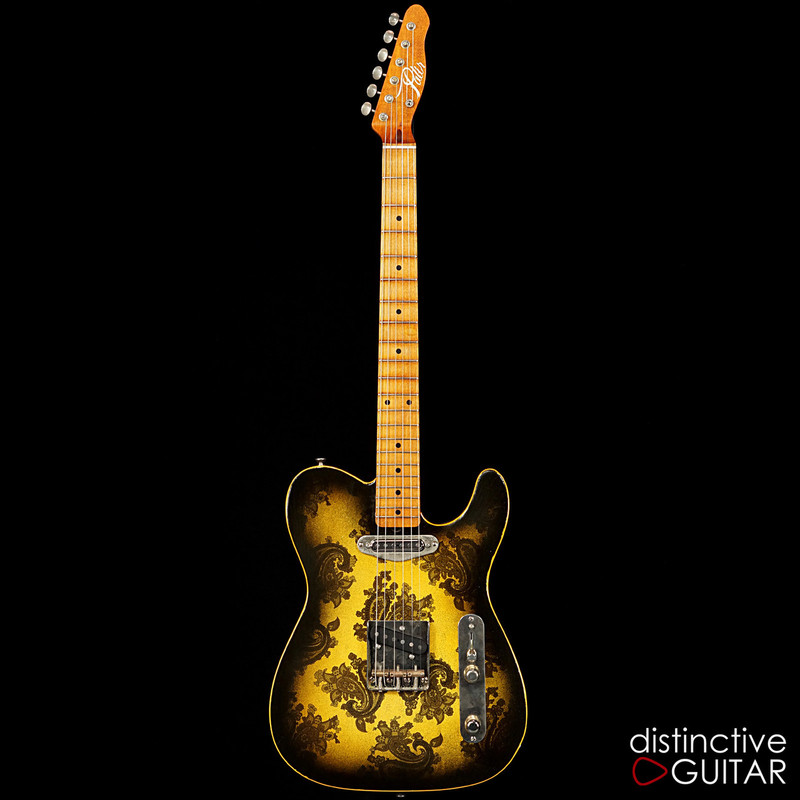 Man that’s amazing
May be my favorite looking tele ever!

First that I’ve owned would be a used Novo Serus J that I picked up a couple months back.

First that I’ve spec’d out and ordered will be a Frank Brothers Signature build that is due in December.

I have a couple of other things to take care of first, but there is going to be a small builder explorer/rd/firebird of some kind soon. Blue Bee said:
Man that’s amazing
May be my favorite looking tele ever!
Click to expand...

Made in Louisiana....bought it used at GC in Michigan. Very unique, plays like butter and sounds awesome! I cannot pull up Palir anymore though online. Thinking John Palir may have closed his doors. Bummer!
B

Lentz Croyden then a Lentz HSL. I need to get a Lentz S type top complete my trifecta