What's the verdict on Richlite fingerboards?

I actually forgot there was richlite on my Midtown Custom for a while. I seriously thought it was ebony for like a year, then was like...oh yeah...

I have it on my Martin acoustic and it's been fantastic over the years. Stable, looks great and sounds wonderful.

There is no doubt in my mind that it is a bit tackier/stickier than rosewood or ebony.

I could not figure out for the longest time why this particular guitar had that "maple fretboard" feel to it. And at the time I did not know it had richlite. Finally I put two and two together. It doesn't produce quite the finger-drag that a glossy maple board does (I hate it so much) but it's not as smooth as rosewood or ebony. Somewhere in between I suppose.

If a Gibson is a custom model it better have an ebony fingerboard or it's a non starter for me,

Maybe dumb question. Is Richlite different than Micarta. I have a Martin acoustic with some kind of plastic-y fret board and I hate it. Feels like playing on, well, plastic. LOL.

So to answer the question, I didn't buy it. Got it as a gift. I picked out the one I wanted in the store and when the person went back to buy it for me somehow, this is what I got. And no I didn't want to turn around and return it, because it seemed rude.

I saw a mini-doc on Godin guitars, and one of the things that came up was their recent
use of Richlite boards.

Mr Godin said it is something like 10 times harder and more durable than ebony, and wont
crack or split and doesnt change with the weather.

So it sounds like it is really good stuff- Mr Godin would certainly know more than I know
about it.
F

Try giving your wife a cubic zirconia ring for your 25th anniversary. It does the same job after all. That's how I feel about richlite.

I have had my Martin for 7 years, richlite and all, and I have never had an issue with my fingerboard at all. It's very, very stable and very, very smooth. It's not an attribute that I hunt for, but I wouldn't turn down a great that had it. Richlite or not, I don't care. It plays great and that's what counts.

Richlite seems like a nice alternative to ebony, but people who say it feels like ebony, well I disagree, I don't think any richlite board feels like the ebony on this guitar. Maybe Gibson had better stock years ago, but the ebony of this guitar is a smooth as I've ever felt on any fingerboard. The Richlite I've felt seems to drag in comparison. So much so, that when I was looking to buy a new Martin gigging guitar, I went the steps it took to get to ebony and wound up with an HD28.

A good piece of ebony is sublime... 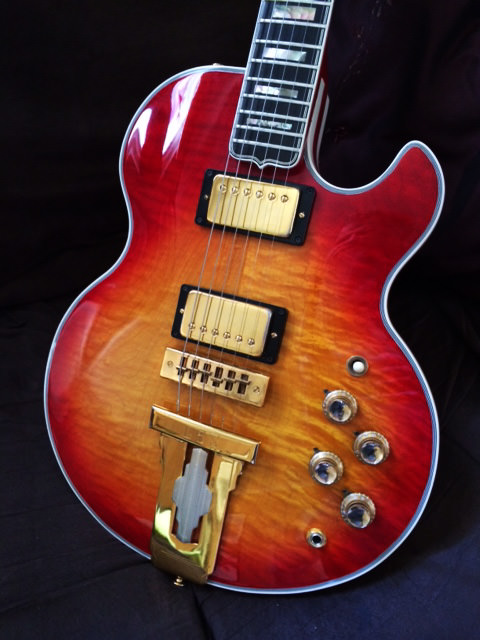 "I like real wood because it has the word 'REAL' in the name and I don't like richlite because I know it's 'FAKE' because it doesn't grow out of the GROUND but a TEST TUBE so I know it's BAD and not GOOD.

What? No, I've never actually played a guitar with a richlite board. But I don't need to actually try it to know it's NOT GOOD because it's BAD.

Nothing UNNATURAL goes in MY guitars. Oh, except for a man made plastic finish, metal parts, a bunch of plastic for the pickups and pickup rings, knobs and switches, tuners, and inlays throughout the instrument.

There's nothing like my old Les Paul with a REAL ebony fretboard even though half the frets are made entirely of giant blocks of mother of pearl inlays."


Now, if you *actually* don't like richlite for a reason a human adult might come up with like "I've tried it and don't like it because of tangible reasons that make logical sense" that's one thing, but this snake oil guitar forum IF IT AIN'T A 59 LES PAUL IT AIN'T A GUITAR garbage needs to stop. People who talk like that sound like a toddler who won't try new food and it's embarrassing. It makes every one of us look bad and it makes those people in particular look terrible. Stop it.


note: and before you ask, no I'm not affiliated with any richlite companies, nor do I own any guitars with richlite boards. I'm open to the idea though.
Last edited: May 7, 2019

I had a Martin acoustic with it and it felt great. I didn't realize it sucked until the internet told me so.

For my next guitar project I just got my richlite fingerboard in the mail. What an interesting material! It’s very black, it looks like ebony honestly.
It is also very dense.
It has a nice ring to it when you tap it. And it doesn’t really smell like plastic, it smells more like some kind of wood. Honestly if you handed it to someone and didn’t say what it was, I think most people would think it’s wood

I have a Martin (Mexican built) that I got for a very good price with a richlite fretboard. I like it and I’m not sure I would have realized it wasn’t ebony if I hadn’t looked up the specs before I bought it. I’m not sure I would want to pay for an expensive guitar and get richlite though.

MusicalMan said:
It’s not like I’ve ever been booed off the stage for being called out for playing on a “countertop” fretboard
Click to expand...

But did you ever find the reason?

The first guitar I owned with a composite board was an aluminum-necked Kramer with Ebanol. It was so black and so nice! Since then I've played a number of guitars with Ebanol or Richlite boards, and I've liked most of them.

There's no reason I need a piece of endangered tree on my guitar so I can be authentic, although some of mine have em. I think guitar makers should be applauded for trying to find effective, sustainable fingerboard materials. The 50s and 60s are over, and while I like the old designs, an instrument doesn't have to be a fetish object.

I appreciate the stability that Richlite offers. The neck of my Martin has proven the least problematic, and least maintenance intensive neck of any of the guitars I have owned, electrics included. Rarely touch the truss rod, and it's on a OOO sized acoustic with a longer scale neck. Go figure.

In my experience Richlite appears to be a stable material, assists with tuning stability and it doesn't seem to be as sensitive to temperature variations and humidity fluctuations as Maple, Rosewood or even Ebony fingerboards. I think it's legit material and a functional alternative to the standard (and dwindling) organic fingerboard woods.

I only speak with my experience with a single guitar (albeit an acoustic), but the material has merit and really shouldn't be dismissed.
Last edited: Jun 19, 2019

It seems like a decent alternative to endangered woods. A material like that should be used on many new guitars. Personally, I'd rather buy a used guitar with a solid wood fretboard than a new guitar with richlite.

I like Godin, and they use it a lot, but Godin is a brand that has always been more modern and innovative. I like that, but I also like the traditional brands too. So I wouldn't mind Richlite on something modern, I want real wood on a Gibson or a Martin. That probably makes me shallow, but I'm fine with that.
You must log in or register to reply here.
Share:
Facebook Twitter Reddit Pinterest Tumblr WhatsApp Email Link