What's your tubescreamer of the minute?

I liked the MkII, but the IV is slightly revoiced (an improvement IMO) and the Classic switch lets you basically have two presets, one with a regular TS tone, and one with well-chosen controls over 100Hz and 500Hz. I use those to add bass and reduce mids, making the Green Rhino really two drive pedals in one at the flick of a switch. Had it for years, and can’t imagine my board without it. 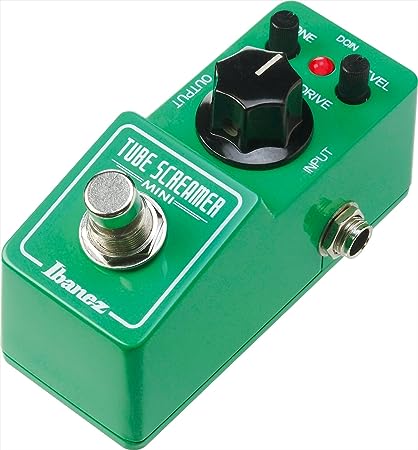 Maxon od808, had it for about 20 years. Recently sold my Maxon od9 as I realized I didn’t really need two.

In case I want to play it more than once.... I'm j/k there is another thread discussing how after a long absence they come back with a modified tube screamer which is a little weak given their pedigree.... Then I actually answered the question

Michigan guitar said:
Green Rhino for me as well. Love the ability to be able to tweak it to fit your particular amp/rig.
Click to expand...

Yep... all the positives of a good TS, with the ability to dial out the negatives
L

TS of the minute.. Pickdropper.
Ranks right up there with my TS's of many decades..'83 TS9, Landgraff, AM modded TV and Silver.
All equally awesome

I have a fulldrive II (older, non-mosfet version), a zendrive, and a TS mini.

I go through different moods, but honestly, I think more often than not the TS mini is the best of the bunch in a live mix.

The fulldrive and zendrive are great for those times when I want something similar, but different, but the TS mini really nails the gold-standard tubescreamer sound.

I'd also give a thumbs up to the Green Rhino MkIV - just an outstanding pedal. There is a sweetness that stock tubescreamers have that just seems to be missing from most "boutique" or "modded" variations. The Green Rhino is the only tubescreamer that I've played that manages to give more versatility, while still retaining the sweetness/smoothness.

I play a '62 bassman, so the stock tubescreamer fits perfectly as is, but I keep thinking about picking up another Green Rhino for those times I have to use backline amps and might want a slight bit more EQ power.

It’s been the same for years... Analogman TS9.

Lovepedal Amp 808.
I love having Bass & Treble controls and the COT is the best lead boost known to man.

Kevsonic said:
I love this one, but it's a whole different thing from a TS isn't it?
Click to expand...

It gives me more options than a tube screamer would. Light to feeding back gain range. The eq toggle sounds great.

Maxon OD9 and a Fulldrive 2 MOSFET.