Why did The Who need session musicians?

I remember hearing a rumor at least that Jimmy Page was a session musician on Can't Explain. Regardless of whether or not this is true, It raises the question, what was done on the early Who records that Pete Townshend couldn't play himself. I mean, he's not the best guitar player in the world but he's more than good enough to play all the stuff on their records.

It was done at the insistence of producer Shel Talmy, who also did likewise with some of the earliest Kinks sessions. American production legend Bert Berns worked with Them (the Irish rhythm and blues group which spawned Van Morrison) in England, too, in 1964-65 (they had a big hit with a Berns song, "Here Comes the Night"), and insisted on using studio players (one of whom was also Jimmy Page) to augment the band. Apparently, from what I've read, being augmented by session players didn't bother the Who half as much as it bothered the Kinks and Them at the time.
M

probably the same reason it still happens now. tight budget and inexperienced band. session guy can just knock it out in 1 or 2 takes.

I'm gonna venture a guess that it had something to do with the technology available at the time. That was way back in the mid 60's, they didn't have the luxury of protools and 24 track recording, maybe they had to get as much done in as few takes as they could? Just a guess...

It was common practice in the era. Take the Byrds "Mr. Tambourine Man," where the only thing done by the band itself were the vocals and Roger McGuinn's 12 string guitar.

It's not always about "playing the guitar". It's also about bringing in someone to come up with an idea the original player isn't coming up with. Likely, JP came up with JP's parts...and that's the added value of JP.

To be fair, they did finally release an album entirely their own - songs, vocals, and instruments. 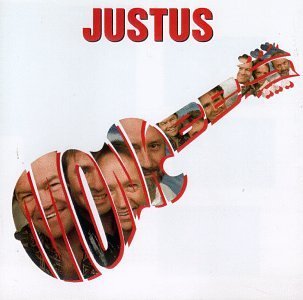 Speaking of JP and the WHO:
JP produced and played the guitar solo on a cover of this song

Read The Wrecking Crew. It covers the subject really well and has some great references to how music was made in the studio back when most bands were augmented to track a record. Sometimes it was to keep the touring version of the band on the road and allow records to be done in parallel and sometimes it was because the bands skills weren't up to it or a bunch of other reasons - preference, speed, efficiency. In the case of the Who.....?
K

In the book Pete wrote his approach to composing and recording lead guitar in his songs was to take a few shots and see what happens .

As has been stated a number of times already, this was how the "industry" worked. It was just as retarded back then (maybe more) than it has always been. Bean counters deciding what the record buying public want from their artists. Often it was simply to save time (get the experienced session player rather than the young man who just got signed) but just as often it was down to A&R men not trusting the artists and wanting the band for their "look" and "attitude" while the session musicians would be paid to play the music. Sad but true.
As an aside, the famous riff in Them's "Baby, Please Don't Go" was often incorrectly credited to Jimmy Page, who did play on the record, but didn't come up with, or play, the famous lead riff. It was actually the guitarist from Them, Billy Harrison.

Working in a studio with limited tracks (all of them, then) it makes sense to pull in an extra player to add parts on the fly, esp if a good studio guy is out in the hall.

At that time, Pagey certainly would have had more experience in the studio than Pete had.

From "A Quick One..." and onwards, all the guitar parts (save for a few choice Leslie West contributions) are Pete's playing.

Let us not forget the trade unions, especially in the UK, whose power extended even into the recording studio. The BBC types, for example, were (in)famous for their hyperaccurate timing re: tea breaks.
S

Hey if they pulled rank on "The Beatles" and George Martin had Ringo sitting on the side when" Love Me Do" was recorded (For which Martin is still apologizing to Ringo for till today) nothing should be a shocker.That was for Forumite (monwobobo) The Beatles first album was recorded in a day in it's entirety= I don't think you can get any faster then that lol.

When I was a kid most of the older teenagers and mags considered Townshend the greatest rhythm player in Rock, but Townshend is playing both rhythm and lead on "Can't Explain" though Page is on their to. As he was brought in to fatten up the rhythm. I am sure when everyone scrolls to the bottom of the page and this track you will all get a chuckle over the Fuzz box- http://www.vh1.com/music/tuner/2014-01-09/jimmy-page-20-greatest-session-moments/
T

ROKY said:
Speaking of JP and the WHO:
JP produced and played the guitar solo on a cover of this song