YOUR "always on" pedal for a BETTER tone

PastaPizzaMammamia said:
On this forum I often got very precious advice on which pedals to try before making a purchase with closed eyes, without first seeing what the alternatives were.

Despite all of us we have different amps and guitars and dozens of pedals, despite different musical tastes and different musical genres played, many users spoke of pedals that kept "always on" and that simply improved the overall tone of their gear.
From my last thread (in which I asked how to have a warm and vintage sound), various pedals emerged with HUGE acclaim.
That pedals are:
Klon (or a clone) Overdrive, Chase Tone Secret Preamp, Xotic Ep Booster, Diamond Compressor, Effectrode Fire Bottle Booster.

As you can see, different types of pedals, yet I was amazed at how, for each of them, dozens of TGP users agreed that they used at least one to "improve the overall tone", sayin' stuff like "this definitely makes everything sound better", "it's a special ingredient for a better tone".

I'm not asking you which is your favorite overdrive or the which one is the best delay on the market.
I'm asking to you which pedal you have always-on in your pedalboard and - in your opinion - gives you a nicer overall sound?

Effectrode La-1A is my always on always, happy pedal at the front of the chain. Pettyjohn Predrive (original) at the back end funny enough. Slight highpass filter and harmonic enhancement on the way into the front of the amp and a great boost when I want to push the amp harder.

With a tweed amp, Durham Sex Drive. For an EL84 amp, any one of a few clean boosts - Baby Pink Booster, boost side of a BOR, Kingsley Serf.

But also a delay on a very short slapback. I use a DD3 cause that's what I have around, but most any delay pedal will do it
G 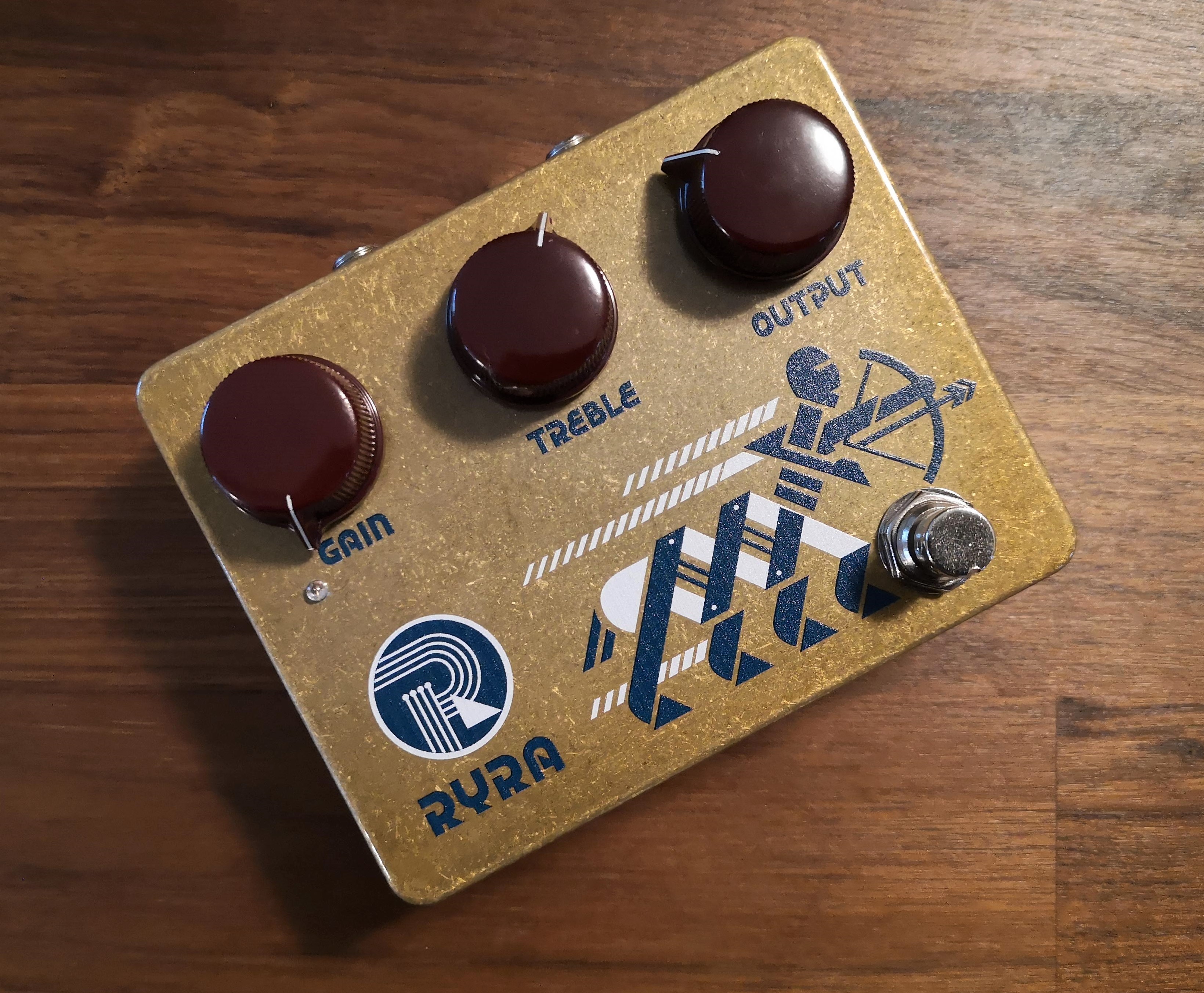 This, with pretty much these settings, maybe treble at noon.

Effectrode Fire bottle - first buffer stage, only fuzz and wah before it. Set to unity.
Effectrode PC-2A - compression set to 9:00 and volume to unity. Other compressors and whammy pedal go between the fire bottle and PC-2A.
B.K. Butler Tube Driver - Set clean (one click away from the first notch I can hear any dirt) and at unity. All drive and boosters go between the PC-2A and the Tube Driver.
Effectrode Delta Trem - last thing on my board. Set for slight volume boost and very subtle slow rotor type panning between my dry amp and my leslie.
Also I always have some kind of delay on, usually a subtle, tape-flavored reverb type delay.
J

Univibe preamps. even if I never step on the vibe, the preamp is an important part of my tone

I always have delay on. Usually a DMM or an analog sim of one, although I really like tape echo as well. I never turn that thing off. I think my dream pedalboard would have to have at least 2 big box DMM's

captaincoconut said:
If you need an always-on pedal, you should start questioning your amp choice.
Click to expand...

I have an awsome Fender Blackface Bassman from 1966 and i keep the Xotic RC Booster always on. I like to have a clean platform and bring the crunch from a pedal. Also, i can EQ depending on the guitar i play and boost the signal from the pedal if i need to trick the soundguy.

I have a couple of boards, and both have an always on pedal. On one it’s an RC Booster, on the other it’s a cali76.

mxr distortion iii, gain nearly off - makes my amp and every pedal i own sound like themselves, but better

PatrickE_FenderADV said:
My amp is my always on tone tool.

captaincoconut said:
If you need an always-on pedal, you should start questioning your amp choice.
Click to expand...

I'm with these guys

But I will say, if my amp did not have reverb, a reverb pedal (or a slapback echo) would be my always-on pedal. Not a fan of dry amps, no matter how great they sound.

Sidmore said:
Chase Tone Secret Pre is the always-on special sauce at the end of my chain.
Click to expand...

Me too. Right before my delay. I toggle between EQ settings based on the amp and guitar, but mostly left on the treble setting, slight boost. As a bedroom player, this really opens my amps up at low volume. It gives my little BF champ some clarity and a little grit.

I have a compressor as the first pedal. I set it for unity gain and just a bit of compression. It adds a bit of sweetness to the tone. I use FXeng RAF Compressor. But any good one will do.

Hulakatt said:
This is such a shortsighted point of view. A great amp is a wonderful thing but can be made better with the interaction of some pedals more than the vast majority of amps available for purchase. We can't all afford Trainwrecks or Dumbles but we can can take great amps to the next level by not being so closed minded. I love my jtm45, it's an amazing amp and I jack straight into it very regularly but there are some pedals that it just eats up and gets somehow better.
Click to expand...

I think it could have been phrased better, but it’s not short sighted. You both have points.

It’s personal, and subjective. In the seventies I had some of my best sound, and all I had was an Ampeg VT40, and an ES-335. Went from clean cleans, to great OD with volume (that we usually can’t do anymore).

I like OD, or boost. I don’t have AN always on pedal, but I do notice I have A pedal (dirt or boost) on almost all the time, just I’m switching between.

We don’t have to have Dumbles or Trainwrecks. I think all of my amps have very good to excellent straight amp sounds.

So I ask myself why then am I also buying lots of these OD and boosts, and rarely play the amp straight?
For myself, I think it has both become a kind of “crutch” (because the bare sound also leaves you more exposed) and also legitimately some solos, or rythm work WANTS a non clean sound and it’s hard to get an amp that has both great cleans, slight OD but not too high a volume when we go for that sound.

And a last thing, that underneath it all, if I listened to my REAL desire, there is a small voice in my head always saying something like “I LOVE the sound of this guitar and amp...gee I wish I could get MORE of it” (which is what I think most people are thinking with “transparent” boosts, OD). But for myself, that “more” is a never ending thing, and you never go BACK (or I tend not to) to just that “great sounding amp”.

It can be a dead end, kind of like how compression in mixing songs started out they’d do it on one song or two on an album, but then that made the others seem weaker, so then every song is compressed. And we are back to square one.

That said, I finally just bought an MXR Timmy, and I have to go play it now to hear if it gives me that more! Not making this up, I just got it yesterday and going to check it out now.